Welcome back!  How are you?  I'm moving a little slowly at the moment.  Not entirely sure why, but I did not sleep well last night.  A good portion of it was probably about trying to adjust to the heat, but I just couldn't get comfortable, and I saw the clock at least once an hour.  BDH and Little Buddha say there are more warm temperatures to come today, and tomorrow is looking like a scorcher, so I better 1) take care of the errands soon, and 2) see how we're doing for sunscreen.  However, let's check out the headlines first.  The guys made plenty of coffee, so grab yourself a nice medium DD, because it's time to clear out some Sunday Clutter.

Facebook announced that Donald Trump's suspension from the site will remain in effect until at least January 7, 2023, and then the company will reexamine the situation at that time.  There's no reason to believe that Trump will behave any differently two years from now than he has for his entire life.  He is spreading lies today just as much as ever, and the country is safer without Facebook giving him the platform to continue spreading violent propaganda and misinformation.  The bigger question is whether or not he'll be in jail in 24 months.  This prohibition should be permanent.  Before the online trolls come after us again, the First Amendment is about preventing the government from criminalizing speech.  It doesn't apply to private companies, so sit down with your ignorant nonsense. 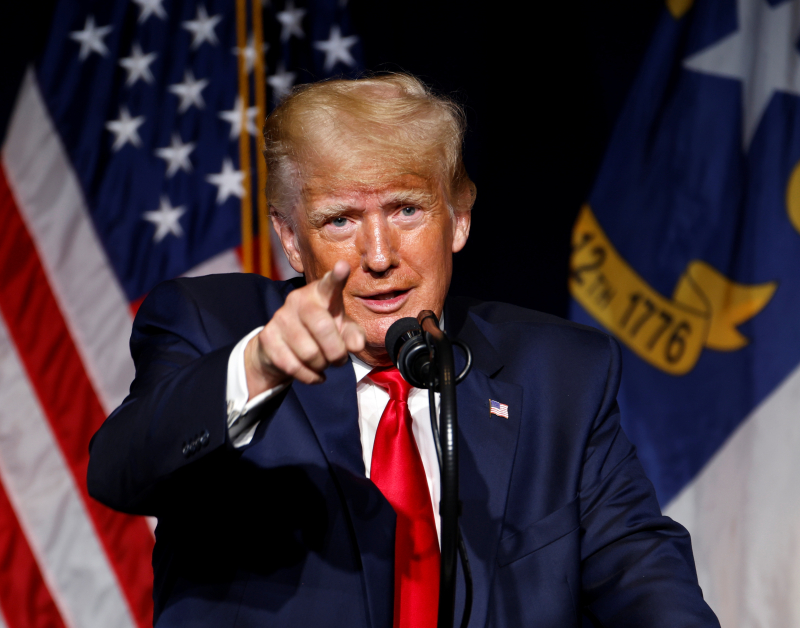 Good to hear Senate Majority Leader Chuck Schumer seems prepared to take action on the filibuster soon.  His plan is apparently to force Republicans to block a number of popular bills, thus demonstrating why the filibuster must be reformed/abolished.  However, what's Schumer's plan if Joe Manchin and Kyrsten Sinema look at the results and then just shrug?  Take this new op-ed from Manchin, for example.  The guy is a Republican in Democrats clothing.

Representative Alexandria Ocasio-Cortez endorsed Maya Wiley in the race for New York City mayor yesterday.  The move should give the lawyer/community organizer a strong boost with progressives in a crowded field where the media coverage has largely focused on Andrew Yang.  Wiley is seeking to become the first female mayor, and second Black mayor, in New York City's history.   The Democratic primary is on June 22, and the winner will likely win the general election.  However, it might take a while to find out who the victor is, because NYC uses ranked-choice voting, and voters will be able to select up to five candidates in order of preference.

A federal judge overturned California's assault weapon ban on Friday, saying the three-decade-old ban violates the Second Amendment.  Judge Roger Benitez wrote in his opinion that an AR-15 rifle is similar to a Swiss Army Knife in terms of usefulness.  That kind of extremist view is completely disconnected from reality, and there will be people in California who are killed because of Judge Benitez's delusions.  No civilian needs that kind of weapon of mass destruction, and the ones who own them are dealing with severe inadequacy issues.

A North Carolina high school student was denied his diploma because he wore a Mexican flag over his graduation gown.  Ever Lopez said he was told by school officials that he had to apologize for wearing it in order to get the diploma.  He refused and apparently still has not received his diploma.  Shame on the school.  There's an agenda behind graduation dress codes which has nothing to do with celebrating this great accomplishment by the students.  Those codes are in place to reinforce the dominance of white middle/upper class views and to punish anyone who doesn't follow them.

Approximately 31 million Americans now get their health insurance via the Affordable Care Act.  The goal moving forward should be strengthening the program so that even more of the country can find health care coverage.  Republicans continue to attack the ACA because they don't want people to be economically secure.  A vulnerable population is easier to control, and that suits the GOP's agenda to promote the economic elite at the expense of everyone else.

The Boston Red Sox beat the New York Yankees 7-3 last night.  A win over New York is always nice, and the fact that this means the Sox have already won this weekend series is even better.  Boston's starter Eduardo Rodriguez provided some hope that his awful May is behind him by giving up three runs over 5 1/3 innings.  The Sox were down 2-0 after five innings and took a 3-2 lead in the sixth.  The Yankees tied it up in the bottom of that inning, but Boston hung in there and responded with a four-run 8th inning, led by a clutch two-out double from Kiké Hernández, who also had been struggling recently.  One of the best things about this year's team is that they have heart and are almost never out of any game.  Next up, Garrett Richards takes the mound for Boston tonight as the Sox go for the sweep against the Yankees, which would be a great way to end a weekend.

We finally watched the Law & Order: Organized Crime season finale.  Overall, it was a satisfying conclusion to the first year, but we have two questions about the last 10 minutes:  1) Was there any indication that you-know-who was the mole, apart from a seemingly throw-away line earlier in the episode?  They hinted at someone else early in the season, but this felt rather abrupt.  2) What exactly was the point in tricking Benson to come to the hospital to meet Stabler?  That seemed odd.  Apart from those two issues, things have been set up nicely for Season 2, and BDH and Little Buddha look forward to seeing what comes next.

General Hospital star Kirsten Storms revealed in an Instagram story that she's recently had brain surgery.  Storms said she had a large cyst removed, and that it was not cancerous.  No word on if/how this situation will be dealt with on the soap opera, where the actress is right in the middle of a high-profile storyline at the moment.  We wish her a full and speedy recovery.

Aerosmith guitarist Brad Whitford doesn't sound optimistic about the band's future, saying health issues are a growing concern when it comes to live performances.  These guys aren't getting any younger, and considering the hard living they went through in their heyday, some might be surprised they're all still here in the first place.  The group is supposed to go on the road in 2022, but Whitford sounds skeptical.  We'll see how it plays out, but we'll always appreciate having had the opportunity to see them live in 2012, and our conversation years ago with bassist Tom Hamilton remains an all-time favorite memory.

Tenacious D's Kyle Gass recruited some friends to appear in his video for "Vaccinated," which is a spoof of the Ramones classic, "I Wanna Be Sedated."

Okay kids, that's going to do it for now.  We better go squeeze in the morning bike ride before the temperatures get too ridiculous.  John Mayer has a new single for you to enjoy.  The video looks like Guns N' Roses "Sweet Child of Mine," and the tune sounds like Toto with some Eric Clapton thrown in for good measure.  Add it all together, and you get, "Last Train Home" for today's, "Song of the Day."

Thanks for stopping by, everyone.  It was great to see you, as always.  Enjoy the rest of your day, don't forget your own sunscreen, and make sure to drink plenty of water.  We want to see you all back here in once piece tomorrow.  Until next time, that's today's Clearing out the Clutter, and we are outta here.