(Programming note:  We have a number of errands that have to be done before tomorrow's inauguration ceremony, so we will see you again on Thursday.)

Welcome back!  How are you?  I was just talking to BDH and Little Buddha about how exciting it is that this is Donald Trump's last full day in the White House.   The nightmare is finally almost over.   At the same time, one can't help being worried about something bad happening tomorrow.  Hopefully the powers-that-be have taken sufficient steps to prevent that.

Yes, we're just over 24 hours away from returning to a competent administration that isn't run by a bankrupt reality TV show host.  Just over 24 hours away from a legitimate president who cares about the United States and doesn't pose a national security threat.  24+ hours from president who understands that science is real and the coronavirus doesn't care about political ideology.  The work is never done, but tomorrow will be a good day for the country.

Now, let's check out today's headlines.  The guys made coffee, so grab yourself a nice medium DD, because it's time to clear out some Tuesday Clutter.

(Don't forget to check out our new T-shirt.  It's only here for one more week!)

Donald Trump issued an executive order yesterday removing most of the international coronavirus-related travel restrictions.  The order would go into effect on January 26, and Biden officials already said they'll block it.  What's the point of this, except to give Trump one more last-minute opportunity to show his loathing of this country?  He lost a fair election, so his response is to continue lashing out and make the U.S. an even more dangerous place.  He's a sociopath who not only must be barred from ever running for federal office again (via impeachment), but must also face the full brunt of the legal system for his myriad of crimes.

It's decision time for Donald Trump:  We're sure he's going to pardon some awful people today, but will that include himself?  The current wisdom seems to indicate no, but we can't take anything for granted here until Noon on Wednesday.  Again, there have to be consequences for misdeeds.

Donald Trump is leaving office with an abysmal 34% approval rating.  It's frightening that even a third of the country still supports this traitor.

President-elect Joe Biden has promised a busy first 100 days of his administration, looking to roll back much of Donald Trump's legacy as quickly as possible.  Some of his goals will require him to work with Congress, but if Republicans try to block him, Biden should seek every possible way to circumvent them.  We don't need to still be held hostage by a party that incited a coup attempt and put Donald Trump before the country for four years.  Voters overwhelmingly chose change last November, and we expect to see it implemented in an aggressive fashion.  This is not the time for small measures. 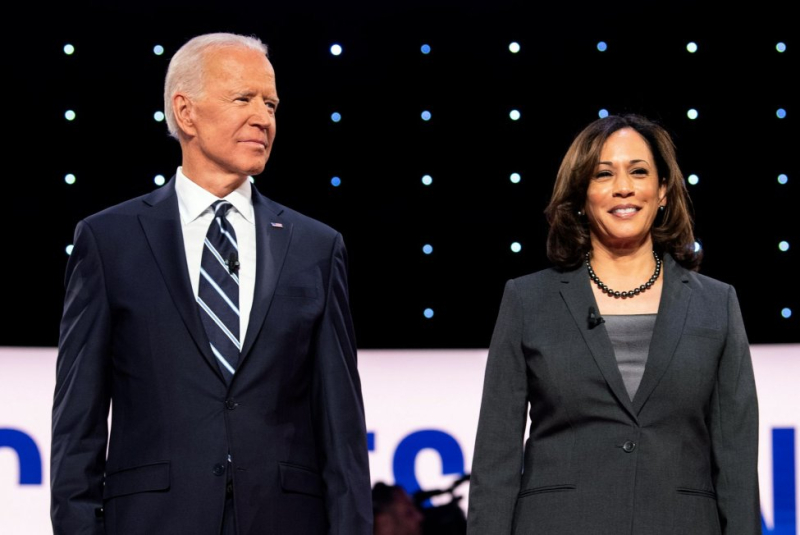 Kamala Harris resigned from the U.S. Senate yesterday as she prepares to be sworn in as vice president on Wednesday.  This may be our favorite non-scandal-related resignation of all time.  VP-elect Harris will be replaced by now-former California Secretary of State Alex Padilla, who also resigned in anticipation of his new office.

Rep. Steve Cohen (D-Tennessee) says he saw freshman Rep. Lauren Boebert (R-Colorado) giving a large group a tour of the U.S. Capitol shortly before the riots.  Rep. Boebert is already under fire for tweeting Speaker Nancy Peolsi's whereabouts during the January 6 attack.  The money here says Colorado will be holding a special election for this seat before the end of the year, and Rep. Boebert better already have legal counsel.

Parler apparently found a Russian company to help it get back online after Amazon shut it down for its role in the U.S. Capitol attack and for fostering threats of further violence before Inauguration Day.  We thought the right-wing hate site was a Russian operation to begin with, but this just makes it clear.  Donald Trump did more to advance Russia's interests over the last four years than he ever did for the United States.

The head of the Wyoming Republican Party thinks the state should secede?  No offense to any of our readers out West, but how long would Wyoming last without the federal government's support?  Three days?  Go ahead, give it a shot.  We'll still be here when you collapse on Friday.

Kansas City Chiefs head coach Andy Reid seems to be whining a bit about Patrick Mahomes having to be removed from last Sunday's game against the Cleveland Browns after Mahomes had his head driven into the ground.  Reid apparently feels the quarterback might have been able to return back in the days before the concussion protocols were implemented.  Anyone who saw Mahomes struggle to stand up, and the dazed expression on his face, knows full well taking him out was the right/only call.

Reid is clearly freaking out that his chances of another Super Bowl championship diminish significantly if Mahomes can't play against the Buffalo Bills in the AFC Championship Game next week.  However, the quarterback is only 25 years old.  While he's already made a fortune, it's clear his long-term health isn't a priority for his coach.  Players are own their own in the NFL, which is why they should grab every last dollar they can.

New York Mets general manager Jared Porter apparently sent unsolicited explicit texts to a reporter in 2016 while he was still working for the Chicago Cubs.  Porter was only hired for his current job last December, but new owner Steve Cohen has to fire him.  This scandal can't be hanging over the Mets right out of the gate under Cohen's ownership.  Show that there are consequences and make the break now.

It looks like Jon Lester is heading to the Washington Nationals on a one-year deal.  We always liked Lester, although the hype when he was traded from the Red Sox to the Oakland A's in 2014 seemed a little overblown at the time.  However, the lefty was 77-44 with a 3.64 ERA over the last six seasons with the Chicago Cubs, and there's no doubt the Sox could have used him.  Oh well, at least we now have...who do we have...Chris Sale returning in the second half of the season from Tommy John surgery, and Eduardo Rodriguez trying to recovery from coronavirus-related cardiomyopathy.  So...there's that.

Let's take a look at a trailer for SNL star Kenan Thompson's new show, "Kenan," which premieres on NBC on February 16:

Thoughts?  We like Thompson, but this doesn't feel all that promising.

Season 3 of The Boys will feature something that will make fans of the comic book series happy.  No spoilers from us, but this will definitely be for mature audiences only.  Really, that's true of the entire show, but this should take that debauchery to another level.

Okay kids, that's going to do it for now.  We could use a little something to kick-start things around here.  Let's have Imagine Dragons close things out with "On Top of the World" for today's, "Song of the Day."

Thanks for stopping by, everyone.  It was great to hang out with you for the last time during the Trump era.  Cheers to all of us for surviving this dumpster fire, and here's to brighter times ahead.  For now, enjoy the rest of your day, stay safe, and we'll catch up with you again soon.  Until next time, that's today's Clearing out the Clutter, and we are outta here.