Welcome back!  How are you?  Sorry we're late.  My sleep has been a little rocky this week, so BDH and Little Buddha turned my alarm off again to give me a chance to reset.  It must have been the right call, because I don't think I woke up once last night.  None of today's errands have to be done by a certain time, so that will all work out fine.  Now, let's check out today's headlines.  The guys made coffee, so grab yourself a nice medium DD, because it's time to clear out some Thursday Clutter.

(Don't forget to check out our new T-shirt!  Every purchase helps increase our coffee budget, and that's a win for everyone!)

It's important to Donald Trump's fragile self-esteem that history remembers him.  Now he'll forever be remembered for being the first White House occupant to be impeached twice.  The House voted 232-197 in favor of his impeachment yesterday, one week to the day after Trump incited the violent mob that attacked the U.S. Capitol.  It was a bipartisan measure this time, with 10 Republicans voting in favor, but that still means that the overwhelming majority of House Republicans condone this assault on the government. 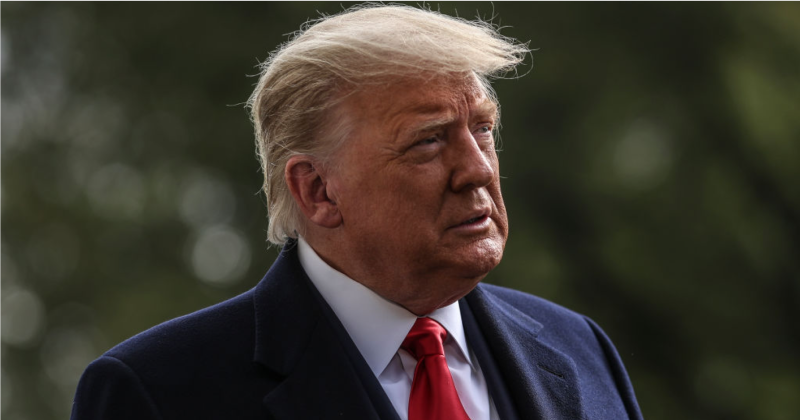 A fitting outcome for a disgraceful presidency.  (pic via mothership.sg)

Putting the fact that a major political party supports violence to the side for now, there will now be a second Senate trial.  This time it will take place under Democratic leadership, because Mitch McConnell still refuses to take a stand and hold Trump accountable for anything while McConnell is still in charge of the Senate.   Incoming-Majority Leader Chuck Schumer will have to balance how to run the proceedings while not letting it overwhelm President-elect Joe Biden's agenda.  However, it's critical for the country that Trump be convicted for a second time and prevented from ever running for office again.  This  tyrant unleashed years of harm on this country, and we have to end this movement if the United States is to survive over the long-term.

Donald Trump released a video yesterday urging his supporters not to be violent.  The message is about four years too late, and he's only doing it because he's worried about his liabilities regarding his role in the riot after he leaves office.  Life is going to get real dark real fast for Trump in six days.  He owes as much as $1 billion and has legal challenges coming from him from all directions.  It's going to be a nightmare, and it couldn't happen to a more deserving person.

It's only mid-January, but this is an early contender for "Most Predictable Story of 2021" - Donald Trump is reportedly refusing to pay Rudy Giulani's legal fees.  Who possible could have seen that coming, except for everyone on the planet?  Vegas never would have taken odds on this, because it was a given right from the start.  We assumed Giuliani was trying to help Trump steal the election in exchange for a pardon for something.  Rudy is suffering from diminished mental capacity if he ever actually thought he was going to get paid.

Dr. Harold N. Bornstein, who used to be Donald Trump's personal physician, died on Friday at age 73.  No cause of death was given, and we're not going to dive into conspiracy theories here, but we would like to know exactly what happened.  Dr. Bornstein is of course remembered for releasing a letter during the 2016 campaign that claimed Trump would be “the healthiest individual ever elected to the presidency” and then later admitted that Trump wrote the letter.  Not sure we knew Dr. Bornstein also revealed that Trump takes Propecia to help grow his hair, but we're sure the Great Pumpkin won't like that being out in the public realm again, so we're happy to mention it.

Twitter CEO Jack Dorsey lamented banning Donald Trump from the site yesterday, tweeting that it was the right thing to do, but it sent a dangerous precedent for the future of the Internet.  Millions of people would argue that the biggest problem with the banishment was that it didn't happen years ago.  Donald Trump violated Twitter's terms of service time and time again with messages condoning/encouraging violence and hatred, thus making himself a threat to the country.  This wasn't some random drunk uncle spewing racist garbage.  This was the most powerful man in the country, and Twitter should have held him to the same standards as everyone else.  We don't know exactly what new regulations await Twitter, Facebook, and other social media platforms, but they're long-overdue.

It's infuriating to hear that Rep. Ayanna Pressley's husband contracted the coronavirus while they and Rep. Pressley's staff were in isolation from the rioters last week. We're closing in on 400,000 U.S. fatalities from this pandemic, and Republicans still refuse to wear masks.  It's all the more inexcusable in this case, since social distancing was not an option.

It's also deeply disturbing that the panic buttons in Rep. Pressley's office were removed without explanation.  It seems increasingly clear that the rioters had inside help, and perhaps Rep. Pressley was specifically targeted.  The danger is both inside and outside of the building.  There must be a thorough crackdown on the white supremacists who have infested law enforcement and the ranks of the House.

Have you read this story?  There's a guy who is down to his final two password guesses to try to unlock his Bitcoin wallet, or else the hard drive containing the Bitcoin is locked forever.  Stefan Thomas lost the piece of paper where he wrote down the password, and his first eight recovery attempts have failed.  That's frustrating, right?  Here's the catch - his Bitcoin is currently worth about $268 million.  The Clutter investment team has many issues with the entire Bitcoin concept, because it feels like a huge scam.  There's also something weird about a security system that permanently locks up your assets.  However, the team wishes Thomas the best and suggest that he may want to find the name of a good therapist, because whatever the final outcome, this has to be doing a number on his mental health.

Delta reported a roughly $12.39 billion loss for 2020, thanks to the coronavirus pandemic devastating the airline industry.  Have you been on a plane since all hell broke lose?  We have not, and it's hard to see how it will happen at any point in 2021, although we expect Delta and its competitors to have a better second half of the year as people get vaccinated.  Granted, we don't fly much anyway, but it will probably be another year before we'd consider doing it again.

Our crew doesn't eat much yogurt, but Chobani is our preferred brand when we do indulge.  That's why we're interested to discover that Chobani is now introducing coffee drinks.  Gonna have to keep an eye out for that at the grocery store.  Odds are this won't be anything that might take us away from the DD mothership, but we'll buy one if we find it and report back to you.

The Houston Rockets are reportedly trading James Harden to the Brooklyn Nets, because the Nets didn't already have enough on their plate with a talented player who destroys team chemistry and goes by the name Kyrie Irving.  Maybe Brooklyn is putting a contingency plan in place because they don't expect the MIA Irving to return to the court this year.  If Harden, Irving, and Kevin Durant were all focused on on the court at the same time, the Nets might be unstoppable.  However, it's more likely they barely make the playoffs after Harden and Irving destroy any leadership potential from rookie head coach Steve Nash, and Durant wonders why he ever thought coming to Brooklyn would be a good idea.

The Many Saints of Newark's release date has been pushed back to September 24, 2021.  We're excited to see the long-anticipated Sopranos prequel, and even more so, because the movie will also be released on HBO Max on the same date.  HBO Max currently has a strong lead as our favorite streaming service, and this news further increases their margin over the others.

Actor Armie Hammer dropped out of his latest movie project after some tweets came out about his alleged sexual interests.  We're not here to discuss the guy's possible kinks.  What we want to know is this:  Is Hammer actually a movie star?  He seems like someone who is constantly pushed as a major celebrity without having the box office receipts to support the claim.  Does anyone go to a movie because he's in it?

Okay kids, that's going to do it for now.  Let's have AC/DC wrap things up with their latest single.  We give you, "Realize" for today's, "Song of the Day."

Thanks for stopping by, everyone.  It was great to see you, as always.  We might take another stab at watching a movie later, and BDH and Little Buddha say you're always welcome to join us, if you like.  Otherwise, enjoy the rest of your day, stay safe, and we'll catch up with you again soon.  Until next time, that's today's Clearing out the Clutter, and we are outta here.