Welcome back!  How are you?  It looks like we may not be able to hang out tomorrow, so BDH and Little Buddha wanted to make sure they had the chance to say hello today.  How's your 2021 going so far?  We had a lazy day yesterday.  Most of it was spent watching  The Twilight Zone and It's Always Sunny in Philadelphia marathons, which we could get into making a new tradition.  The new Doctor Who special was on after that, so we pretty much crammed a week's worth of TV watching into one day.  The guys will be settling in for an afternoon of reading after we're done here to give their brains some exercise.  First, let's check out the headlines.  There's a fresh pot of coffee on the table, so grab yourself a nice medium DD, because it's time to clear out some Saturday Clutter.

Donald Trump continues lashing out in every direction as he faces his final weeks in office.  Trump's latest target is Senator John Thune (South Dakota), the #2 ranking member of the Senate.  As you can probably guess, Senator Thune's offense is acknowledging Joe Biden's win in the presidential election, so Trump is calling Thune to be primaried in 2022.  The GOP allowed Donald Trump to call the shots without restraint over the last four years, but will they continue to be subservient to him even after he leaves office?  In addition to supporting treason and sedition, they're incredibly weak. 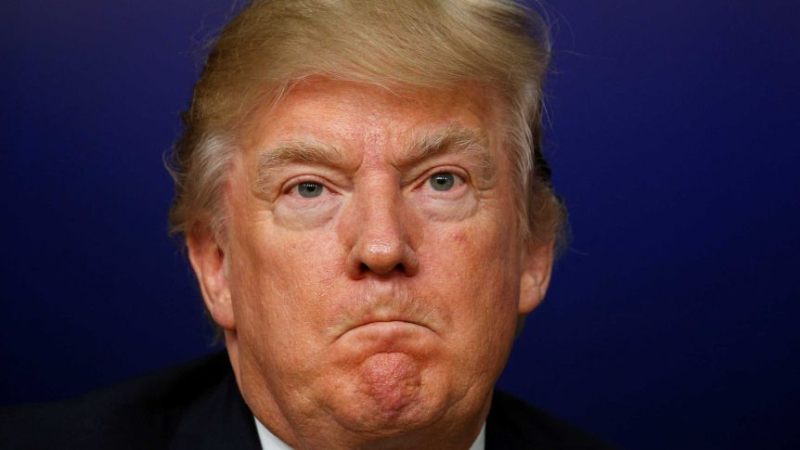 Trump is taking a flamethrower to the GOP on his way out the door.  (pic via abc.net.au)

To be fair, Senate Republicans did find their backbone when it came to rejecting $2000 direct payment checks to struggling Americans and then overriding Trump's National Defense Authorization Act yesterday.  They have no problem attacking democracy, but hurting 99% of the country and making defense contractors even richer is right in their wheelhouse.

A federal judge threw out a lawsuit that attempted to give Vice President Mike Pence the power to overturn the election results when said results are certified on January 6.  The lawsuit never had a chance of succeeding, but it's another chip away at democracy by the MAGA crowd.  They are pushing the idea that democracy is dead into the national consciousness, and if we don't find away to dismantle this threat over the next few years, the danger to the country will will only continue to grow.

In fact, Rep. Louie Gohmert (R-Texas), who filed the lawsuit, says the judge not allowing Pence to overturn a legitimate election must be met with violence in the streets.  That's a sitting member of Congress.  Where's the lie in calling Donald Trump and his allies a national security threat?

Donald Trump is now calling the Georgia Senate runoff elections "illegal and invalid."  We find that to be a bunch of made-up nonsense, but if Trump's cult followers really support him, they'll take him at his word and not vote on Tuesday.

The United States has now recorded over 20 million cases of people who have the coronavirus, and there have been almost 350,000 related-deaths in this country since the start of the pandemic.   There are brighter days ahead, thanks to the vaccines, but the immediate future looks as dark as midnight, so continue to do everything you can to keep yourself and your loved ones safe, friends.

Speaker Nancy Pelosi unveiled a new House rules package yesterday ahead of the new legislative session that begins tomorrow.  The proposed changes include barring convicted former lawmakers from serving again, and protecting whistleblowers, so you know Republicans will complain loudly about that.

A three-judge panel of federal judges put Lisa Montgomery's execution back on schedule for before Donald Trump leaves office.  Her attorneys say they plan to appeal to the full court, and the hope here is that they are able to win a delay until after Inauguration Day.  Capital punishment is a stain on this country's soul, and Donald Trump's recent spree of state killings is entirely about bloodlust and has nothing to do with any notion of justice.

Have all of your Christmas presents arrived yet?  All of the ones we ordered are here (apart from one that we know will take another month to arrive), but the U.S. Postal Service is still working through their backlog.  For all of Donald Trump's efforts to steal the election, he actually carried out the long-alleged "War on Christmas" by wrecking the post office.  Unfortunately, it looks like we're stuck with Postmaster Louis DeJoy for a while, unless Congress investigates his actions last year and can find a way to push him out the door.

The New England Patriots face the New York Jets in the regular season finale tomorrow afternoon, and then...they all go home.  The fact that we have no one to root for in the playoffs right from the beginning is still going to take some getting used to.  We'll see who Dad Clutter wants to root for in the postseason.  The Patriots can't really feel good about any aspect of their game going into Sunday, apart from maybe a little bit on the running side and special teams, but we still refuse to believe that they're as bad as the 2-13 Jets.  We know, New England barely won the first contest, but we'll throw our hope into Bill Belichick finding a way to keep Sam Darnold in check enough for Cam Newton to find a way to eek out enough points for the victory.  A 7-9 record would be oddly positive for this team after all of their struggles this year, but a 6-10 record ending with a loss to the Jets would haunt us until next season.

It sounds like Ghost is planning to return in some fashion this year.  Sign us up for whatever the Swedish heavy metal band has in mind.

Okay kids, that's going to do it for now.  Here's Adele to close things out with a terrific live version of, "Rolling in the Deep" for today's, "Song of the Day."

Thanks for stopping by, everyone.  It's a new year, but it's as great to see you as always. Enjoy the rest of your weekend, stay safe, and we'll catch up with you again soon.  Until next time, that's today's Clearing out the Clutter, and we are outta here.

Posted by Colin Moore at 11:43 AM in Current Affairs, Music, Sports | Permalink | Comments (0)