Welcome back!  How are you?  BDH and Little Buddha were just telling me about the long-range weather forecast.  Looks like it's going to get a little chillier, and snow is mentioned several times.  Guess we can't get too worked up about that.  It is mid-January, after all.  Hopefully we won't get buried again, but hey, we'll just deal with whatever comes.

In any case, happy Martin Luther King Jr. Day to you all.  Remember to dismiss any politician who tries to sell you a softened version of the civil rights leader who they claim would have supported conservative policies in the name of "not seeing color."  Doctor King would have rejected them across the board.  His mission was to dismantle the racist infrastructure of this country, and he paid for it with his life.  Take a moment today to focus on that and ways you can continue his fight.  The goal is as important as ever, given the current state of the country.

Now, the guys say the coffee is ready, so grab yourself a nice medium DD, because it's time to clear out some Monday Clutter.

(Don't forget, the new T-shirt is here, but it will vanish after January 26!)

U.S. officials say they're worried about an insider attack on Inauguration Day, so they're vetting all 25,000 National Guard members coming in for the event.  It doesn't sound like they've actually found anything to be concerned about yet.  However, they can't be too careful, given the presence of people with military experience in the mob that attacked the U.S. Capitol.  These are the fears and dangers that were unleashed in full force by the GOP.  Politicians like Senators Ted Cruz,  Josh Rawley, and Lindsey Graham must face consequences for lying to the public about last year's presidential election.

Donald Trump still takes no responsibility for the recent mob attack, but the rioters themselves make it clear they were following his lead.

Donald Trump is reportedly expected to issue about 100 pardons and commutations on Tuesday.  The first question will be whether he grants them to himself, his family members, and/or the rioters.  If he grants himself a pardon, it may worsen his legal problems after he leaves office, so we'll see if he's willing to roll the dice on that.  The other question is, how much money are Trump and his cronies making off this process?  The stench of this trash pile won't let up, even with only two days left before Team MAGA gets thrown out of the White House.

The coronavirus pandemic continues to rage out of control in the United States.  We're about to hit 400,000-related deaths, and now experts are warning we could reach 500,000 by mid-February.  We shudder to think where the country would be if Donald Trump wasn't being removed on Wednesday.  The incoming Biden administration looks prepared to finally provide competent crisis management, and things will eventually improve.  However, it's still going to take time, so we must continue doing everything we can to keep ourselves and our loved ones safe and healthy.  Wear your masks, keep your distance, and wash your hands, friends.

President-elect Joe Biden is expected to kill the Keystone XL pipeline on Wednesday, which would be a huge win for environmentalists.  From climate change, to immigration, to the coronavirus pandemic, and more, the federal government's positions are about to undergo a major reversal on many significant issues once Biden takes office on Wednesday.  It's not a moment too soon.  The faster Donald Trump's policies are reversed, the better for this country.

President-elect Biden will reportedly name Rohit Chopra to be the next head of the Consumer Financial Protection Bureau.  Chopra is an ally of Senator Elizabeth Warren.  Imagine that, the agency might actually start living up to its name again.

Vice President-elect Kamala Harris will be sworn into office by Supreme Court Justice Sonia Sotomayor.   Just imagine how many girls will be inspired by the image of these two strong women making history.  That's the promise of the United States in action.

The Kansas City Chiefs beat the Cleveland Browns 22-17 in yesterday's divisional-round playoff game.  However, the big news is that Chiefs quarterback Patrick Mahomes was taken out of the game after suffering a concussion in the third quarter.  Mahomes appeared to have a hard time standing up after being driven into the ground, and it's hard to imagine he will be able to play against the Buffalo Bills next week.  Backup Chad Henne managed the rest of the game well enough, but will he be able to beat the surging Buffalo Bills if Mahomes can't play?  We like the Green Bay Packers' chances of winning the Super Bowl much more now.

Meanwhile, the Tampa Bay Buccaneers beat the New Orleans Saints 30-20 in their divisional-round game last night.  The sun will rise, the sun will fall, and Tom Brady will once again play in the conference championship game.  That is life.  Seriously, he's about to play in his 13th championship game in the last 18 years.  Ridiculous.

We felt oddly detached watching Brady and Rob Gronkowski beat the Saints.  After 20 years of a dynasty, there's really no justification for Patriots fans to complain that Brady wanted a new challenge.  However, the money here says the ride ends for TB12 and friends in Green Bay next weekend.  Likely MVP Aaron Rodgers is playing out of his mind right now, the Packers are a more disciplined team than the Bucs, and the current weather forecast in Green Bay next Sunday calls for snow with a high of 30 degrees.  Rodgers and his teammates will take care of business. 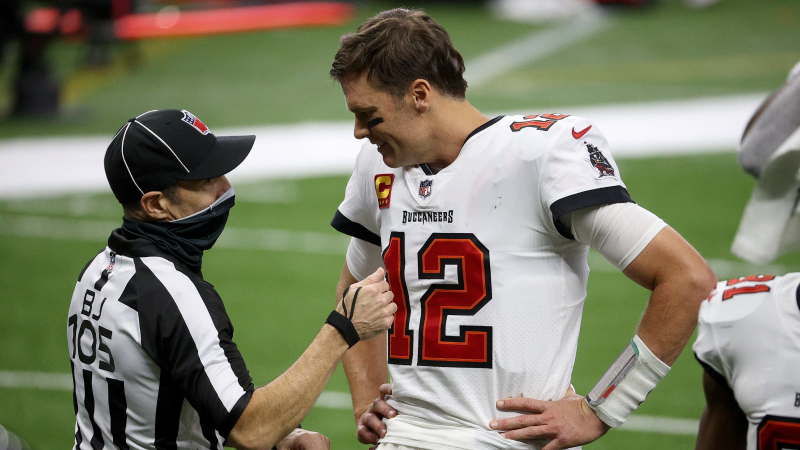 Sorry we're a little late on this one, but Theo Epstein joining the MLB commissioner's office as a consultant is terrific news.  Epstein is a fantastic candidate to address baseball's range of issues from length of games to labor issues.  He brings an instant credibility after turning the Boston Red Sox and Chicago Cubs into World Series winners, and he would bring a fresh perspective to an office that seems out of touch.   In fact, let's just jump forward and make him the next commissioner.

Matt Damon has officially joined the cast of Thor: Love and Thunder.  We were going to say that we had mixed feelings about him joining the MCU but were reminded that he had a cameo in Thor: Ragnarok, so this is technically his return.  It still doesn't seem like a great fit, but what do you think?

We've got the first trailer for Dwayne Johnson's upcoming series, Young Rock, which debuts on NBC on February 16.  Johnson has a fascinating life story that should be entertaining, even to viewers who aren't pro wrestling fans.  Of course, we also expect this show to be "flexible" with the facts in order to make for better TV, and that's fine:

Great to hear  Dr. Dre is out of the hospital after suffering a brain aneurysm on January 4.  We wish him the best of luck with a full and speedy recovery.

Phil Spector died in a prison hospital on Saturday at age 81.  The famed music producer was serving a sentence of 19 years to life after being convicted in 2009 of killing actress Lana Clarkson in 2003.

Okay kids, that's a wrap.  In honor of Dr. King, here's Nina Simone to close things out with, "Why (The King of Love is Dead)" for today's, "Song of the Day."