Welcome back, and a happy 2021 to you all!  It didn't seem like 2020 was ever going to end, but we made it!  The new year will of course bring its own challenges, but just making it through that mess is worth celebrating.  What did you do last night?  It was mostly a combination of The Twilight Zone and The Three Stooges for us.  I decided we deserved some cookies for the last night of the year, and you could argue that was a mistake, but whatever.  BDH and Little Buddha were on a sugar rush for most of the evening and then everyone crashed before midnight.  However, we had a fun evening and slept well, so no regrets.  A healthier diet resumes today.

Before we get to the headlines, we have to mention that today would have been Mom Clutter's 76th birthday.  We love you and miss you, Ma.

Now, let's get to work.  The guys say the coffee is ready, so grab yourself a nice medium DD, because it's time to clear out some Friday Clutter.

It appears there are at least 140 House Republicans who oppose democracy and will vote to challenge certification of the presidential election results on January 6.  Of course there was no fraud, and these fools won't win this time.  Joe Biden will still become president on the 20th, but where do we go from here, knowing that a growing portion of one of our two main political parties is increasingly embracing fascism?  A vote against certification should be hung on every objecting Republican when they run for re-election, but is that enough?

The Justice Department is asking a federal judge to throw out a lawsuit against Vice President Mike Pence that seeks to force Pence to assume more than a ceremonial role during the January 6 certification process and in fact overturn the election results.  Has anyone told Donald Trump about this yet?  Acting Attorney General Jeffrey Rosen just assumed the position on December 24.  Will Trump have to be talked out of firing him today for supporting the law and thus not being "loyal" to Trump?  Inauguration Day is just 19 days away, friends.  We can do this.  It may be 19 of the longest days of our lives, but we can do it.

We're still waiting to hear an official explanation of why Donald Trump came back from Florida early.  Is it connected to the election certification, concerns about possible Iran activity, he didn't want to deal with his supporters on New Year's Eve, or something else?  Whatever the reason, it won't be good for the country.  19 days and counting.

Senator David Perdue (R-Georgia) is quarantining, just days before next week's runoff election, after allegedly coming into contact with someone who tested positive for the coronavirus.  Gotta say, we're suspicious about this one.  Senator Perdue repeatedly ducked challenger Jon Ossoff during this campaign so that he wouldn't have to defend Donald Trump or his own alleged insider trading.  This feels like more of the same, with a slice of playing for last-minute sympathy thrown in for good measure.

Senator Lindsey Graham (R-South Carolina) came out yesterday in favor of a stand-alone vote for $2000 relief payments to happen in the next Congress, thus breaking with Mitch McConnell.  Is this Graham starting to pivot from being Donald Trump's lackey to rebuilding his relationship with Joe Biden?  The man is as unprincipled as they get, but if his comments help force a vote, his self-serving motivation is a secondary issue.

The S&P 500 finished 2020 at a new high, as the index was up 18.4% for the year.  That's a stark contrast to when it was down about 20% at the start of the pandemic.  There are a couple of things we can take from this.  1) There's a complete disconnect between Main Street and Wall Street, where the rich got so much richer, while millions of ordinary Americans continue to struggle.  2) The wealthy can afford to pay much more in taxes, even during a pandemic.  3) From the investor side, these results speak to the power of not panicking in the face of short-term bad news.  Anyone who sold their stocks in March would have missed out on the sharp upturn that started soon afterwards.

We keep reading stories about this woman falsely accusing a black teenager of stealing her phone, and 99% of the stories name the kid without naming his white accuser.  Now, why might that be?  For the record, her name is reportedly Miya Ponsetto.

Cam Newton's struggles have been the biggest headline for the New England Patriots this year.  However, this team needs help across the board, and it's clear that the roster will look very different before the start of next season.

Congratulations to Bianca Smith for becoming the first Black woman hired as a coach by a major league baseball team.  The Boston Red Sox hired Smith to work with their position players in the minor leagues.

We're so excited for the Doctor Who New Year special which airs at 8:00 tonight on BBC America.  It's the first new adventure for the 13th Doctor since the season finale last March, which now seems like it was 100 years ago.  The last episode was a game-changer when it comes to the Doctor's history, and we can't wait to see where the story goes from here.  Of course, we have to remember that this will probably be the last new show for at least eight or nine months, but still, what a way to start 2021.  Oh, BDH and Little Buddha also just pointed out this means we need to get off Twitter by 1:00 or 2:00 this afternoon to avoid spoilers from the folks we follow who live in the United Kingdom.  These guys think of everything. 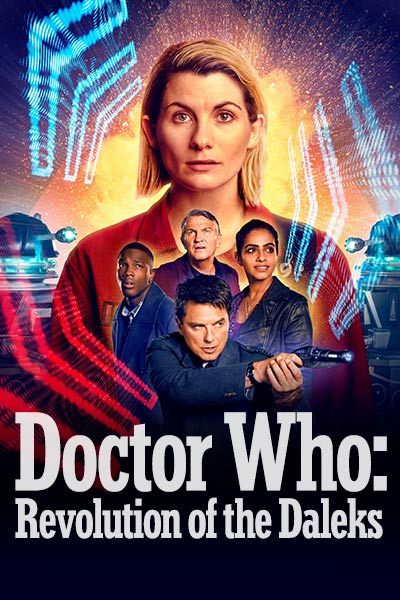 A perfect way to start the new year.  (pic via bbcamerica.com)

The Late Late Show host James Corden is talking about possibly not renewing his contract when it expires in a few years and then moving back to the United Kingdom.  Is this the beginning of a negotiation for a new deal, or is he really just homesick?

BDH and Little Buddha think you need to meet Wendy the Cat and George the Dog, because they're awesome.  Have a look:

Okay kids, that's going to do it for now.  Let's have the Foo Fighters take us out with their latest track.  Here's, "No Son of Mine," for today's "Song of the Day."

Thanks for stopping by, everyone.  It's great to kick off the new year with you.  BDH and Little Buddha invite you to come back later if you want to watch Doctor Who with them tonight, but you know the rules - no talking.  Otherwise, enjoy the rest of your day, stay safe, and we'll catch up with you again soon.  (Not sure if it will be tomorrow or Sunday, but it will be one of them.)  Until next time, that's today's Clearing out the Clutter, and we are outta here.