Welcome back!  Happy August 1!  How are you?  Any big plans for the weekend?  I was planning on taking a COVID-19 test this afternoon.  (I feel fine, but there's been a testing site in the neighborhood all week, and I figured it couldn't hurt to know my status.)    However, I ended up taking it yesterday instead to get it over with, and let me tell you friends, that's an experience.  I'm pretty sure they poked my brain, and that's probably what caused my random dreams last night.

Since that's crossed off the to-do list, today will probably be pretty quiet, apart from listening to BDH and Little Buddha read from their new Elmore Leonard book.  After that, it's the Red Sox - Yankees game tonight, assuming that neither of them is the next baseball team to have a coronavirus outbreak.  Of course, the first thing on today's list is to check out the headlines.  The guys made a fresh pot of coffee, so grab yourself a nice medium DD, because it's time to clear out some Saturday Clutter.

A federal appeals court overturned the death sentence that was given to Dzhokhar Tsarnaev for his role as one of the bombers of the 2013 Boston Marathon, and the court also ordered a new penalty trial. The judges ruled that Tsarnaev did not receive a fair punishment because the trial judge ignored social media comments two members of the jury made before his arrest.  This was the right decision. Tsarnaev and his late brother Tamerlan committed an act of terror that should cost him his freedom for the rest of his life.  However, capital punishment is an abomination, and it should be abolished.

A society can make a claim to any kind of moral righteousness, or it can have the death penalty, but it can't have both.   If killing someone is wrong, it doesn't suddenly become right because the government does it.  State-sanctioned murder is a travesty.  Capital punishment is also a fundamentally and irreparably discriminatory sentence that does not serve any kind of justice.  We hope that when Tsarnaev's new penalty trial takes place, it is held to the high standards we should expect from our judicial system for everyone, and that his sentence will be changed to life without parole. 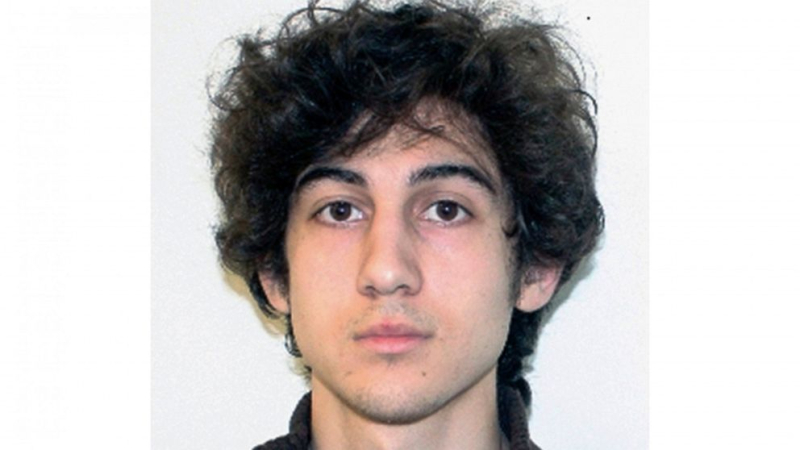 The election is about 90 days away, and Mitch McConnell sees his Senate majority disappearing.  That is why McConnell is reportedly allowing vulnerable incumbents to distance themselves from Donald Trump if they think it's necessary.  Can't wait to see what kind of Twitter tantrum this generates from the Great Pumpkin.  Actually, he'll probably just call it "fake news" today, but if Senate Republicans continue to separate from him, you know he'll turn his fire on them for their "disloyalty."  It will make no sense politically, but the man is hard-wired to self-destruct.  We'd love to see McConnell finally turn on Trump like something out of the WWE...and then still be sent back to the minority.

In case we needed to make this clear, we would prefer that Joe Biden's VP pick not be a Scientology supporter.

It's good to hear that a Michigan appeals court ordered the immediate release yesterday of a 15-year-old Black girl who was incarcerated for not doing her homework.   However, "Grace" never should have been there in the first place.  The girl was on probation for earlier charges of assault and larceny, and doing her schoolwork was a probation condition.  That's problematic by itself, but "Grace" has ADHD and, much like many other children across this country, had trouble keeping up with school after the pandemic hit the country and forced so many into remote learning situations.  The obvious answer was that she needed additional support, not to be sent to a detention facility.  Shame on Oakland County Judge Mary Ellen Brennan, who obviously saw this child as disposable.

Interesting to see that James Murdoch has resigned from the News Corporation board after disagreements having to do editorial content and strategic decisions.  The former seems to relate to the corporation's hostility on global climate change issues.  Apparently James doesn't share father Rupert's conservative political views, as he has donated to Joe Biden's presidential campaign.  Best of luck to Mr. Murdoch as he decides his next adventure.

The coronavirus pandemic has damaged just about every sector of the economy, but Apple is thriving as it becomes the most valuable company in the world, with a capitalization of $1.84 trillion.  The tech giant is up almost 45% this year.  The Clutter investment team suspects that's distorting the true state of the S&P 500.  The index is up 1.25% for 2020, but where would it be if you removed Apple from the equation?

Meanwhile, 25 million Americans are losing the extra weekly $600 they were getting in unemployment benefits.  That will unleash a new round of destruction on the economy if Congress doesn't address it quickly.  One thing this pandemic has highlighted is just how much this country hates economically vulnerable people.

We were just talking about this with a friend yesterday, but apparently "murder hornets" are still a thing, in case you don't already have enough to be concerned about this year.

Major League Baseball commissioner Rob Manfred warns that the season could be shut down as soon as Monday because of the current MLB coronavirus outbreak, if players don't start making better decisions.  What a fraud.  It was clear months ago that playing in a bubble was the only possible way the season might be played all the way to completion this year.  When the powers-that-be chose not to go in that direction, this whole thing was doomed.  It should all be shut down on Monday, Manfred should be fired, and some actual thought should be put into figuring out how to play the game safely in 2021.

The Boston Red Sox lost 5-1 to the New York Yankees last night.  Starter Ryan Weber gave up three runs on four hits (including two home runs) and four walks over just 3 1/3 innings.  Weber has been hurt by homers in both of his starts so far, which is a concerning trend.  It's not his fault, he's not a #3 starter, but this seems to be going even worse than expected.   The Sox offense was limited to just five hits, with their offense coming from a home run by Michael Chavis.  Zack Godley takes the mound for Boston against the Yankees tonight.  This is shaping up to be one ugly season (if we even get past the weekend), and the team should be looking at any other internal pitching options they can find.

Mookie Betts hasn't been in the National League long, but runners will quickly learn to stop challenging his arm, because it almost never goes well for them.  This is the kind of play that will likely make Betts an all-time Los Angeles Dodgers favorite by the time his career is over.  Sorry, Red Sox fans, this is going to hurt to watch:

Walking disaster Antonio Brown has been suspended for eight games for violating the NFL's personal conduct policy.  Brown says he won't appeal and looks forward to eventually resuming his playing career.  Didn't he say he retired a couple of weeks ago?  If there is another team stupid enough to sign this clown show, we will have zero sympathy when he wrecks said team's season.

Fans of Almost Famous will enjoy this discussion of the movie's famous "Tiny Dancer" scene, which is still one of our favorite film moments of the last 25 years.

Ellen DeGeneres is trying to contain the fallout over the investigation into an allegedly toxic environment on the set of her talk show.  However, now the spotlight is on her directly, as actor Brad Garrett and actress Lea Thompson say the problem on the show starts with the star herself.  That's in line with rumors we've heard for years.  Now that these two came out with public statements, will others follow suit?

Hey General Hospital fans, a reminder that new episodes return this coming Monday.  Just a heads-up that there will apparently be a new Sam for a little while, but don't worry, Kelly Monaco should return soon.  We don't remember where most of the stories were heading when everything shut down earlier this year, but that's one of the great things about soap operas - it never takes too long to catch up.

Okay kids, that's going to do it for now.  Neil Young recently reworked an old tune to make it clear that he believes Donald Trump has to be thrown out of the White House, so here's, "Lookin' for a Leader 2020," for today's, "Song of the Day."

Thanks for stopping by, everyone.  It was great to see you, as always.  Just realized we need to run to the store to get some more coffee, but you're welcome to come back later to hang out with the guys if you like.  Otherwise, be good, stay cool, and we'll catch up with you again soon.  Until next time, that's today's Clearing out the Clutter, and we are outta here.