Welcome back!  Come on in, have a seat.  How are you?  We're all doing okay at the moment.  BDH and Little Buddha are happy to curl up in a chair and read for the day, so it's nice not to have to worry about them.  I went grocery shopping for Dad Clutter last night.  It wasn't that late in the evening, but I could feel the emptiness on the drive to the store, like it was 11:00 at night or something.  I got most of the items on the list, but a number of shelves were empty, which was jarring.  These are strange times, friends, but we'll get through them together.  The guys said they wanted to do their part to help, so they made coffee.  Grab yourself a nice medium DD, and let's clear out some Wednesday Clutter.

The White House is sounding the alarm on the need for a large economic stimulus package to help counteract the coronavirus pandemic.  The United States should go big, but it will also be important for someone to figure out how the legislation benefits Donald Trump, because you know his priority is getting his piece of the pie.

Treasury Secretary Steven Mnuchin told Republican senators that the United States could face an unemployment rate of 20% if Congress doesn't take sufficient action to address the coronavirus pandemic.  That would work out to more than 32 million people.  We'll see if that lights a fire under Senate Majority Leader Mitch McConnell, who so far has shown no signs of urgency.  Also, a reminder that you can contact your senator (and Mitch McConnell) by clicking on the "Contact Your Senator" link on the right side of this page.  Tell them to get moving.

You can also click on that link to contact Senator Rand Paul and tell him to stop holding up the coronavirus relief legislation with an amendment on unrelated topics.  This is no time for politics as usual.  We can understand why Paul's neighbor doesn't like him either.

The number of coronavirus cases in New Hampshire is growing, and we're now seeing the closing of public sector buildings, while some private businesses are either also closing or moving to reduced hours.

Nevada ordered the shutdown of all "nonessential" businesses for 30 days, which includes all of the state's casinos, bars, and restaurants.  The economic impact of this pandemic is as much of a concern as the actual health risks, as the country continues to grind down to a halt.

There are currently 218 identified coronavirus cases in Massachusetts, but several scientists believe the real number could be as high as 6500.  We have no idea how big the problem really is, but as bad as the reported numbers are, it's clear that's the tip of the iceberg.  That makes it all the more critical everyone take social distancing seriously.

The roller coaster ride on Wall Street seems likely to continue today, so investors should be prepared for another steep drop.

Maybe you'd like a dog to keep you company while you're socially distancing from everyone?  If so, BDH and Little Buddha think Fiona would make a great new friend:

Even if Fiona isn't the right fit for you, the guys encourage you to check out your local shelters.  Many of them are closed to the public right now but are still doing adoptions by appointment.

Joe Biden continues his path to the Democratic presidential nomination, as he beat Senator Bernie Sanders in primaries in Arizona, Florida, and Illinois last night.  Biden's messaging is already transitioning to the general election, and he needs to find ways to get younger and more progressive voters to support him to be able to beat Donald Trump.   He'll have a hard time doing that until Sanders gets out of the race, so the liberal champion needs to focus on what he can leverage out of Biden right now.

The ride is over: After 20 years and six Super Bowl rings,  Tom Brady is done with the New England Patriots.  Brady made the announcement via an Instagram post yesterday, where he thanked the organization and fans for a terrific 20 years, but said his career would continue elsewhere.  Apparently he's moving on to the Tampa Bay Buccaneers.  That just indicates to us how much he wanted to get away from Bill Belichick, but hey, more power to him.  Brady is one of the greatest athletes in Boston sports history, and he deserves to finish his career on his terms.  We are never going to see another run like the Patriots had over the last 20 years.  All we can do is be appreciative that it happened in the first place and say, thank you. 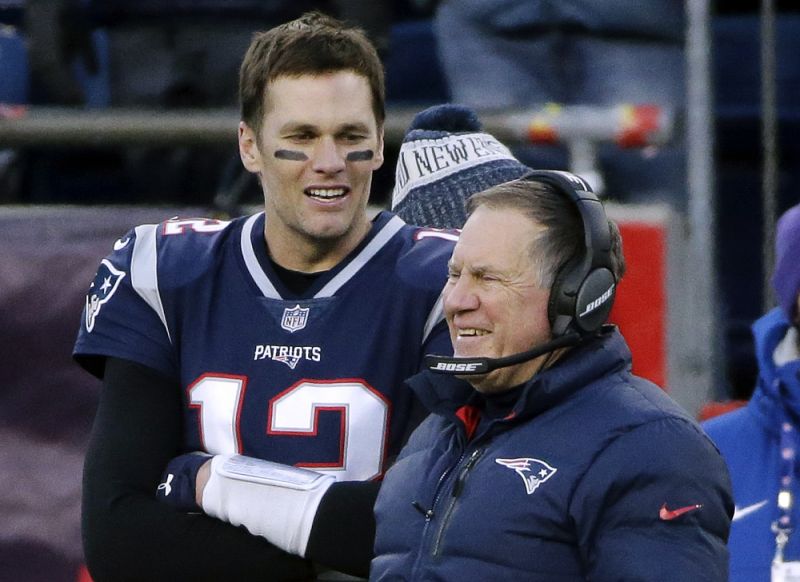 That's a wrap.  (pic via sports.yahoo.com)

Philip Rivers is expected to sign a one-year/$25 million with the Indianapolis Colts.  Maybe the New England Patriots should go after the now-presumably-available Jacoby Brissett and give Jarett Stidham some competition during the next training camp.  Man, it's so weird to be discussing a quarterback competition here.

The Carolina Panthers are giving quarterback Teddy Bridgewater a 3-year/$63 million deal, so Cam Newton will be looking for a new home for next season.  We hope the Patriots don't go after the former superstar who has been hobbled by injuries in recent years.  Stick with Stidham, get him a solid back-up, and let's start a new chapter.

Kevin Durant is one of four Brooklyn Nets players to test positive for the coronavirus.  First off, we wish all four of them a full and speedy recovery.  Second, how come NBA teams all seem to be able to get their players tested so quickly, when the rest of the country can't do it?  Finally, it feels to us like the regular season will eventually be cancelled, not just postponed.  No one knows how long this will take to be fully resolved, and playing in an empty arena doesn't make sense when the players are still in close contact with each other.

The new Black Widow movie's release date is being postponed from May 1, since movie theaters are shutting down during the pandemic.  We would be happy to rent that one online if Disney moves in that direction, but we also look forward to the day when it's safe to see Scarlett Johansson on the big screen.

Sorry to hear that Lyle Waggoner died yesterday at age 84.  We remember the actor for his appearances on The Carol Burnett Show.  Thinking of the show always makes us think of Grandma and Grandpa Clutter, and that always makes us smile.  Our condolences go out to Waggoner's family and friends.

Okay kids, that's going to do it for now.  Let's have the Black Keys close things out with, "Shine a Little Light," for today's, "Song of the Day."

Thanks for stopping by, everyone.  It's always a treat to see you, especially in the middle of everything else that's going on right now.  BDH and Little Buddha are pretty sure that tonight's "One Chicago" episodes are new, so they want you to know you're welcome to come back and watch with them if you like.  Otherwise, enjoy the rest of your day, be good, and we'll catch up with you again soon.  Until next time, that's today's Clearing out the Clutter, and we are outta here.