Welcome back!  Come on in, have a seat.  How are you doing?  My hands look like I was in a minor fight.  I have a number of small cuts because of dry skin from all of this hand-washing.  We must have some moisturizer around here somewhere.  This self-quarantine business means I ran out of excuses to do some cleaning around here yesterday.  BDH and Little Buddha sat in their chair, quietly reading their book, while I got to work.  Didn't get everything, but it was a good start.  The guys tell me that there's snow in the forecast this morning.  Of course there is.  They say it's not supposed to last long before turning to rain.  I can deal with that.  They also say the coffee is ready.  There's a fresh pot on the counter, so grab yourself a nice medium DD, and let's clear out some Thursday Clutter.

Donald Trump signed a coronavirus relief package into law yesterday after the Senate finally did its job and voted on the bill earlier in the day.  The bill provides two weeks of paid sick leave for anyone who has been tested for, or is being treated for, the coronavirus.  Additional legislation is expected soon with more of a focus on stimulating the economy.  The primary focus of that bill has to be helping the workers who have been hurt by this pandemic, and not bailouts for the top 1%.  Corporations who receive government assistance must be held accountable to make sure that their efforts help their employees, not their shareholders.

Representatives Mario Diaz-Balart (R-Florida) and Ben McAdams (D-Utah)  became the first two members of the House to test positive for the coronavirus.  Both of them are now self-isolating, but several other representatives have also done the same due to recently being in contact with the men.  One wonders if Speaker Pelosi and Majority Leader McConnell have come up with a plan for the branches to work remotely.  This is largely a group of older individuals who may have a variety of underlying conditions.  The House and Senate must continue working to address the outbreak, but does it make sense for them to do it together in relatively close quarters?

The IRS wants to make it clear that you have until July 15 to pay your tax bill this year, but you still have to file by April 15.

The New York Stock Exchange will temporarily close its trading floor on March 23 because of coronavirus concerns, but electronic trading will will continue to take place.  The Clutter investment team says most trading is already done electronically, so it seems like this will have more of a symbolic effect on the markets than an actual impact on purchases and sales.

This world gets crazier and more stressful by the day, so it's important to take care of yourself as much as possible.  Here are a few suggestions for how to protect your mental health right now.

This week's new Playboy issue will be the last print version of the year, and it may be the final one ever, as the company shifts its focus to its digital efforts.  It's been sad to watch the decline of the magazine induustry.  We remember many moons ago when the local bookstore's magazine racks ran the length of the building, but now, most stands (where they still exist) seem to be about 10 feet long with a handful of titles.  There's just little space for reading something that is a week to month behind the headlines when the Internet gives you real-time updates.  Oh goodness, we're helping to kill magazines here.  Never thought about before.  Let's move on...

The Detroit Lions are starting to take on a New England Patriots feel under head coach Matt Patricia.  The Lions signed free agent defensive tackle Danny Shelton, and they traded for Pats safety Duron Harmon yesterday.  (It's unknown at the moment what New England got in exchange for Harmon.)  The two players join former Patriots Danny Amendola, Jamie Collins, and Trey Flowers as members of the Lions.  Maybe we'll start paying more attention to Detroit next season, whenever next season takes place.

Meanwhile, the Miami Dolphins are also getting a Patriots makeover.  The team signed free agents Kyle Van Noy, Ted Karras, and Elandon Roberts this week.  We may need to buy a Pats media guide before the season, because it looks like there will be even more new faces than usual.  It will be interesting to see if Tom Brady's departure (which still sounds wrong) impacts New England's ability to sign free agents.  Money drives deals, but will the Patriots still be as attractive without TB12?

Houston Astros ace Justin Verlander underwent surgery on his right groin on Tuesday.  He's expected to be out of action for six weeks.  At this point, that may translate to him only missing 1-2 starts.

The WWE has decided that Wrestlemania 36 will now be a two-night event, and it will be hosted by...Rob Gronkowski.   That sounds about right.  Can't wait to see how that turns out.  The hallmark event will take place on April 4 and 5 in the WWE's performance center and other locations, without an audience.  Wrestlemania is an inherent spectacle, so this year's subdued version will be memorable, one way or another.  The company is clearly making the best of a bad situation, but perhaps they're hoping that SummerSlam in August will be this year's biggest event. 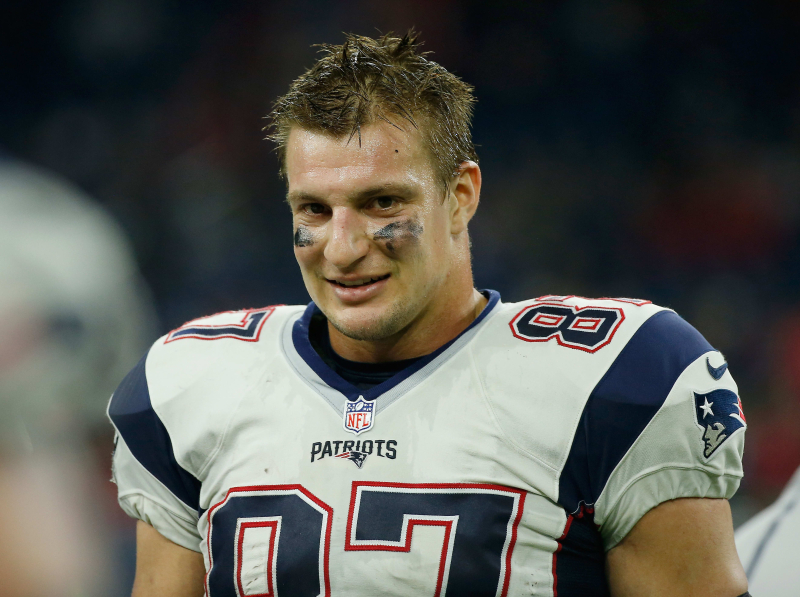 BDH and Little Buddha won't like this:  The "One Chicago" shows are among those looking at shortened seasons because of the pandemic.  Good thing we still have a few years of Chicago Fire reruns to get through.  Might have to start spreading those out a bit instead of binge-watching.

The upcoming Friends reunion on HBO Max is being delayed because of the coronavirus.  At this rate, there will be nothing but reruns on for the next year.

At least next week's Supernatural episode is still new.  Oh hold on, we just saw that they stopped production as well.  Will we have to wait until next year to find out how the series ends?  Stupid coronavirus.

Okay kids, that's going to do it for now.  Feeling a bit of Queen vibe at the moment, so here they are with, "Under Pressure," for today's, "Song of the Day."

Thanks for stopping by, everyone.  It's always great to connect with you, especially while we're all supposed to be keeping our distance from each other.  We hope you have a good rest of your day, stay out of trouble, and we'll catch up with you again soon.  Until next time, that's today's Clearing out the Clutter, and we are outta here.