Welcome back!  Come on in, have a seat.  How are you?  We're dragging a bit here this morning.  We stayed up for all three "One Chicago" programs last night, which was fun, but it resulted in not getting enough sleep.  Turns out those were probably the three season finales, thanks to the coronavirus shutting shows down prematurely.  Now I need to find something else for BDH and Little Buddha to look forward to each week.  There must be something we can find on a streaming service.  Feel free to drop us your recommendations at info@clearingouttheclutter.com.  In any case, the guys say the coffee is ready, so grab yourself a nice medium DD, and let's clear out some Thursday Clutter.

The U.S. Senate approved their $2 trillion coronavirus stimulus package yesterday 96-0.   You don't see many unanimous votes these days. The bill includes direct payments to individuals, as well as loans to small businesses and aid for hospitals.  Senator Lindsey Graham and several Republican colleagues threatened to hold up the deal, because they felt the bill was "too generous" when it came to unemployment assistance.  The economy is in a nosedive, and Graham wanted to make sure the government wasn't overpaying vulnerable workers.  How out-of-touch can you be?  Fortunately, they were unable to stop the legislation from moving forward.  The bill now goes to the House, where it's expected to be approved on Friday, and Donald Trump has indicated he'll sign it.

There are now almost 500,000 coronavirus cases around the world, with close to 70,000 in the United States alone.   There have already been over 1,000 deaths in this country, as the outbreak slams our hospitals.   Those numbers are expected to grow sharply because of this country's grossly inadequate testing measures.   That's why it's critical that people continue to practice social distancing as much as possible, so that this outbreak doesn't bring our health system crashing down. 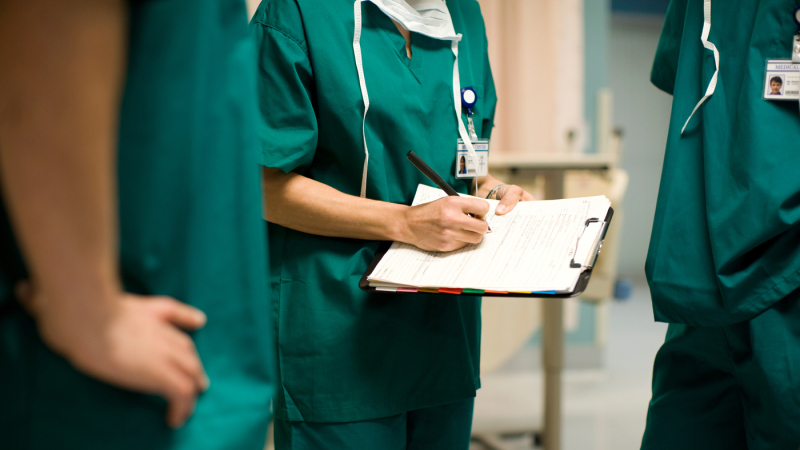 We have to do whatever we can to relieve the burden on hospitals.  (pic via npr.org)

A new poll shows 90% of Republicans trust Donald Trump on the coronavirus.  Trump will lead the MAGA crowd to their demise, and they'll thank him for the privilege.  The GOP is a death cult, pure and simple.

Massachusetts Governor Charlie Baker ordered all public and private schools to remain closed until May 4 because of the coronavirus.  Our thoughts go out to all of the parents who have to deal with that challenge.

Massachusetts Representatives Ayanna Pressley and Seth Moulton both announced that they are experiencing symptoms resembling the coronavirus.  We hope both of them test negative and feel better soon.

Today's weekly unemployment claims report by the Department of Labor is expected to reach a record high, because of the pandemic.  More than three million Americans are expected to have sought benefits in the past week, as the nation's economy gets pummeled by the coronavirus.  If accurate, that would mean an unemployment rate of 5.5% in the United States.  However, that will also likely continue to grow until we have this crisis under control, and that is still at least weeks away.

The new stimulus package improved the mood on Wall Street for a bit, but those unemployment numbers are likely to mean another bad day for stocks.  We may put the Clutter investment team in charge of finding something good to watch on TV instead of tracking these numbers for a while.

Apple may be forced to push back the release of the next iPhone to early 2021 because of expected consumer issues related to the coronavirus.  It might be hard to sell the new toy if 1) no one is able to go into a store, and 2) they're more focused on making sure they can pay for housing and food.

Concord Coach Lines is suspending bus service in New England after one of its passengers tested positive for the coronavirus.  The shutdown takes effect on Saturday and will continue until the outbreak is resolved.  We wonder how many people that impacts, given all of the work closures and other travel restrictions currently in place.  Are buses stopping where you live as well?

Major League Baseball and the players union are reportedly hoping the 2020 season can start in June.  That would be terrific, because we could certainly use some distractions, but we'll see if it's overly optimistic.  The two sides have apparently come to agreement on a number of issues, including how salaries and service time will be handled if the season is cancelled.  It's funny that Mookie Betts could still be a free agent next winter even if he never plays a game for the Dodgers.  That's probably the only situation where you could say the Red Sox made out well in that trade.

We were often worried that Tom Brady might be hurt by Ndamukong Suh, who has long been one of the dirtiest players in the game.  However, Brady has no reason to be concerned about that now, because the Tampa Bay Buccaneers reportedly agreed to a new 1-year/$8 million deal with the defensive tackle.

The Boston Bruins continue to embarrass themselves with their handling of the coronavirus issue.  They were the last team in the league to announce any sort of assistance plan for their workers, and now they've begun layoffs and salary reductions of their full-time employees.  Owner Jeremy Jacobs is reportedly worth more than $3 billion.  He can afford to support his workers without missing a beat.  We urge Bruins fans to remember how disgracefully he behaved during this crisis and to make him feel it in his wallet whenever hockey resumes.

Wonder Woman 1984 has been pushed back to an August 14 open because of the coronavirus crisis.  We're looking forward, on multiple levels, to being able to watch that on a big screen.

The bad news is that last night's Chicago Fire was heartbreaking, (as if the world isn't challenging enough already.)  The good news is that the article we just linked to indicates that it wasn't the season finale after all.  BDH and Little Buddha are happy to hear they've got a couple of new episodes left to watch.  Oh, and the same apparently holds true for Chicago P.D., which is great.  We're going to keep our fingers crossed that it's also correct for Chicago Med.  We'll take good news wherever we can find it these days!

Okay kids, that's going to do it for now.  BDH and Little Buddha want to continue our dance party, so we're going to close things out with MC Hammer' classic, "U Can't Touch This" (which is also good public health advice right now), for today's, "Song of the Day."

If that ends up being stuck in your head all day, you're welcome.

Thanks for stopping by, everyone.  It's always great to connect with you, especially these days when we're all supposed to keep our distance from each other.  Take care of yourselves, be safe, and we'll catch up with you again soon.  Until next time, that's today's Clearing out the Clutter, and we are outta here.