Welcome back!  Come on in, have a seat.  How are you?  BDH, Little Buddha, and I were just commenting on how our windows shake more on windy days like this since they cut down the Clutter Tree.  We miss the tree.  However, we're thrilled you're here.  How about we check out today's headlines?   Sound like a plan?  Sounds like a plan.  The guys made coffee, so grab yourself a nice medium DD, and let's clear out some Saturday Clutter.

Donald Trump's retribution against those who testified in his impeachment trial is underway:  Trump fired EU Ambassador Gordon Sondland and removed Lt. Col. Alexander Vindman from his position as the Ukraine expert on the National Security Council yesterday.  Captain Bone Spurs must have been hyperventilating with excitement at the idea of dismissing a Purple Heart recipient.  Anyone who thought Trump would be humbled or that his behavior would improve after impeachment was naive at best and cravenly cynical at worst.

Senate Republicans feigned outrage when Representative Adam Schiff referred to a comment from an White House source that the administration would put the head of anyone who voted against Trump on a pike.  Some even tried to claim that was why they would vote to acquit Trump.  Well, that's exactly what Trump did to Sondland and Vindman yesterday, (as Don Jr. squealed with glee) and it's just the beginning.  Funny, how the Republicans aren't so outraged anymore. 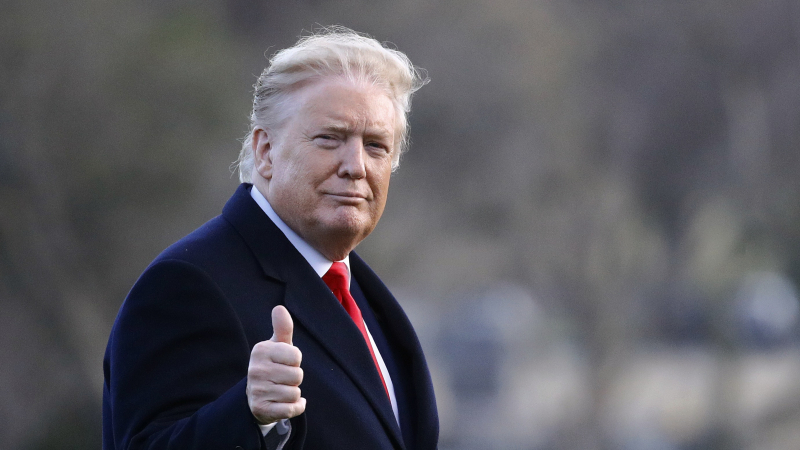 Donald Trump is looking for payback. Maybe he should also look for a hat. (pic via bt.com)

A question for our friends in New Hampshire - what did you think of last night's Democratic presidential debate.  Did it influence your thinking about Tuesday's primary at all?

Harvey Weinstein's lead defense attorney said in an interview that she's never been sexually assaulted because, "I would never put myself in that position."  That kind of victim blaming is repulsive, and we would expect nothing less from an attorney defending a man accused of being a serial sexual predator.

The Clutter investment team remains dedicated to a diverse mix of mutual funds for a successful long-term approach (with Coca-Cola being the one exception.)  That isn't going to change, but the staff is interested in seeing how Warner Music Group does as a public company.

We may not get a chance to celebrate National Pizza Day tomorrow, so maybe we'll get an early start on the festivities tonight.   With any luck, maybe the local pizza place will also have Cherry Coke.

Spring Training starts next week, and the Red Sox still don't officially have a manager.  However, officials said they expect to name bench coach Ron Roenicke to replace Alex Cora.  The team apparently wants to wait until MLB releases their report on their investigation into the Sox, but they must know Roenicke will be cleared.  We predicted Roenicke would be the choice (at least for this season), because he just makes the most sense in the short-term.  He's been with the Sox for two years, knows the players and the rest of the organization, and the team doesn't have time for someone to get up to speed.  Our guess is that this will be a one-year deal unless the Sox win the World Series or something.  In the meantime, we want to know who has been organizing the Spring Training activities?

While they're disappointed they didn't get the manager's job, BDH and Little Buddha would be happy to serve as Roenicke's bench coach if asked.

There's still  no update on the Mookie Betts trade, and if that doesn't get resolved soon, it's going to be real awkward when he and David Price report to Fort Myers in a few days.

A new report says the Houston Astros sign-stealing scandal really began in the front office in 2016.   Who here believes all of the guilty parties in that organization have been punished?  Anyone?  Also, does anyone really think these kinds of activities are limited to just a handful of teams?  Like the NFL, there's so much money at stake here, who wouldn't be looking for every advantage they can find?

We'd love to check out the new comedy, Mythic Quest: Raven's Banquet, starring It's Always Sunny in Philadelphia's Rob McElhenney.  It looks like a funny take on the video gaming industry, and we're big Sunny fans.  However, we're still not going to pay for Apple TV+ right now, so we'll have to wait and see if the reruns become available on another service in the future.

It seems like there's an abundance of bad news in the world these days, but at least former Friends star Matthew Perry has finally joined Instagram, so let us all take comfort in that ray of sunshine.

In a startling headline:  Rolling Stones guitarist Keith Richards has finally quit smoking.  We didn't realize he also apparently stopped drinking for the most part in 2018.  This feels like a disruption in the natural order of things.  Good for him though, and we're still sure he'll outlive the rest of us.

Okay kids, that's going to do it for now.  Let's have health freak Keith Richards and the rest of the Rolling Stones close things out with an impressive live version of, "Gimme Shelter," for today's, "Song of the Day."

Give it up for back-up singer Lisa Fischer, who is every bit as much of a star in that clip as the rest of the band.

Thanks for stopping by, everyone.  It's always great to see you.  Now that they're done with The Good Place, BDH and Little Buddha have gotten into the Amazon series The Boys, which asks an important question:  What would it be like in a world where superheroes were real and they were jerks?  The guys may watch a little more of that, or maybe a few Chicago Fire episodes later today, and they want you to know you're welcome to join them for either show.

Otherwise, we'll be back again on Monday, so enjoy the rest of your weekend, be good, and we'll catch up with you again in a few days.  Until then, that's today's Clearing out the Clutter, and we are outta here.