(Review) Doctor Who: Can You Hear Me?

We're heading down the final stretch of series 12 of Doctor Who, and there is just one episode left after this before the two-part finale.  We've still got so many questions about "alt-Doctor," the return of the Master and Captain Jack Harkness, the destruction of Gallifrey (again), and the ongoing mystery of the Timeless Child.  Will any of that be answered this week?  How about this series?  Let's discuss...

The Doctor and her friends are being stalked by someone who is manipulating nightmares, and it turns out that some old-school villains are involved.

This week was fair.  There was a decent amount of suspense, and the notion of dream manipulators has a lot of potential.   We're also curious how Eternals and Guardians fit into the current storyline. The show also looked better from start to finish than it did during "Praxeus," which makes us wonder if that episode drew the short straw on the production budget.   On the flip side, "Can You Hear Me?" felt a little rushed and was trying to do too many things at the same time.  We also still find it hard to believe that the Doctor has seen an unknown version of herself, the return of her arch-enemy, and the destruction of her home planet again, and her response is search for a different adventure.

We'd probably rank this fourth or fifth out of seven episodes so far, but we're still curious to see how all of this will play out, so we'll see you back here again next week! 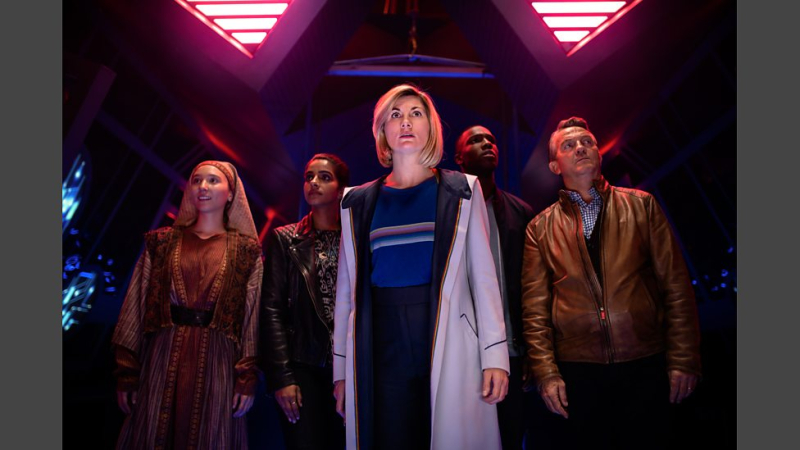 The Doctor and her friends are being targeted.  (pic via bbc.co.uk)