Welcome back!  How are you?  It's 20 degrees outside right now, but it's supposed to reach the 60's this weekend.  That's not normal.  Did you have the same crazy wind we had here last night?  Some of our windows rattle more, now that the Clutter Tree isn't here to serve as a buffer.  BDH and Little Buddha asked if there's a way we can clone the tree.  I wish, guys.  Let's check out today's headlines.  There's a fresh pot of coffee on the table, so grab yourself a nice medium DD, because it's time to clear out some Thursday Clutter.

Donald Trump toned down his Iran rhetoric a notch yesterday, saying there would be no further U.S. military action for the time being.  Instead, Trump opted for the announcement of new economic sanctions.  The Great Pumpkin was most likely expecting the country to unite behind him, and he quickly realized that people aren't falling for him wrapping himself in the flag this time.  We'll see how long this stability lasts.  Trump opened a new can of worms with the assassination of Qasem Soleimani, and tensions still remain high in the Middle East.  Trump also claimed that Iran "will never have a nuclear weapon," even though the United States is the one that backed out of a nuclear deal with Iran, as part of Trump's pathological obsession with undoing Barack Obama's legacy.

Two Republicans senators are angry about the classified briefing they received regarding the assassination of Qasem Soleimani, calling it "absurd" and "an insult to the Constitution."   Apparently Rand Paul and Mike Lee don't like being treated like children who should stay out of the way.  Both men say they'll vote for Senator Tim Kaine's resolution to limit further military action in Iran.  However, if they don't want to be seen as lackeys, they should insist on witnesses being called for Donald Trump's impeachment trial.  Otherwise, the Trump crew will just see their comments as tantrums by "the kids" and continue to insist on blind loyalty from Republicans.

The world is overdue for some positive news, so here's a big one for you:  Supreme Court Justice Ruth Bader Ginsburg said she's "cancer free" in an interview yesterday.  The liberal giant's health has been a concern for many in recent years, as the 86-year-old has been battling cancer.  Here's to continued good health to come for the Notorious RBG.

Twitter is working on an option to limit who can respond to your tweets.  That seems like a major tool in the fight against trolls, although they could still retweet it with a comment.  Well, let's see how this goes.

It's troubling that a new study says alcohol-related deaths in the United States have more than doubled over the last 20 years.  The largest increases were found in women and older Americans.

Bed Bath & Beyond is heading in the wrong direction, and it seems to be picking up speed.  We've got one of their gift cards lying around here somewhere.  Maybe we should find it soon before it's worthless.

Prince Harry and Meghan Markle announced yesterday that they are stepping back from their official duties as members of the British royal family.  The announcement came via a lengthy Instagram post, because that's how you get out your message these days if you're a public figure.  Both have dealt with toxic family issues in the past, and they've decided to do something about it.  Good for them, it takes courage to break from that kind of environment.  Princess Diana would be proud.  The couple said they'll be seeking their financial independence and splitting time between Great Britain and the United States.  Let the speculation about their new residence and careers in the U.S. begin.  Markle's former TV show Suits is done, right?  We wish the couple the best of luck. 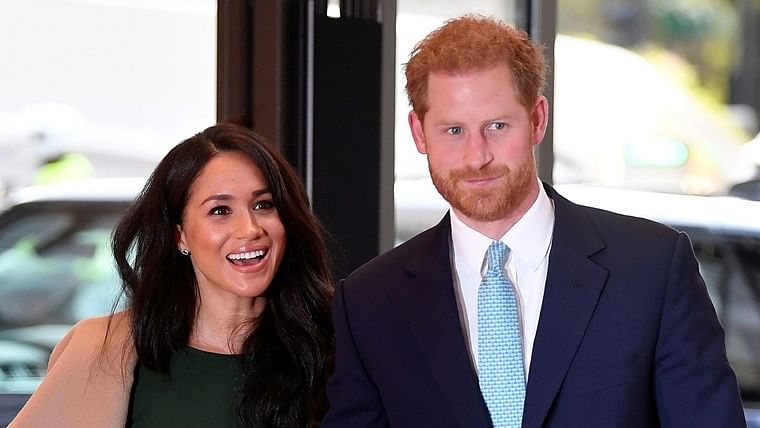 If you see a chance for a happier life, you take it.  (pic via freepressjournal.in)

Speaking of Instagram messages, Tom Brady had a lengthy post yesterday which made it clear he intends to play next season.  However, there was no indication of where he expects to do it.  Brady becomes a free agent in a little over two months, so there's still plenty of time to talk that topic to death.  It's hard to believe he'd want to walk away from a region where he's still considered to be a god, but he's more than earned the right to hear other offers and consider new challenges.

We've got the trailer for the upcoming Netflix documentary about former New England Patriots tight end/convicted murderer Aaron Hernandez.  This looks like it's worth checking out:

This year's NFL head coaching season is already almost over, and it's clear that owners don't care at all about diversity.  In a league where the majority of players are African-American, ownership is about as lily-white as newly fallen snow.  These guys want people who look like them in positions of responsibility, and everyone else should keep their mouths shut while the billionaires continue to print money.

Boston Red Sox manager Alex Cora is facing multiple challenges this year:  He's got a new boss, his team is looking to cut payroll, and he's the common denominator in two MLB investigations into cheating.  It's fair to wonder if the linked Boston Globe article is a warning that the Red Sox could be looking for a new manager before the end of the 2020 season.  John Henry owns both the newspaper and the team, and he's making it clear that the storm clouds around Cora are growing darker.

Jodie Whittaker stopped by The Tonight Show last night to talk Doctor Who with Jimmy Fallon:

We're sorry to hear that writer/actor Buck Henry died yesterday after a heart attack.  Henry was the screenwriter of The Graduate (among other things), co-creator of Get Smart, and a frequent host during the early years of Saturday Night Live.  He was 89 years old.  Our condolences go out to his family and friends.

David Lee Roth launched his Las Vegas residency last night.  It doesn't seem like we need to book our plane tickets for this trip.  Van Halen had a good run, but whether it was for health reasons or other issues, releasing new music and being on the road hasn't been a priority for the Van Halen brothers for years.  Maybe we'll finally get a box set of unreleased tracks somewhere down the road.

Okay kids, that's going to do it for now.  Here's Pat Benatar to close things out with a live performance of, "Shadows of the Night" for today's, "Song of the Day."

Thanks for stopping by, everyone.  It was great to see you, as always.  Enjoy the rest of your day, stay warm, and we'll do this again soon.  Until next time, that's today's Clearing out the Clutter, and we are outta here.