Welcome back, everyone!  It's time to check in again on the Doctor and her friends.  Last time we saw her, the Doctor was reeling from the fact that the Master returned and apparently destroyed Gallifrey.  That's a lot to take in, even for a Time Lord.  Where do we go from here?  Let's discuss...

The Doctor, Graham, Yaz, and Ryan go on an impromptu holiday at an all-inclusive resort called "Tranquility Spa."  Of course, the peacefulness doesn't last long, because the spa is not what it seems.

This week was a disappointing step back from the fun first two episodes of series 12.  "Base under attack" stories are usually good, and we don't mind the climate change explanation in theory.  However, the entire show had a forced frantic feel that was counter-productive.  We didn't have enough time to get our bearings, get attached to any of the supporting characters, or feel immersed in the plot, and then the episode just ended.  Here's hoping the next adventure gets things back on track. 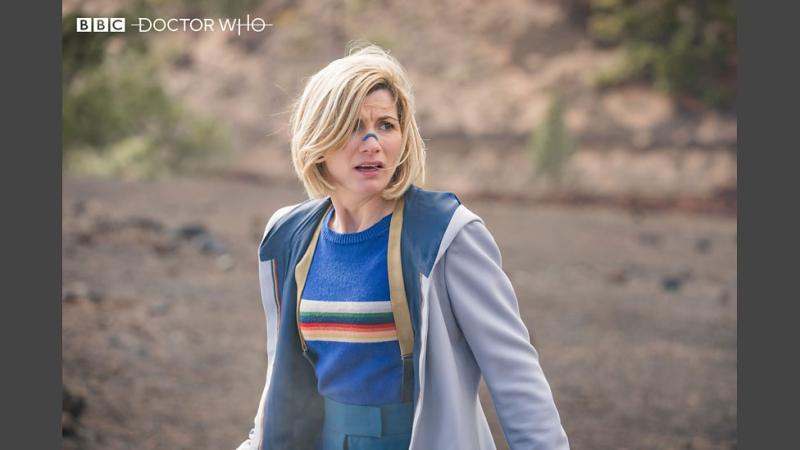 Not the most relaxing holiday of all-time.  (pic via bbc.co.uk)