Welcome back!  Sorry we're late.  As we mentioned on the Clutter Facebook page this morning, something came up which had to be dealt with promptly, and it threw off our schedule.  We were originally planning to be back on Tuesday, but things have quieted down, so BDH and Little Buddha asked if we could hang out with you today after all.  You ever try saying no to these two?  Forget about it.  I didn't get a lot of sleep last night, so apologies in advance if this goes off-track.  However, on the plus side, the guys made plenty of coffee, so grab yourself a nice medium DD, and let's clear out some Monday Clutter.

Just like we predicted yesterday - Donald Trump is already bailing on his "imminent threat" explanation for the assassination of General Qassem Soleimani, because no one was falling for the story.

Donald Trump thinks he should get the credit for drop in cancer deaths in 2017.  Who wants to take bets on whether that's based in reality?  Anyone?  What Trump definitely doesn't want you to know is that he's repeatedly tried to cut funding for the National Cancer Institute, but his proposals are ignored by Congress.

It's disappointing, but not surprising, to hear that Senator Cory Booker (D-NJ) is suspending his presidential campaign.  Senator Booker is a reasonable moderate who never really found a solid footing in the Democratic primary.  He presented an alternative to progressive leaders Elizabeth Warren and Bernie Sanders, but he lost that spot when Joe Biden entered the race.  Booker stood to benefit if one of Biden's many gaffes caused the former VP any significant harm, but that hasn't happened, and time ran out for him.  His departure leaves former Massachusetts Governor Deval Patrick as the last African American candidate in the race.

Despite what anti-abortion protesters claim, a new study shows that the vast majority of women who have had an abortion do not regret their decision.    We've seen similar numbers before, and this strikes directly against the mandatory counseling/waiting period requirements that abortion opponents file year after year in legislatures across the country.  The bills imply that women don't understand what they're doing and need to be told to wait so they understand what their actions before they regret it.  What it comes down to is this - women should make their own health care decisions. 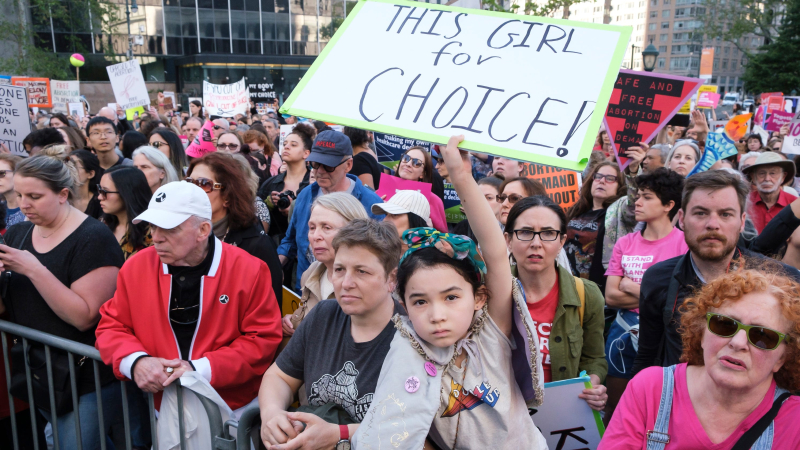 It's unfortunate that the U.S. Supreme Court won't hear Michelle Carter's appeal of her involuntary manslaughter conviction relating to the suicide of her late boyfriend.  It was a bad decision which did a disservice to those suffering from severe depression, and it may prevent some of those people from seeking help in the future.  As we've said here before, suicide is not a topic that the judicial system is well-equipped to handle.

Friends, we all have a limited amount of time on this planet.  Can you imagine wasting that precious opportunity on protesting Burger King using hte word "damn" in a commercial?  That's just sad.

Things weren't looking good for the Kansas City Chiefs yesterday.  They were quickly down 24-0 to the Houston Texans in the 2nd quarter of their divisional round match-up, and people were already writing about Andy Reid botching another playoff game.  However, you could say things got better quickly, as the Chiefs came back to beat the Texans 51-31.  They now move on to face our favorite remaining team, the Tennessee Titans, in the AFC Championship Game next weekend.

Over on the NFC side, the Green Bay Packers beat the Seattle Seahawks 28-23 last night.  Aaron Rodgers and company now move on to face Jimmy Garoppolo and the San Fransisco 49ers next week.  Seeing how we spent most of the season hoping to see a Tom Brady - Jimmy G. match-up in the Super Bowl, it looks like we'll have to root for a Titans - 49ers game instead, since that would still have a strong New England Patriots undercurrent to it.

The Cleveland Browns will reportedly hire Kevin Stafanski to be their next head coach, so it looks like Josh McDaniels will be staying with the Patriots next season.  You have to wonder if New England is really the only long-term NFL option available to McDaniels at this point, given the fiasco with him bailing at the last minute on the Indianapolis Colts job a while back.  In any case, does McDaniels staying tip the scales at all for Tom Brady to do the same?

Didn't get a chance to talk about this earlier, but Mookie Betts agreed to a $27 million contract on Friday to avoid arbitration.  The feeling here is that seals the deal that Mookie will at least be with the Boston Red Sox until the end of the 2020 season.  Who is going to rent him at that salary level for even half a year, knowing that he intends to go to free agency after that?  Betts is a generational level superstar, but the pressure to perform is going to be at volume 11 this year.  The team will benefit if he responds, and if he doesn't, maybe his asking price will be closer to something the Sox feel they can work with in 2021.

The team also agreed to an $11 million deal with Jackie Bradley Jr., which tells you how much they value his glove, because anything over a .225 batting average for the center fielder is a bonus.

The 2o20 Oscar nominations are out.  At first glance, the biggest issues that come to mind are 1) Not a single woman was nominated for best director?  Really?  The Academy couldn't find one candidate in all of Hollywood?  2) We didn't see it, but Joker getting 11 nominations feels dubious.  3) Adam Sandler should have gotten a nod for his work in Uncut Gems.  Maybe he wouldn't have gotten the win, but he definitely earned a place on this list.  4) Al Pacino was a distraction in The Irishman.  That nomination is more about a legacy than his performance.

How do you feel about the nominees?

We've got the first trailer for a movie called Morbius, which comes out on July 31.  As we understand it, the title character (played by Jared Leto) is an ill scientist who ends up becoming a vampire.  This fits somewhere in the Marvel universe in the Spider-Man area, yes?  Help us out, MCU fans.  Leto doesn't inspire us to go to the movies, but we'd dig seeing former Doctor Who star Matt Smith on the big screen again, as long as this isn't a 30-second role as Leto's friend.  The presence of Jared Harris as Leto's mentor is also a plus.  Is this something we need to see immediately?  Drop us a line at info@clearingouttheclutter.com, and check out this clip:

Okay kids, that's going to do it for now.  We're 10 coffees in and still need some help to keep moving, so here's Linkin Park to help us out with, "Faint," for today's, "Song of the Day."

Thanks for stopping by, everyone, especially since we changed today's schedule.  You always make BDH and Little Buddha smile.  Enjoy the rest of your day, be good, and we'll catch up with you again soon.  Until next time, that's today's Clearing out the Clutter, and we are outta here.