Welcome back, and a happy Friday to you all.  I'm trying to figure out why this week went by so quickly.  I guess it was because we were so productive?  Sure, let's go with that.  What's on the schedule for the weekend?  We're not sure what to do with ourselves around here since the New England Patriots were bounced out of the playoffs so quickly.  (Yes, we feel the sympathy of all of you non-Patriots fans.)  We might still watch some of this weekend's games.  BDH and Little Buddha love the drama of post-season games that don't involve the Pats.  It's enough to keep them glued to the action without getting too nervous.  Maybe we'll see what's playing at the movie theater.  Anyway, we'll figure it out.  In the meantime, the guys made coffee, so grab yourself a nice medium DD, and let's clear out some Clutter.

The House approved a resolution on Thursday that prohibits Donald Trump from taking military action against Iran without congressional approval.  The motion passed on mostly party lines, with three Republicans and one Independent voting for it and eight Democrats voting against it.  One of the three Republicans was Representative Matt Gaetz (Florida), who is about as big of a Trump cheerleader as one can find in Washington.  Will he be punished by his idol for the vote, or will Gaetz use it in his re-election campaign as proof that he only votes with Trump 99% of the time? 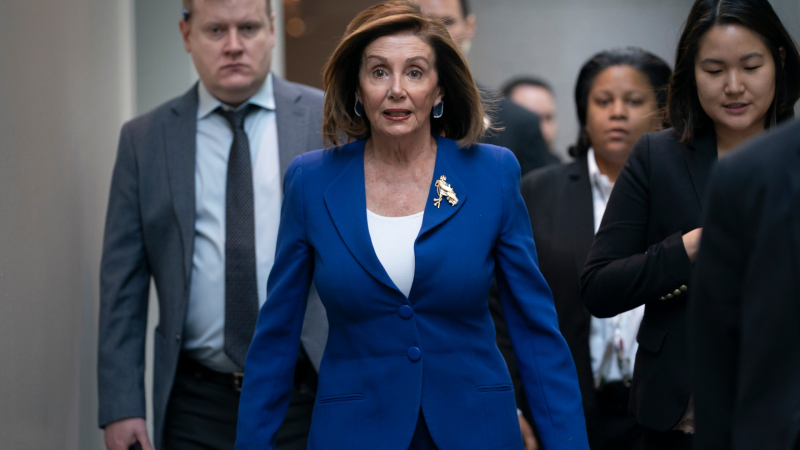 This isn't a binding resolution, it's more a declaration that the House is not on board with Trump's current haphazard and reckless approach to the issue.  We'll see what comes of it after the Senate votes on their own version.   Senator Mike Lee was disgusted by the classified security briefing the Trump administration provided recently.  Are any of his fellow Republicans senators willing to join him and vote against Trump on this issue, even while they enable his corruption by trying to rush through the impeachment trial?

Donald Trump seemed even more incoherent than usual at a press conference yesterday, leading to speculation about what caused his seemingly-disoriented state.

Shame on Representative Doug Collins (R-Georgia) for claiming that Democrats are "in love with terrorists" because they objected to Donald Trump's assassination of Qasem Soleimani without congressional consultation.  Trump's actions were impulsive, made the world more dangerous, and would only be defended by a lapdog.  What Democrats love are leaders who aren't corrupt, don't align themselves with dictators against this country's allies, and don't kidnap children.  We'd argue that this is a new low for Republicans, but the last three years have made it clear they're still in free-fall and will probably find a new way to top this within a week.

The video footage of Jeffrey Epstein's first alleged suicide attempt was "mistakenly" lost, according to prosecutors.  That's not suspicious or anything.

Facebook won't back down on their policy to allow politicians to lie in their online ads.  There's way too much money to be made to let little things like honesty get in the way.  Meanwhile, "regular" advertisers are still subject to a review process.  Full disclosure:  We run Facebook ads and don't have an objection to the reviews - it's just that our leaders should be held to the same standards.  BDH and Little Buddha think everyone should be honest.  We think everyone should be more like BDH and Little Buddha.

Maybe we're missing something, but the overwhelming volume of commercials for the Ring home security system is obnoxious.  Add to that the fact that Amazon has been forced to fire four employees for snooping on customers' videos?  Pass.  It seems to be like having an Amazon Alexa - you're just giving away your home privacy to the company.  No thanks.

MLB's Opening Day is March 26?  Oof.  As much as we love the Boston Red Sox and baseball in general, there's no reason to keep pushing the baseball season earlier in the year.  Baseball is not meant to be watched outside in March.  It's hard enough getting friends to take tickets for early April games.  It's a good thing the Sox start in Toronto against the Blue Jays, where they've got a domed stadium.  Boston's home opener is April 2 against the Chicago White Sox.

The IOC has banned political protests during the 2020 Tokyo games.  We can't have corporate sponsors feeling uncomfortable or anything.

Director Scott Derrickson is walking away from Doctor Strange in the Multiverse of Madness project, over "creative differences" with Marvel Studios.  Derrickson directed the first Doctor Strange movie (which we enjoyed) and promised that this one was going to be more of a horror film.  Did his vision scare off Marvel?  In any case, Benedict Cumberbatch is still the the lead character, so we'll show up for the movie, which is scheduled to be released in May 2021.

There will be a Grammy tribute concert to Prince on January 28 which will air on TV later in the year.

Let's take a look at the trailer for the new season of Fargo, which stars Chris Rock this time:

Okay kids, that's going to do it for now.  Maybe we can slow things down just about around here if we have Pink Floyd take us out with, "Comfortably Numb," for today's, "Song of the Day."

Thanks for stopping by, everyone.  It was great to see you, as always.  Enjoy the rest of your day, be good, and we'll meet back here again for more fun soon.  Until next time, that's today's Clearing out the Clutter, and we are outta here.