Welcome back, and a happy Thanksgiving to you all!  Before we go any further, BDH and Little Buddha want to tell you how thankful they are to hang out with you each and every day.  Not to pump up your egos too much, but the guys think you're pretty awesome.  We had an early Thanksgiving dinner with Dad Clutter and others last night, and it was delicious.  It was also some nice family time, so the holiday season is off to a good start on this end.

Today is going to be pretty quiet here.  Once we're done checking out the headlines the major task is watering the plants.  After that, we're probably going to watch The Irishman on Netflix this afternoon, so you're welcome to join us for that if you like.  For now, let's get to work.  The guys just brought in the coffee, so grab yourself a nice medium DD, because it's time to clear out some Thursday Clutter.

Former Navy Secretary Richard Spencer wrote in a new op-ed that Donald Trump “has very little understanding” of how the military works.  To be fair, Trump has little understanding of how anything works, so there's no reason this should be any different.  He also certainly has no grasp about what it means to operate under a code of conduct or with any sense of honor, and he's not about to learn now.  Trump's interest in the case of disgraced Navy SEAL Edward Gallagher may have been partly driven by right-wing media, but we still think someone cut a check that will eventually end up in the Great Pumpkin's tiny hands.  The guy doesn't do anything unless there's money to be made (and then lost and then hidden in his tax returns.)

It's deja vu all over again:  Why is the White House suddenly withholding aid to Lebanon without explanation?  Did the Lebanese government refuse to investigate Joe Biden or perform some other corrupt act to benefit Donald Trump?

There is almost nothing whatsoever that we agree with Donald Trump about, but we do need to take a minute to congratulate him for one thing he did this week.  He signed a new bill into law which makes animal cruelty a federal crime.  Call us suspicious about why he did it, but the fact remains that he signed the bill which leaves offenders facing a fine and/or a prison term of up to seven years.  People who abuse animals are garbage, and they should be punished severely for these atrocious acts.

Another lawsuit has been filed against Ohio State University claiming the school failed to protect students and athletes from school doctor Richard Strauss.  That means roughly 350 people have now made claims of sexual abuse against the late Strauss.  This is the situation where Representative Jim Jordan is accused of ignoring Strauss' behavior while Jordan was an assistant wrestling coach at the university, so forgive us for not listening when Jordan pretends to be offended by anything or anyone, especially people who disclose criminal behavior.

BDH and Little Buddha want to make sure we include this video of a little girl who reads to the animals at her local shelter every week.  The whole thing is very cute, and remember: adopt, don't shop.

The holidays came early for pitcher Drew Pomeranz, who will reportedly sign a four-year/$34 million contract with the San Diego Padres.  We recognize that making a little over $8 million isn't a big deal in baseball anymore, but it still feels like an over-payment for a guy with a career 46-58 record with a  4.04 ERA.  It just shows that if you can throw a baseball with your left hand, you have a great chance for a long career in the majors, regardless of whether or not you actually get the job done.

Dallas Cowboys owner Jerry Jones seems to finally realize that Jason Garrett probably isn't the world's greatest head coach.  That only took about nine years.  Jones has been critical of Garrett since the Cowboys lost to the the New England Patriots last week, and the owner may be grasping that any Cowboys post-season success will be in spite of Garrett, not because of him.

The Boston Celtics beat the Brooklyn Nets at home last night 121-110.  The Nets were playing without Kyrie Irving, who is supposedly dealing with a shoulder injury.  Consider us less than shocked that Irving didn't make it to the TD Garden. His absence was decided the day this season's NBA schedule was released, because he knew the boos weren't going to stop, and he was right.  Even his absence didn't stop Celtics fans from voicing their feelings about the former Boston star.   One can only hope that the Celtics will see the Nets in the playoffs.  In the meantime, a win like last night should make it even easier for Celtics fans to put Irving in the rear-view mirror and be thankful that he's now Brooklyn's problem.

Cheers to Supergirl star Melissa Benoist for publicly talking about her experience as a domestic violence survivor.  The actress posted a 14-minute video on Instagram on Wednesday discussing what she went through in a past relationship.  We will always admire the courage of survivors to have these conversations.  Hopefully this video will be helpful to others who have or had experience with a similar situation.  The more often discussions like this that are had out in the open, the more progress will be made to erase any stigma or shame associated with the topic. 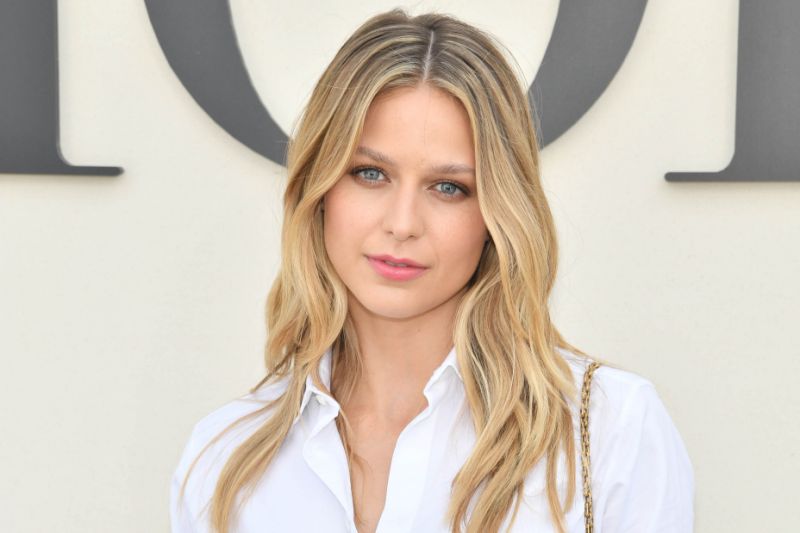 Kudos to Melissa Benoist for sharing her story.  (pic via yahoo.com)

Pete Townshend is trying to walk back his recent comments about late bandmates Keith Moon and John Entwistle.  Turns out people got upset when the Who guitarist said in an interview that he was glad both men are dead.  Who could have possibly seen that coming?  It's easy to understand why Roger Daltrey apparently prefers to avoid being in the same room with Townshend as much as possible when the two men aren't performing together.

Okay kids, that's going to do it for now.  Given that it's Thanksgiving, you know how we have to wrap things up here.  That's right, it's time for Adam Sandler  to close things out with, "The Thanksgiving Song," for today's, "Song of the Day."

Thank you as always for hanging out with us, everyone.  You're one of the biggest highlights of every day, and it is always a treat to see you.  We hope you all have a lovely rest of your day.  Don't forget you're welcome to watch The Irishman with BDH and Little Buddha in a little while if you like.  Otherwise, be good, and we'll catch up with you again soon.  Until next time, that's today's Clearing out the Clutter, and we are outta here.

Oh, and don't forget to check out our special announcement tomorrow about our Amazon page!