Welcome back!  Come on in.  How are you?  We're still trying to regroup from this week.  BDH and Little Buddha think we should take it easy today and focus on starting over tomorrow.  I'm inclined to agree with them.  The New England Patriots have the week off, and there's nothing we really want to see at the movies, so the idea of laying low until Monday is appealing.

Speaking of Monday, given that it's Veterans Day, we'll be running our annual post, and then we'll be back to hang out with you again on Tuesday.  In the meantime, let's check out today's headlines.  The guys made coffee, so grab yourself a nice medium DD, because it's time to clear out some Sunday Clutter.

(As always, if you'd like to increase our coffee budget, or get started on your holiday shopping, please consider using the Clutter Amazon page and encourage your friends to do the same.  Thank you for your support!)

House Intelligence Committee Chairman Adam Schiff said the Ukraine whistleblower will not testify at the impeachment inquiry, despite Republican demands that the person be called as a witness.  Schiff stated yesterday that he will not allow the inquiry to turn into "sham investigations" like the ones that Donald Trump was pushing for in Ukraine.  He also said the individual's testimony is "redundant and unnecessary" at this point, given that other witnesses have corroborated his/her account of the infamous July 25 call, and making this person appear in public would put their safety at risk.  Expect Republicans, in their never-ending quest to throw whatever distraction they can at the wall, to yell and whine that this means the whole process is a sham and no one should pay attention to the Great Pumpkin's corruption. 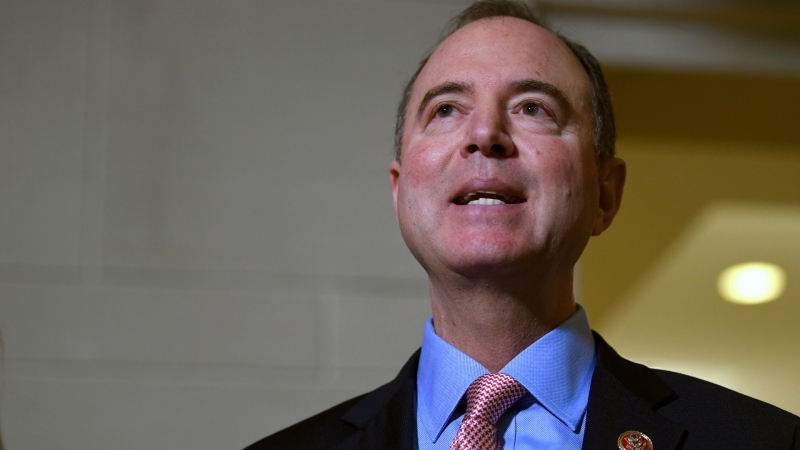 Third time's the charm:  Donald Trump finally found a sporting event where the crowd wouldn't boo him, when he attended yesterday's Alabama-LSU football game.  Someone's inferiority complex should have been satisfied for at least a couple of minutes on Saturday.

Former national security adviser John Bolton will likely try to avoid testifying at the impeachment inquiry because he'd rather people hear about his stories via his upcoming book.

According to a new report, the world's billionaires lost a collective $388 billion in 2018.  Our thoughts and prayers go out to all of them as they seek to recover from this tragedy.

Instagram is about to start hiding "likes" for a limited number of accounts in the United States.   If you're one of the impacted users, you'll still be able to see how many people responded to your pictures, but no one else will.  BDH and Little Buddha are fine with that.  They enjoy posting pictures on our Instagram page, and it's fun to see when people respond.  However, they don't feel any competition with other accounts, so they don't care who has more likes.

The Boston Celtics beat the San Antonio Spurs 135-115 on the road last night, but the win came at a cost:  Gordon Hayward broke his left hand during the game.  We'll have to wait and see how long he'll be out for, but that's too bad, as Hayward finally seemed to be on the road to regaining his All Star form this year after fully recovering from breaking his leg in 2017.

The Golden State Warriors are expected to be without Stephen Curry for at least three months, according to a new report.  The question is now whether or not Curry will play again at all this season, and the answer is likely connected to how well the team does without him.  If they're out of contention by the time he's healthy enough to return, what's to be gained by putting him back on the court?  Between the loss of Curry and Kevin Durant, this might just be a reset year for Golden State, which is probably a good thing for the NBA.  As much fun as it was to watch these guys beat LeBron James a few times, dynasties get boring, and it's fun to shake things up every so often.

We want to wish a very happy birthday to author Neil Gaiman, who turns 59 years old today.  Mr. Gaiman is responsible for a number of our favorite stories, including the Sandman series, The Doctor's Wife, and Good Omens, among others.  We still hold out hope that he'll write a Doctor Who story for Jodie Whittaker.

It seems that the rumors are true - the Black Crowes are planning a reunion tour for 2020.  The first announced dates are in mid-July, so we'll set the current over/under on how long this lasts before the Robinson brothers are at each other's throats at...let's see....we'll go with August 15 for now.

BDH and Little Buddha say they're putting the new R.E.M. Monster anniversary box set on their Christmas list this year.

Mark your calendars, Supernatural fans:  The series finale will air on May 18, 2020.  If something feels off about that date, you'll notice it's a Monday.  Apparently the show will move from Thursday to Monday in mid-March next year for its final stretch.  That means Supernatural will have aired over all five weeknights during the course of its 15-year run.  The move makes zero sense to us, unless they just wanted to go for the sweep, but we'll try not to obsess about it too much for the time being.

This is something we haven't seen before:  Apparently  Days of Our Lives did a massive reboot last Friday by jumping one year into the future with their storylines.  Are there other shows you'd like to see do the same thing?  We don't watch the soap opera, but we'd love to hear from any of you who do and get your thoughts on this move.  Is it interesting?  Does it feel gimmicky?  Little of both?  Something different?  Too soon to tell?  Drop us a note at our new address, which is info@clearingouttheclutter.com.  (Of course, BDH and Little Buddha also invite you to email them about any topic you like.  They always love hearing from you.)

Okay kids, that's going to do it for now.  This tune came on the radio the other day, and it immediately brought back all sorts of memories about the  mid 1980's, when we were just getting into music, and this band seemed to be pretty big.  It was also played at a few junior high school dances, which invokes a whole different set of flashbacks that we don't need to discuss now.  The video brings an extra layer of fantastic to the party, between all of the neon, the hairstyles, the women in bikinis, the guy swinging a crutch (which you know cracked someone in the head that night), and we can't forget former American Idol judge Randy Jackson playing bass.  That's right, we're going to close things out with Journey performing, "Girl Can't Help It," for today's, "Song of the Day."

Thanks for stopping by, everyone.  It was great to see you, as always.  Enjoy the rest of your day, stay warm, and we'll catch up with you again for more fun soon.  Until next time, that's today's Clearing out the Clutter, and we are outta here.