Welcome back!   How are you?  BDH and Little Buddha were just watching the rain.  The ground still hasn't frozen over yet, so it's good that the garden is getting another watering.  I couldn't find any new book releases for them to read yesterday, so we took a trip to the library.  The guys found a couple of things they wanted to check out, so they're happy about that.  Of course, they've got their "One Chicago" programs tonight, so really, everything is clicking for them at the moment.  To top it all off, they also made some coffee, which is a win for the rest of us.  There's a fresh pot on the table, so grab yourself a nice medium DD, and let's clear out some Wednesday Clutter.

Bill Taylor, the top US diplomat in Ukraine, confirmed to House investigators the quid pro quo Donald Trump expected by tying military aid to Ukraine investigating the 2016 presidential election and Joe Biden.  The White House and Trump defenders know they can't argue this wasn't the case anymore, so they've shifted to "this wasn't enough of a crime to impeach him, and Democrats just want to get him out of office."   The GOP will apparently condone corruption as long as they get their tax cuts and judicial appointments, but at some point, they have to be planning for life after Trump.

Donald Trump gave another glimpse into what a hateful man he is when he compared the impeachment inquiry  to a lynching yesterday.  It's no surprise, given his lifelong record of racist behavior, but it's still nauseating.  Congressional Republican leadership tried to distance themselves from Trump's outburst while still complaining that he's being treated unfairly by being subjected to a constitutional process.  However, some other members of the GOP, like Trump's favorite lapdog Senator Lindsey Graham were all-in on the remark.  One might expect Senator Graham to know better, given the long history of lynchings in South Carolina, but he showed his true colors as well yesterday.  As always, if you're not a straight, rich, white guy, Republicans have no use for you. 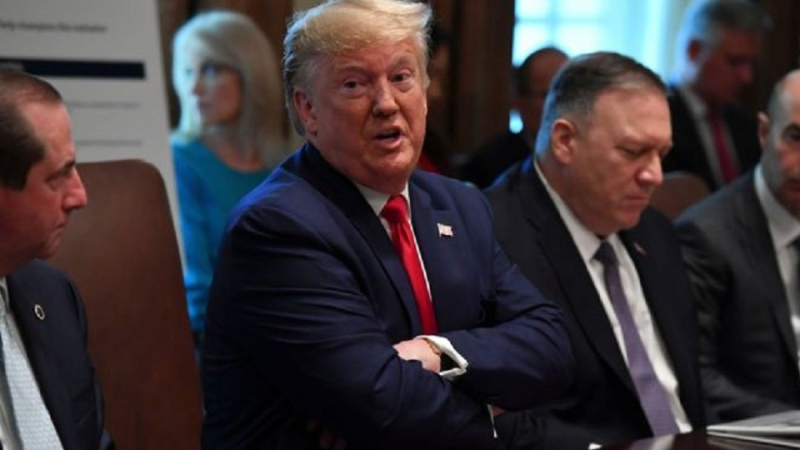 A petulant child being buried by his own administration, one witness at a time.  (pic via fbcnews.com.fj)

Meanwhile, Joe Biden is apologizing for referring to Bill Clinton's impeachment as a "lynching" in 1998.  Republicans are of course trying to say there's a double standard here.  Let's make it simple for them - Biden was just as wrong as Trump for making the comparison, and it's one more addition to the list of Biden's own problematic history on race relations.  Here's a crazy idea - maybe, just maybe politicians should stop invoking the term.  See?  That's not so hard.

The Washington Nationals beat the Houston Astros 5-4 in Game 1 of the World Series last night.  While we're still happy the New York Yankees aren't here, we're definitely pulling for the Nationals to win this year.  It's their first shot at a championship, which is always fun to see.  Now, there's also this story about Houston Astros Astros Assistant General Manager Brandon Taubman going after several female reporters last Saturday in defense of reliever Roberto Osuna, a man who was arrested for domestic abuse while he still pitched for the Toronto Blue Jays.  The Astros first denied the incident happened and then eventually issued an empty apology for Taubman's behavior.  It's a terrible look for the franchise, so yeah, we're on board with Washington coming out on top here.

Three Boston Red Sox players chose free agency yesterday.  We're not talking about J.D. Martinez (yet), but outfielder Gorkys Hernandez, infielder Chris Owings, and pitcher Josh Smith all decided to take that route, rather than accept a demotion to Triple A.  We've already forgotten about Hernandez and Owings, but we're still a little surprised the Sox didn't keep Smith, who seemed to do decent job in the bullpen.

The New England Patriots upgraded their offense yesterday by acquiring wide receiver Mohamed Sanu from the Atlanta Falcons in exchange for a 2020 second-round draft pick.  Sanu is under contract through the 2020 season, so this seems like a fair price to pay for getting some depth for Tom Brady.  Of course, the big question now becomes, how quickly can Sanu and #12 get on the same page?  The Patriots can certainly get by the Cleveland Browns with minimal help from Sanu this week, but it would be nice to see him play a role against the Baltimore Ravens on November 3.

(Side note:  How the hell is November 3 a week from Sunday?  Where did this year go?)

The New York Jets are mad quarterback Sam Darnold's comment about "seeing ghosts" on the field made it on-air on Monday night.  Can't say we blame them - that comment is going to hang over Darnold for a long time to come.

Here's everything you need to know about the XFL's schedule next year.  The current over/under for how long Vince McMahon's latest attempt to be a  football king lasts is 1.5 seasons.

Adam Driver fans might enjoy this profile of him from the New Yorker.

The early reviews for Terminator: Dark Fate are in.  At first glance, we're thinking this might be a choice for a matinee on a quiet afternoon, or we could wait until it comes out on Netflix or one of the other thousand streaming services popping up these days.

We feel bad for the music fan who didn't realize he asked Eddie Van Halen to take a picture of him at a recent Tool concert.  Kids these days, right?  Also, it's good to see Eddie is out and about, after all of the rumors that have been circulating about his health in recent weeks.

Okay kids, that's going to do it for now.  Here's Night Ranger with a different take on their classic tune, "Sister Christian," for today's, "Song of the Day."

Thanks for stopping by, everyone.  Hanging out with you is always fun.  BDH and Little Buddha plan to spend the afternoon reading their books from the library, and then it's "One Chicago" time, so they want you to know you're welcome to come back later if you want to join them.  Otherwise, enjoy the rest of your day, be good, and we'll catch up with you again soon.  Until next time, that's today's Clearing out the Clutter, and we are outta here.