Welcome back!  How are you?  What are you up to this weekend?  I don't think we've got anything too exciting going on here besides the Patriots game on Sunday.  Wait, I should check to see what movies came out today.  We'll do that later.  For now, BDH and Little Buddha just made coffee, so grab yourself a nice medium DD, and let's clear out some Friday Clutter.

Attorney General William Barr has turned the sham DOJ review of the origins of the Trump - Russia investigation into a criminal inquiry, as he continues to do whatever he can to protect Donald Trump at all costs.  Barr knows Trump is guilty of everything he's been accused of, and the only move he has is to try to discredit people who expose the corruption.  This move makes the Department of Justice look like fools.  Barr is a hack who should be removed from his position. 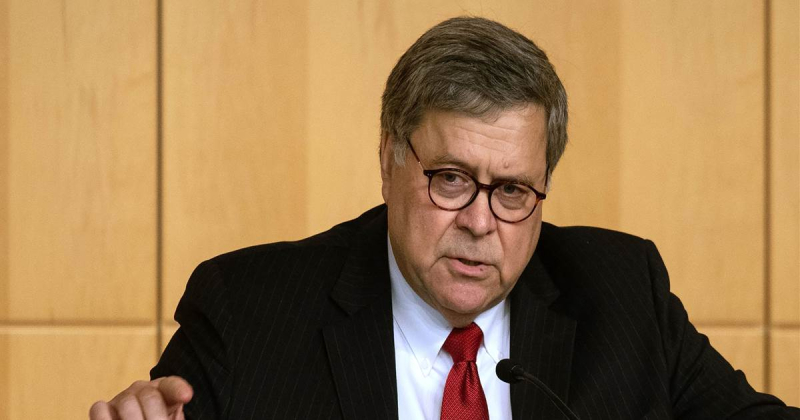 Attorney General Barr will put Trump before the country every time.  (pic via nbcnews.com)

Meanwhile, yet another Trump advisor is expected to corroborate the claims of a Ukraine quid pro quo situation before Congress next week.

A quick reminder:  Donald Trump is a serial sexual abuser.  That seems to have gotten lost in everything else going on these days.

While the impeachment process continues in the House, the Senate was busy confirming another unqualified applicant to a seat on a federal court, because that's all Mitch McConnell cares about.  Besides tax cuts, of course.

A. Wayne Johnson, the man in charge of the federal student loan program, resigned yesterday, saying the entire system is fundamentally flawed, and that the debts should be reduced by $50,000 across the board.  That echoes a number of Democratic presidential candidates who have called for giving the economy a jolt by freeing graduates from billions in debt that is likely never going to be repaid in the first place. By breaking with the Trump administration, Johnson has made student debt a bipartisan issue.  Perhaps now we can start to have serious discussions about the best way to address the problem.

Democratic presidential candidate Tulsi Gabbard announced that she won't run for re-election to Congress.   Gabbard's not going to end up in the White House, and the money here is on her next job being somewhere that raises eyebrows.

The Houston Astros can't get out of their own way regarding their (now former) assistant general manager verbally assaulting several female reporters while defending their woman-abusing closer.  Astros general manager Jeff Luhnow had a press conference yesterday where he and the organization still took no responsibility for trying to discredit Sports Illustrated's Stephanie Apstein for reporting what happened, for not apologizing to her (even while she was in the room for the press conference), and for still sort of disputing her account of the incident, all the while claiming there was no cultural problem in the organization.

The Philadelphia Phillies hired Joe Girardi to be their next manager.  The former New York Yankees skipper is a strong replacement for Gabe Kapler, who was in over his head.  We expect the Phillies players to respond well to the change next year.

The New England Patriots keep making roster moves, this time trading defensive end Michael Bennett to the Dallas Cowboys for a late-round 2021 draft pick.  This comes after the recent saga where Bennett was outspoken about his lack of playing time in New England and then suspended for one game for getting into an altercation with his defensive line coach.  We don't blame Bennett for being unhappy.  It sounds like the Patriots sold him on a role when he was a free agent and then changed their minds.  They're allowed to do that, but he's too good to sit on the sidelines so much, and this was clearly a growing problem.  For a team that's 7-0, the Patriots keep shuffling players around like they're trying to figure out how to win their first game of the season.

Supernatural spoilers ahead:  This week's episode left us needing a hug, as we said goodbye to a couple of characters.  We've come to like Ketch, mostly because of actor David Haydn-Jones' silly State Farm commercials with Aaron Rodgers.  However, the real punch to the gut was the death of the witch Rowena.  She and the Winchesters have come a long way over the years, but we've known for a while that she would die at Sam's hand, and it was finally her time to exit.  Characters have come back from the dead before on this show, but this carried a special weight now that we're in the final season.  The next episode isn't until November 7, so we should recover by then.

This has never been a problem for us, but if you've ever confused Jimmy Kimmel with Jimmy Fallon, this video might help...or it might not:

Okay kids, that's going to do it for now.  Here's Soundgarden to close things out with, "Burden in My Hand," for today's, "Song of the Day."