These are challenging times for Van Halen fans.  Eddie and Alex seem to have dropped off the radar with no return date in sight, and David Lee Roth is taking his act to Las Vegas, which is the perfect location for him.  At least Sammy Hagar and Michael Anthony are still good old-fashioned rock in their current band, The Circle.  This crew released a conceptual album of new material called, Space Between, back in May of this year, and now there's an experimental movie by the same name to go with it.

The movie is a combination of interviews with Sammy, footage of the band performing clips off the album, and the story of a man named John who ends up with some money, loses said money, and then comes out on the other side.  Hagar says in one interview that the record in many ways reflects the story of him and his career.  Directed by ZZ Satriani, son of guitar god/former Hagar Chickenfoot bandmate Joe Satriani, the film is visually interesting, but it suffers from the same issues as the album.  Long story short, it should be more engaging.

Listen, we want to like Hagar & the Circle.  We're fans of Van Hagar and Chickenfoot, and we appreciate that these guys are still out there making new music while their former bandmates are stuck in the past.  The combination of Hagar, Anthony, drummer Jason Bonham, and guitarist Vic Johnson feels like it has potential.  However, just about everything we've heard off the album comes across as mostly generic and plodding.  There are a couple of tunes we can sort of get into ("Can't Hang," "Wide Open Space," "No Worries," and the music of "Trust Fund Baby"), but it's a lukewarm excitement at best.

The film is only 37 minutes long, so a hardcore Hagar fan might enjoy it, and props to Red Rocker and the band for at least trying something different.  Now, if you'll excuse us, we're going to play some 5150. 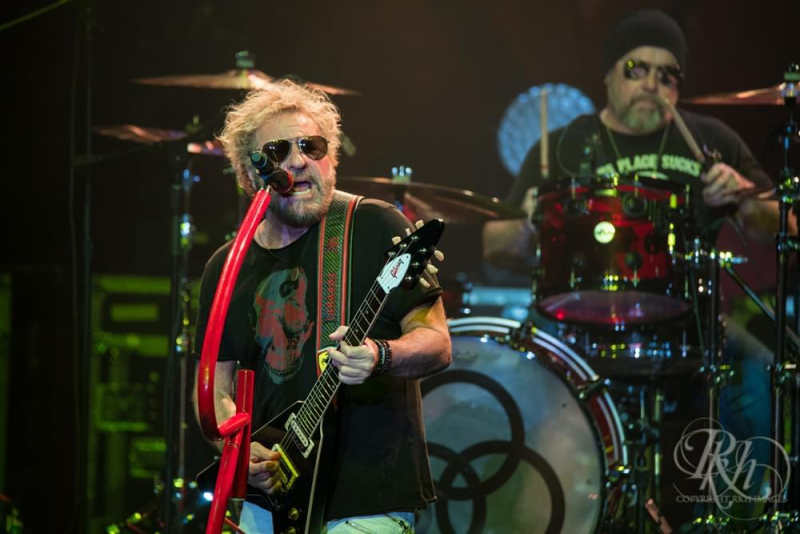 Sammy Hagar is still taking the beach party on the road.  (pic via 92kqrs.com)