Welcome back!  Come on in, have a seat.  How are you? BDH and Little Buddha were just telling me that there's already less than 12 hours between the day's sunrise and sunset.  Ugh.  In much more positive news, they also say that today's coffee is ready.  There's a fresh pot on the counter, so grab yourself a nice medium DD, and let's clear out some Sunday Clutter.

There's been a lot of news on the Donald Trump front since we last saw you on Friday.  Trump told Russian officials in 2017 that he didn't care they interfered in the 2016 presidential election.  We'd ask Trump supporters how they feel about their leader's admission that the interference occurred, but they'll all just starting "fake news" until they hyperventilate and pass out.  Those comments are alarming to those of us living in the reality-based dimension, including White House staff who went out of their way to limit the record of that meeting.  Apparently at least a few of them understand the concept of treason.

In fact the record of that meeting was put on the same secret server that hid transcripts of Trump's calls with Vladimir Putin and the Saudi royal family in order to spare Trump embarrassment, not because of national security concerns.  It's unclear if this information was made known to Robert Mueller during his investigation, but it's one more reason why Attorney General William Barr and the rest of the DOJ should be disqualified from looking into this matter going forward.

Donald Trump reportedly met with NRA chief Wayne LaPierre on Friday to discuss blocking gun control legislation in exchange for the domestic terrorist organization financially supporting Trump's impeachment fight.  It's fine with Trump if thousands of Americans have to be killed in shootings to save his backside.  Of course, this is the same NRA that's been identified as a Russian asset by a new Senate report, so Vladimir Putin's fingerprints are once again all over our country's elections. 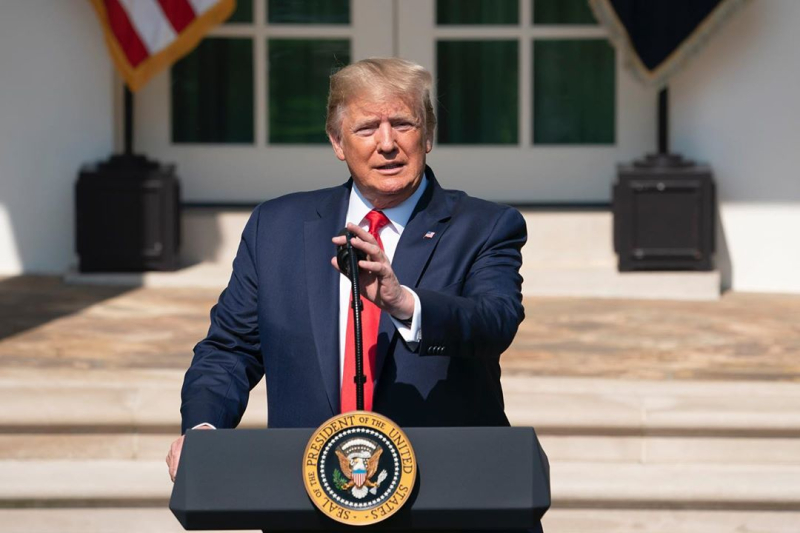 The storm clouds over Donald Trump are picking up speed.  (pic via canadianinquirer.net)

Let's not forget that US Special Envoy to Ukraine Kurt Volker resigned after being named in the whistleblower's complaint.  Volker is now scheduled to appear before Congress on Thursday, although it's not clear what he has/will be allowed to say.

There's at least one House Republican who supports going forward with the impeachment process, although Representative Mark Amodei (R-Nevada) says he doesn't support impeaching Trump at the moment.

This is how you know Trump is panicking:  The State Department is cranking up their investigation of Hillary Clinton's emails.  It's like the Great Pumpkin's security blanket:  When all else fails, yell "lock her up!" at the base and hope it distracts them yet again.

Senate Republican leadership apparently understands the repercussions of not holding a trial and reportedly issued a memo saying they'll do it if the House sends them the articles of impeachment.  These guys will have to ask themselves if they really want to be known for this vote for the rest of time.

SNL is back, just in time to weigh in on impeachment:

The Boston Red Sox lost 9-4 to the Baltimore Orioles yesterday, as the season mercifully comes to an end today.  The Sox will actually have something to play for this afternoon, as Eduardo Rodriguez goes for his 20th win of the year.  Best of luck to the lefty, who has been one of the few bright spots of 2019.

The Red Sox owners say they're looking to get under MLB's luxury tax, which means they'd have to shave about $30 million off the payroll.  However, Tom Werner later tried to walk that back at bit, so who knows what they're planning.  Best of luck to Dave Dombrowski's successor, because they're going to face one hell of a challenging start to their new gig.

Cheers as well to New York Mets first baseman Pete Alonso for setting a new home run record for rookies with his 53rd blast of the year on Saturday night.  Bonus points to Alonso for taking the record away from New York Yankees slugger Aaron Judge.

At least the New England Patriots are doing well.  The Pats take on the Buffalo Bills on the road in the battle of the undefeated teams this afternoon.  Not sure if Julian Edelman is playing today, but either way, we're betting on the stingy New England defense until someone shows how to beat them, and Buffalo's offense won't be the one to do it.

Good news for superhero fans:  Spider-Man will be back for at least one more MCU movie after all.  We'll see how this all plays out, but at least there's a chance to properly explain Peter Parker's eventual departure, rather than have him just abruptly leave after all of these years of investing in Tom Holland.

SNL also had some thoughts about the new Downton Abbey movie:

We're sorry to hear that Metallica had to postpone their tour because James Hetfield needs to return to rehab.  The lead singer's battle with alcoholism is well-known.  It seemed like he'd been in good shape for the last 15 years or so, but it just goes to show that this disease can return at any time.  We wish him the best of luck and hope he and the band will be back to thrilling headbangers around the world soon.

Okay kids, that's going to do it for now.  Let's have the Barenaked Ladies close things out with, "Brian Wilson," for today's, "Song of the Day."

Thanks for stopping by, everyone.  It's always such a great to hang out with you for a bit.  Enjoy the rest of your day, be good, and we'll catch up with you again soon.  Until next time, that's today's Clearing out the Clutter, and we are outta here.