Welcome back!  Come on in, have a seat.  We hope you all had a great weekend.   Do you have anything big on the schedule for the week?  I need to water the garden this afternoon, although I suspect it's going to rain about an hour after I'm done.  Better safe than sorry, though.  Also gotta get the car inspected later this week, so hopefully that will go without incident.  Other than that, we're mostly just plugging away here and wondering a bit why September is going by so quickly.  Hold on, is today the first day of fall?  Yikes.  BDH and Little Buddha suggest we not worry about that and just focus on today's headlines instead.  Sounds like a reasonable plan to me.  The guys just made a fresh pot of coffee, so grab yourself a nice medium DD, and let's clear out some Monday Clutter.

Donald Trump admitted he talked to the Ukrainian president about Joe Biden, and now it is (once again) on House Democrats to decide if they are finally going to do anything to hold the Great Pumpkin responsible for his actions.  Trump isn't subtle about his corruption.  He puts it right out in public and dares Democrats to do anything besides tweet disapproving statements.  He's used his office for personal gain time and time again, he's broken the law to do it, and his administration has basically given Congress the bird every time they've tried to fulfill their constitutional oversight duties.   He's not going to stop searching for the bottom until someone finally reigns him in.

Speaker Nancy Pelosi sent Trump a letter instructing him to turn over the whistleblower complaint by Thursday, or else Congress would ramp up the stakes.  One would imagine Pelosi would become tired of being Trump's accomplice at some point.  If not now, when? Enough with waiting for the GOP to stand up to this corruption.  They need to face repercussions for their inaction just as much as Trump does for his misdeeds.  Democrats should call their bluff and force them to vote on an impeachment trial.  If they go on record as giving the White House occupant a pass, then every Democrat should be running ads next year that say, "(Insert GOP Senator's name here) thinks it's fine for Donald Trump to pressure a foreign power to help him defeat his political opponents.  That's un-American." 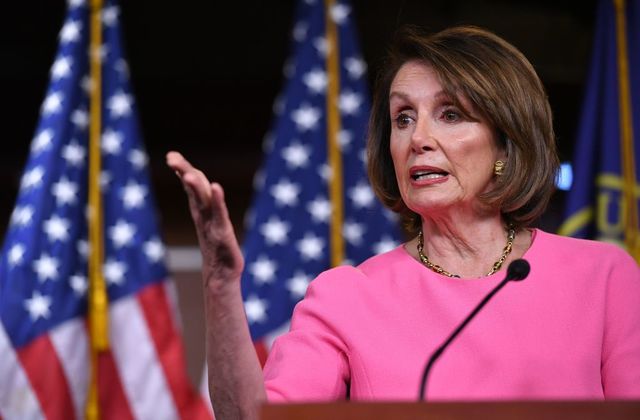 The Boston Red Sox beat the Tampa Bay Rays 7-4 yesterday.  Boston starter Nathan Eovaldi gave up three runs to go with six strikeouts and two walks over six innings to get his first win of the season.  The righty looked like his former self, as he was in control all day.  Eovaldi has one more start this year, so here's hoping he can build on yesterday's performance and close out the 2019 season on a positive note.  The Sox need him to bounce back in a major way in 2020, but his health will still remain a lingering concern.  Yesterday's win means the 81-74 Sox will at least be .500 for the year, but that's not really good enough for anyone.  Jhoulys Chacín  will take the mound for Boston tonight, as the Sox try to split the series with the Rays.

The New England Patriots beat the New York Jets 30-14 yesterday.  The margin should have been bigger, but the Jets got a pick-6 off rookie quarterback Jarrett Stidham (who didn't stay in the game long in the 4th quarter), and they scored their other touchdown thanks to a blown punt from Gunner Olszewski, so the New England defense continues to roll.  Tom Brady had a fine day at the office, going 28-42 for 306 yards and two TD's, as the Patriots offense showed they do just fine without a certain former wide receiver.  However, Julian Edelman had to leave the game with a chest injury, so hopefully that won't be a long-term issue.  Next up, the Patriots face the Buffalo Bills on the road.

The Antonio Brown saga continues, because the former wide receiver can not stay off his phone.  Brown went on a Twitter rant against the New England Patriots yesterday and said he will ask the NFLPA to file a grievance on his behalf to collect the roughly $10 million he says the team owes him.  What a walking disaster.  While we wait for this drama to play out, what's the over/under on the start of the next negative story involving Brown?  We'll set it at 10.5 days.  You should probably take the under.

Eli who?  The Daniel Jones era is off to a good start, as the rookie quarterback led the New York Giants to a 32-31 win over the Tampa Bay Buccaneers on Sunday.

The Pittsburgh Steelers lost 24-20 to the San Francisco 49ers yesterday, thus falling to 0-3 on the season. It's possible the Steelers could be irrelevant this year with Ben Roethlisberger on the shelf.

We didn't get the chance to watch the Emmys last night, but congratulations to Bill Hader on his win for Barry.  How did your favorites do?

Okay kids, that's going to do it for now.  Feels like we're going to need to ease into the new week, so let's have Crosby, Stills & Nash close things out with their classic tune, "Southern Cross," for today's, "Song of the Day."

That should do the trick.