Welcome back!  How are you?  Any big plans for the weekend?  I don't think we've got anything too crazy happening here.  I just need to make some time to cut back the garden some more, and BDH and Little Buddha will probably supervise that.  I feel like I'm missing something, though.  Oh well, that can wait until later.  The guys just said the coffee is ready, so grab yourself a nice medium DD, and let's clear out some Friday Clutter.

The Ukrainian whistle-blower's complaint was publicly released yesterday, and it alleges a widespread cover-up of Donald Trump's call with President Volodymyr Zelenskiy that includes moving the official transcript to a secret server to protect Trump.  We seem to recall Trump supporters blowing a gasket for the last three years over something to do with a private server.  Donald Trump in return, threatened the whistle-blower, as well as the people who talked to him/her about the call, saying:

‘‘I want to know who’s the person, who’s the person who gave the whistle-blower the information? Because that’s close to a spy,’’ Trump said. ‘‘You know what we used to do in the old days when we were smart? Right? The spies and treason, we used to handle it a little differently than we do now.’’

The man is doing his best imitation of a cross between a crime boss and Vladimir Putin as his mental state continues to unravel.  This is who Republicans have chosen to stand with, but it's notable that the best the GOP could do yesterday was either claim they hadn't read the complaint (which is a gross dereliction of duty) or try to attack the leak of the information.  Even they know they can't defend Trump's actions.   If we assume right now that the House eventually votes to impeach Trump, the most likely outcome is that Mitch McConnell will bend over backwards to avoid a vote in the Senate.  That cowardice is unacceptable, but we'll come back to that another time. 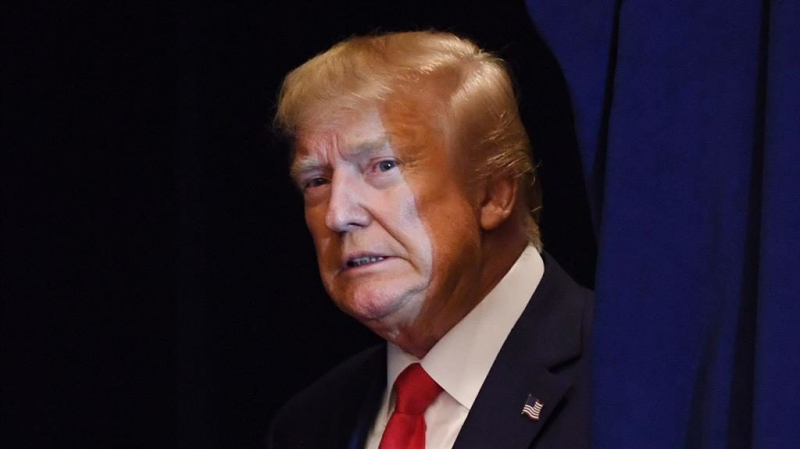 Things keep getting worse for Donald Trump.  (pic via www.metro.news)

Rudy Giuliani wants everyone to know that he'll take others with him if Donald Trump tries to throw him under the bus.  Rudy has somehow managed to convince himself that he should be seen as the hero of this story.  It would be fitting if this is the clown that wipes out Trump.

The support for impeachment has already increased in the latest voter polls.

Donald Trump won't let his impeachment fight prevent him from continuing to make awful policies.  If anything, he'll likely double down on the racism, since that's his best shot at keeping his base from abandoning him. The White House occupant is abusing his power left and right and threatening to have people killed, but he wants his voters to focus on the important things like being scared of people who don't look like them.  Thus the White House announced yesterday that they're reducing the country's immigration admissions to a new low yet again.

Beyond Meat is having itself one hell of a year.  Their good news continues with the announcement that McDonald's is doing a limited test-run of a "P.L.T." in 28 restaurants in Ontario.  (Of course, "P.L.T." stands for, "plant, lettuce, and tomato.")  Assuming that goes well, one would expect to see these plant-based burgers make their appearance in the United States soon thereafter.  However, we haven't eaten fast food since 1989, and this announcement isn't going to change anything.  The "beyond burger" we had earlier this year remains the most disgusting thing we've eaten in 2019.  We'd have a regular McDonald's burger before this thing, but that's just us.

The Boston Red Sox lost 7-5 to the Texas Rangers in their final road game of the year.  The Sox had a lot of backups in the line-up, and they went through eight pitchers.  On the other side, the Rangers first baseman intentionally dropped an easy pop-up to give their starting pitcher another chance at 200 strikeouts for the year, so it was that kind of day.  The Red Sox come home to take on the Baltimore Orioles for the final series this season, and then we can call it a day on a frustrating 2019.  Nathan Eovaldi gets the start for Boston.

The NFL announced that Jennifer Lopez and Shakira will be the Super Bowl halftime acts in 2020.  That sounds about right.  They're safe choices that will provide a lot of flash and no controversy, although there might be some confusion with fans wondering if it's 2020 or the year 2000.

Thanks for stopping by, everyone.  It was great to see you, as always.  BDH and Little Buddha say you're welcome to come back later if you want to watch the Sox one last time with them this year.  Otherwise, enjoy the rest of your day, be good, and we'll catch up with you again soon.  Until next time, that's today's Clearing out the Clutter, and we are outta here.