Welcome back, and a happy Friday to you all!  What's on the schedule for this weekend?  Nothing too crazy on this end.  I'll probably cut the garden back a little bit more.  Of course, any still-active flowers are welcome to stay for as long as they like.  Oh, I also need to do a watering as well, although that might wait until Monday.  Other than that, it should be pretty quiet here, besides watching the Patriots take on the Jets.  BDH and Little Buddha are getting a new book to read in October, but maybe I'll see if I can find something to keep them busy until then.  Speaking of our dynamic duo, they just came in to say hi and that the coffee is ready.  Grab yourself a nice medium DD, and let's clear out some Clutter.

The White House and Department of Justice were reportedly involved with the withholding of a whistleblower complaint from Congress.  There's still a lot of mystery around the topic of the complaint, although some outlets say it involves Donald Trump pressuring Ukrainian officials to investigate Joe Biden.  No one can claim to be surprised if this is true.  Trump has repeatedly made it clear that he will take all of the foreign interference in the 2020 elections that he can get.  Meanwhile, Speaker Nancy Pelosi still doesn't seem to think any of his criminal behavior is worth anything more than empty tweets.  We knew how awful Trump would be from Day 1, but Pelosi's complete lack of leadership during this time of crisis will hang over her legacy long after she leaves office. 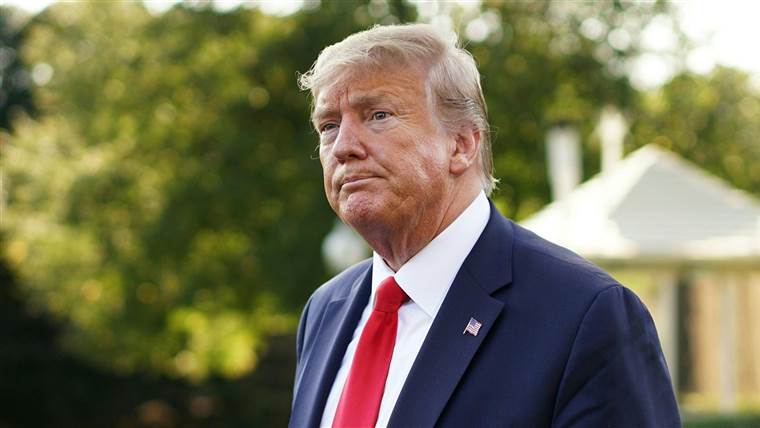 Donald Trump doing whatever it takes to save himself.  Who will finally say "enough?"  (pic via nbcnews.com)

Trump's attorney/lackey Rudy Giuliani went on CNN last night, where he denied asking Ukraine leaders to investigate Joe Biden, and then Giuliani did a 180 and promptly admitted it.  Guess that makes Rudy Jack Nicholson to Chris Cuomo's Tom Cruise.  At what point does Trump throw Giuliani under the bus and say he had no idea about any of this, while still fighting to keep that whistleblower complaint from Congress?  Being this dishonest 24/7 has to be exhausting.

New York City Mayor Bill de Blasio just announced he's dropping out of the 2020 presidential race, as many people wondered why he entered it in the first place.

Researchers say North America has lost 3 billion birds over the last 50 years, which is the latest indication of what a terrible job we are doing of managing the environment.

The federal government will spend $3 million to research the benefits of CBD, a compound found in marijuana plants, which does not get the user high.  That seems like a drop in the bucket, but we are on board the CBD train and encourage anyone who wonders if it might be helpful for them to check it out.

The Boston Red Sox beat the San Francisco Giants 5-4 yesterday.  Eduardo Rodriguez gave up just two hits and one run, to go with 10 strikeouts and two walks, as he earned his 18th win of the year.  The Red Sox improve to 80-72, so hopefully securing the winning record for the season isn't too big of an ask with 10 games left to play.  Boston is still technically in the playoff race, with an elimination number of 1.  This is where all of the lost opportunities this year come back to haunt the team one more time.  The Red Sox now hit the road, and the first stop is Tampa Bay, as Rick Porcello takes the mound against the Rays.

Boston Red Sox minor league outfielder Rusney Castillo (remember him?) says he won't opt-out of the final year of his contract next year.  Can't say we blame him, since no one other team would come close to paying him $13.5 million.  It will be interesting to see if anyone wants to offer Castillo a shot in the big leagues in 2021, although he'll be 33 by that point.  Do you think any other player who has spent most of their career in the minors has made as much money as Castillo?  That 7-year/$72.5 million contract will live in the Red Sox Bad Deal Hall of Fame forever, although it still won't be as awful as Pablo Sandoval.

A woman who accused New England Patriots wide receiver Antonio Brown of improper behavior says Brown sent her an intimidating text message after her story appeared in Sports Illustrated.   Meanwhile, Nike has cut ties with Brown following the recent allegations against him.  The Patriots have to know this circus isn't going to end anytime soon, and they've already shown they can dominate opponents without Brown on the field.  At what point does he become too much of a distraction?

Brad Pitt's new movie Ad Astra is getting positive reviews.  Pitt was terrific in Once Upon a Time... in Hollywood earlier this year, and it sounds like he turns in another winning performance here as an emotionally-reserved astronaut who is sent into space to try to make contact with his father.  Anyone want to come see it with us?

Okay kids, that's going to do it for now.  Here's Seether to close things out with, "Remedy," for today's, "Song of the Day."