Welcome back!  Come on in, have a seat.  How are you?  I built my entire schedule around there being thunderstorms yesterday, so of course it didn't rain for more than 30 seconds.  It seems like that's happened more often than usual this year. Oh well, it's a good thing I watered the garden on Monday just to be safe.  BDH and Little Buddha say today's forecast seems calmer, so hopefully we'll find something new to read outside for a while tonight.  Oh, the new free weekly paper comes out today, so we can do the rock and roll crossword puzzle.  Excellent!  In the meantime, let's see what's going on in the world.  The guys just made some coffee, so grab yourself a nice medium DD, because it's time to clear out some Wednesday Clutter.

Oh, while I'm thinking of it, we've been having some Internet challenges recently, so if we're not here on Thursday, that's why.

Donald Trump lied at least 21 times last week, which is his lowest total in the past five weeks, largely due to the fact that he went into hiding for a while after the most recent mass shootings.  While Trump may have been less dishonest than usual, he seems increasingly unhinged.  We would be too if we had to worry about a full account of our relationship with pedophile Jeffrey Epstein being revealed to the public, in addition to legal problems, and the fact that we had to put all of our eggs in the Nazi basket to try to win re-election next year.  That would take a toll on anyone. 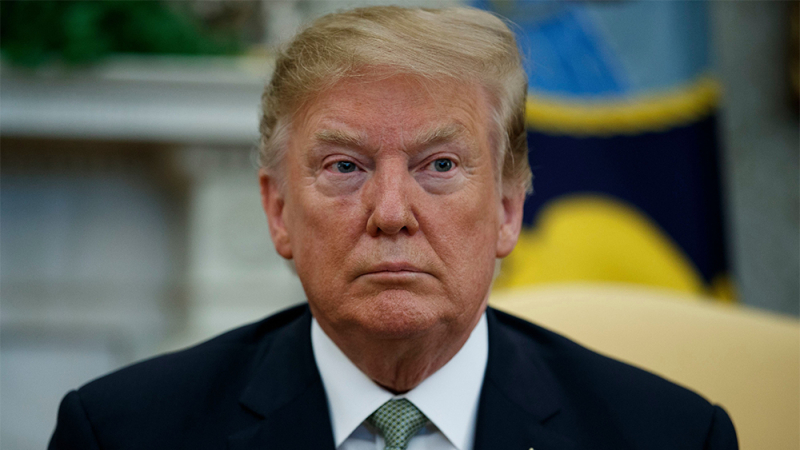 The only thing that stops Trump from lying is not speaking at all.  (pic via variety.com)

Trump announced the delay/abandonment of some tariffs on Chinese goods yesterday, while others will still go forward as planned.  First - which Trump supporters benefit from this announcement, since that drives his decisions more than almost anything else?  Second, we were under the impression from Trump that trade wars were easy to win.  If tariffs are good for the economy, why are we talking about them harming consumers during the Christmas shopping season?  Could it be that Trump was telling a fib?  We may need to sit down for a moment.  Finally, the S&P 500 jumped almost 1.5% on the news, so now Trump can try to take credit for "fixing" another problem he caused in the first place.  We miss the days when the White House occupant worked in the best interests of the country.

Donald Trump thinks it's great that Curt Schilling is considering running for Congress in Arizona. It makes sense, Schilling is a failed businessman who has a Nazi fetish.  He's just a younger version of the Great Pumpkin.

The legal battles over Jeffrey Epstein's alleged activities aren't finished just because Epstein took his own life.  The spotlight still shines bright on Epstein associates like Ghislaine Maxwell, although one has to wonder if she will end up meeting the same fate.

It's been a little while since we had a Facebook privacy violation story, so let's fix that:  The company just admitted it had human contractors listening to Messenger audio chats and says it just stopped the practice in the last two weeks.  According to reports, the conversations were anonymized, but those folks definitely heard some intimate conversations.  Facebook also didn't mention anywhere that third-parties might be listening in on conversations.

Twitter is testing a way for users to follow topics like they follow accounts. We'll try it out once it's available to everyone, but we're still waiting for an edit feature (which isn't coming anytime soon, according to a company official.)

As we mentioned yesterday, nothing about a pumpkin coffee in August sounds appealing.  However, we might be talked into trying a cinnamon-flavored Coca-Cola at the end of September.

The Boston Red Sox beat the Cleveland Indians 7-6 in 10 innings last night.  Chris Sale gave up five runs over 6 2/3 innings, and he also reached 2000 career strikeouts faster than anyone else in MLB history (1,626 innings.)  Rafael Devers also had himself a memorable game, as he went 6-6 on the night, becoming the first Red Sox player to do so since Nomah in 2003.    The sky is the limit for the young third baseman.  Jackie Bradley Jr. hit a home run in the top of the 10th to give the Sox the lead again, and then Andrew Cashner, recently demoted to the bullpen, picked up his first career save.  Brian Johnson takes the mound for Boston this afternoon, as the Red Sox try to win the series against the Indians and keep their playoff hopes alive.

The NFL and Jay-Z's Roc Nation have a new agreement to work together on events like the Super Bowl halftime show, as well as focusing on "strengthen(ing) community through music and the NFL's Inspire Change initiative."  It's easy to picture conservatives ranting about the partnership and how "this shows the NFL hates fans, yadda yadda yadda," and it not hurting the ratings one bit.  On the other end of the spectrum, will the community events have any real impact?

We're sorry to hear that Indianapolis Colts quarterback Andrew Luck is now reportedly dealing with some kind of high ankle injury. Luck has missed 26 games due to various injuries in his career.  Between the Colts failing to give him a decent offensive line for a number of years, and our sense that the Colts medical staff hasn't always done a great job handling his various health issues, Luck has to be wondering how things would have played out if he'd been drafted by another team.  He's a talented player, so here's hoping this latest issue doesn't completely derail another season.

Okay kids, that's going to do it for now.  Let's have the Black Keys close things out with, "Go," for today's, "Song of the Day."

Thanks for stopping by, everyone.  It was great to see you, as always.  BDH and Little Buddha say you're welcome to come back later if you want to watch the Sox game or help them with the crossword puzzle.  They love doing that thing, and if you join them, they wouldn't stop smiling for the rest of the week.  No pressure, though.  One way or the other, enjoy the rest of your day, be good, and we'll catch up with you again soon.  Until next time, that's today's Clearing out the Clutter, and we are outta here.