Welcome back!  How are you?  Did you get the rain we had here last night?  I was starting to wonder if it was going to be yet another tease of a weather forecast, but that was legit.  The garden got a good soaking, and now it looks like we have a nice Labor Day Weekend ahead of us.  (Programming note:  We expect to keep to our usual schedule over the next few days.  We'll probably be gone on Saturday but should be here besides that.)  BDH and Little Buddha just said the coffee is ready, so grab yourself a nice medium DD, and let's clear out some Thursday Clutter.

Donald Trump is so obsessed with his border wall, he's reportedly told aides to do whatever it takes to make it happen before next year's election, and he's let them know that he'll pardon anyone who breaks the law along the way. Trump may claim that the pardon comments never happened, or that they were a joke, but we know better than to believe that.  Key figures in the Mueller investigation have been non-cooperative because they're expecting pardons, and if the Great Pumpkin is allowed to follow through on this promise, it would mean this White House is completely above the law.  After the wall, executive branch employees would be empowered to break any law, knowing that Trump will free anyone who gets prosecuted.  This threat to the country can't be allowed to continue. 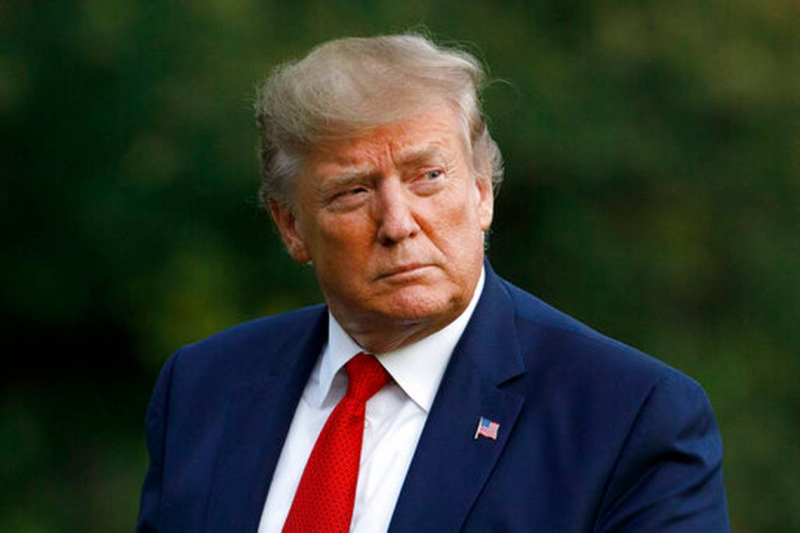 Trump will break every law he likes unless someone stops him.  (pic via islandpacket.com)

The Trump administration allowed thousands in Puerto Rico to die after a hurricane, and it looks like they're prepared to do it again.

We admit to not predicting a world where Donald Trump would claim Fox News isn't sufficiently supportive. The only way a network could be more in his pocket would be if it was state-run, which may well be where Trump is leading this conversation.

Former Secretary of Defense Jim Mattis gives his perspective on serving in the Trump administration in his new book, Call Sign Chaos, which comes out on September 3.

The next Democratic presidential candidate debate will only include 10 candidates, and it will be one night long.  The candidates who made the cut are, Joe Biden, Cory Booker, Pete Buttigieg, Julián Castro, Kamala Harris, Amy Klobuchar, Beto O’Rourke, Bernie Sanders, Elizabeth Warren and Andrew Yang.  Apart from Senator Kirsten Gillibrand, who dropped out yesterday, we won't miss anyone who anyone who won't be included in September.  This will also be the first chance to see Elizabeth Warren and Joe Biden on the same stage, which will likely be the biggest story of the evening.

The Boston Red Sox beat the Colorado Rockies 7-4 last night, and more importantly, they gained a game in the wild card race.  Xander Bogaerts led the charge for the Sox by going 3-4 with two home runs and three RBI, giving him 30 and 100 for the year respectively.  He's the first Boston shortstop to do that since Nomah in 1998.  Xander has been one of the top highlights for the Red Sox during this challenging season, and it's exciting to think about him being around for the next six years after signing his new contract.  Eduardo Rodriguez gave up three runs over five innings, but it was enough to get him the win and improve his record to 16-5 on the year.  The Red Sox are now five games out in the race for the second wild card spot with 28 games left to play.  They have today off and then go back west again to face the Los Angeles Angels.

The New England Patriots made two trades to help shore up their offensive line yesterday.  We admit to not knowing much about Jermaine Eluemunor and Korey Cunningham at the moment, but we'll add them to the list of names we have to learn before the regular season begins.

Not sure if this is still true, but at least as of 2015, Rob Gronkowski apparently never spent a dime that he made in the NFL and instead lived off his endorsement deals while saving the rest.  Good for Gronk if that's still the case.  Considering how short the typical professional football career lasts, it was a prudent move at the time which should serve him well over the long-term.

Matthew McConaughey will be a professor at the University of Texas at Austin this fall?  Alright, alright.

The final Joker trailer is out, and this should be good.  It's a stand-alone movie, so hopefully that will allow some hardcore Batman fans to calm down a bit.  Joaquin Phoenix feels creepy as Arthur Fleck, and we want to see his descent into madness.  Joker opens on October 4.  Have a look:

Okay kids, that's going to do it for now.  We had the pleasure of watching Natalie Merchant join the Wallflowers for a song in a small Greenwich Village bar many moons ago.  There were 50 people in that room at most, and she was amazing.  Let's have Ms. Merchant close things out, with some help from the Roots, with her classic tune, "These Are Days," for today's, "Song of the Day."

Thanks for stopping by, everyone.  It was great to see you, as always.  Enjoy the rest of your day, be good, and we'll watch up with you again soon.  Until next time, that's today's Clearing out the Clutter, and we are outta here.