The New Terminator 6 Trailer is Here

Let's get a little housekeeping out of the way first.  We enjoyed Terminator 3: Rise of the Machines.  It had a solid amount of entertaining action scenes and special effects, and it was funnier than we were expecting.  It also set the stage for the upcoming fight between humans and machines, and we were excited to see the next chapter.  Terminator Salvation barely rings a bell, but the recollection is that it was was all too grey for us to stay focused, so we might have changed the channel at some point.  Finally Terminator Genisys came along and changed the whole story.  Can't say we loved that...not really even sure we liked it that much, but it wasn't the worst movie of 2015.

It turns out that all of that is moot, because according to James Cameron, the upcoming Terminator 6: Dark Fate (which comes out on November 1) is the true sequel to Terminator 2, and all of that other stuff happened in another timeline or something.  Now that we've got that cleared up, will this be a movie worth seeing?  We give it points for reuniting Arnold Schwarzenegger with Linda Hamilton and Edward Furlong, but what's the hook?  It sounds like we've got another Terminator going back in time to kill someone who is important to the resistance, and Arnold and friends have to protect the young woman.

Haven't we been here and done this a few times already?  Maybe something will eventually come out that will convince us that this is a new story.  Right now, the biggest motivation to spend the money on a movie ticket is to anger all of the sad little boys who are already complaining about Sarah Connor being featured as a strong woman.  Watch the trailer for yourself and let us know what you think at bitsofclutter@gmail.com. 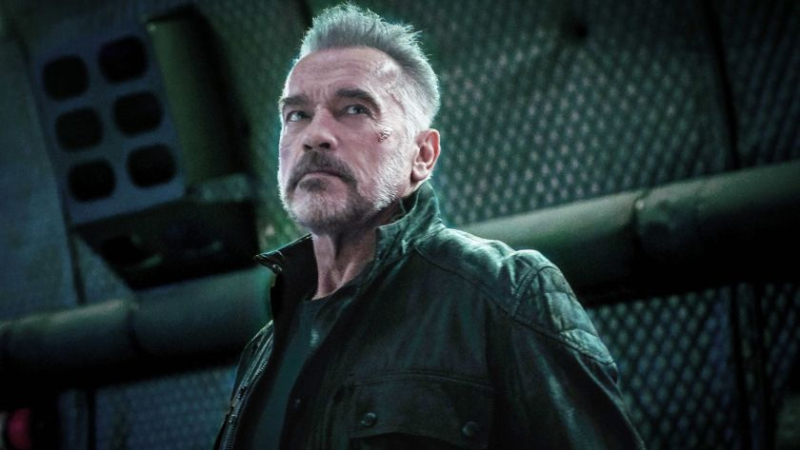 Arnold is back, but does it matter?  (pic via latimes.com)