Don't know about you, but the new season of Doctor Who is starting to feel like it will never arrive.  Even if we get a Christmas or New Year's special first, that's still months away.  What's a fan to do?  Fortunately, there's a new Doctor Who graphic novel to check out:   Doctor Who The Thirteenth Doctor Volume 2 just hit the stands, so at least we can read about the Doctor's latest adventures with Graham, Yaz, and Rian.

This collection picks up a few weeks after Volume 1, where the Doctor and fam helped rescue a pair of scientists.  #13 seems more settled into her regeneration now, which helps flesh out this incarnation a bit more.  Our crew now finds themselves wondering why the TARDIS keeps bringing them to low-key historical battles, and why all of these sites are mentioned on a podcast that everyone is listening to these days.  Our crew runs into a blood-thirsty bunch of aliens, which is never a good thing.  However, maybe there's more to these creatures than first meets the eye.  The scientists from Volume 1 are back.  However, what's been a few weeks for Team TARDIS since their first encounter has been much longer for this pair.  Are they still the same people?

Volume 1 author Jody Houser once again handles the writing duty here, and we're quickly becoming fans.  Houser has 13th's voice down pat, and there are a number of passing references for Who fans to enjoy.  Volume 2 is more laid-back than the first adventure.  The danger posed by the aliens doesn't seem as dire this time around, and there's more room for the Doctor to highlight the value of keeping an open mind, even when you're in a dangerous situation.  As she might say, there's a difference between dangerous and evil.  If anything, the scientists might be the bigger threat, and it feels like that's going to be examined more in a later edition.

The visuals are strong as usual.  Artists Roberta Ingranata and Rachel Stott team with colorist Enrica Eren Angiolini to create a quiet landscape with a sense of unease lurking in the shadows.  The aliens alternate between looking menacing and vulnerable.  The frames are engaging, and it's a treat to see what the next page brings.  As a personal bias, we could always use more time inside the TARDIS, especially since it was so underutilized in season 11.  However, we'll take what we can get until the show returns.

This isn't an in-your-face adventure.  It's a more subtle reminder about the dangers of making assumptions regarding those who are different.  It feels like it might be a brief pause before things ramp up for Volume 3, which comes out in November.  That's still a few months away, but at least we had this story to help break up the wait a bit.  We look forward to seeing what Houser and company have in store for the Doctor next! 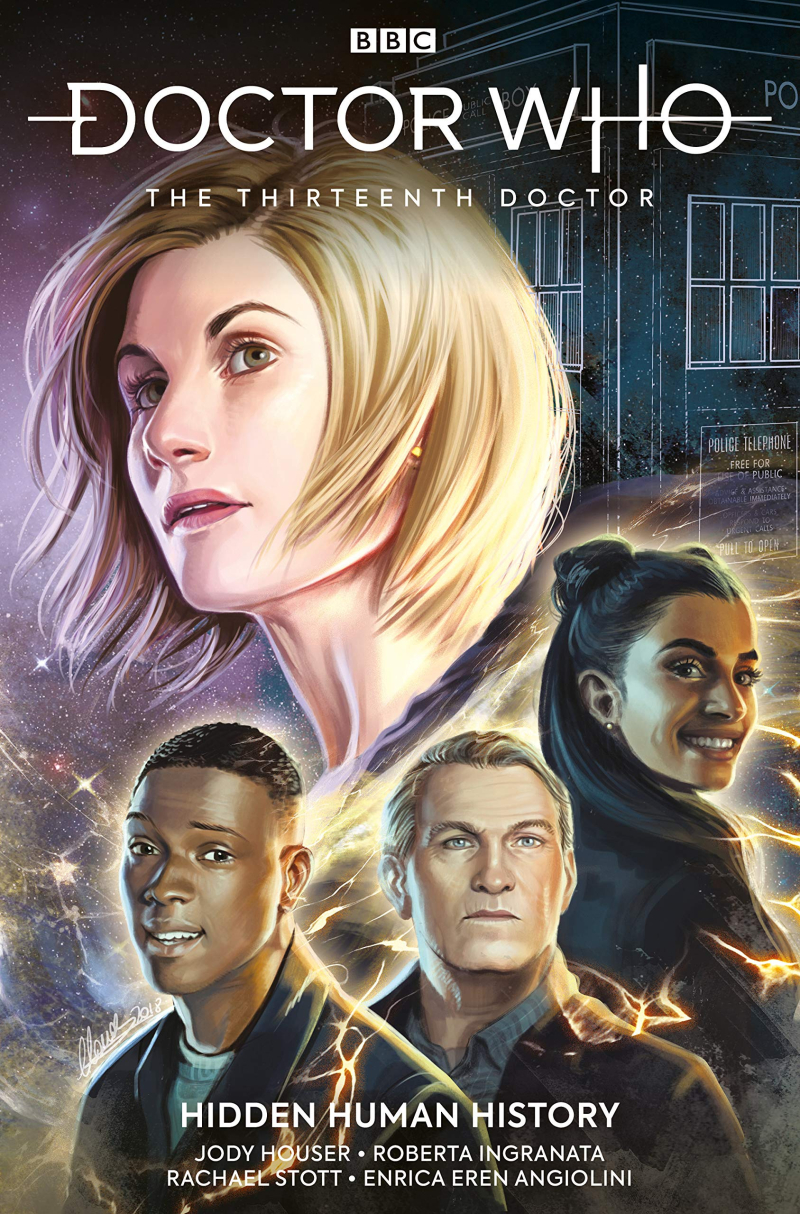 A new adventure with the Doctor is a great way to end the summer.  (pic via amazon.com)

(United States readers, use this link:)  Doctor Who The Thirteenth Doctor Volume 2

(United Kingdom readers, use this link:)  Doctor Who the Thirteenth Doctor Volume 2

Clearing out the Clutter has joined the Amazon Associates program, so we will receive a portion of any sale via the above links.  We promise it doesn't impact the content of the review.  This is just a way for us to maintain our coffee budget.