Welcome back!  Come on in, have a seat.  How was your weekend?  We had a great couple of days.  The Boston Comic Con was so much fun on Saturday (we'll discuss that more in a later post), and then I caught up with some friends on Sunday, and that's always nice.  BDH and Little Buddha were just checking out the weather forecast, and it sounds like this is going to be a hot week, including a heat advisory for today.  We will plan accordingly and encourage you to do the same.  The guys also just made a fresh pot of coffee, so grab yourself a nice medium DD, and let's clear out some Monday Clutter.

Donald Trump doesn't want you to pay attention that he's not even doing well in Fox News polls. The Great Pumpkin trails Elizabeth Warren, Bernie Sanders, Kamala Harris and Joe Biden.  With poll numbers like that, Trump especially doesn't want you focusing on the warning signs of an oncoming recession. 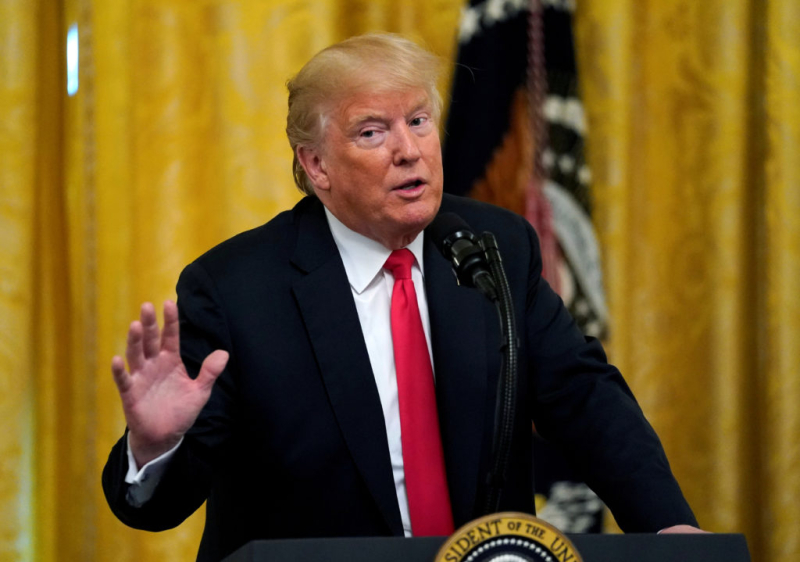 Nothing to see here folks.  Please don't send me to prison.  (pic via pbs.org)

Joe Biden was once again quoted as implying that Republicans will just be nicer if he wins the 2020 presidential election.  The statement is either completely disconnected from reality, or it's grossly insulting to the intelligence of primary voters.  Either way, Democrats have better choices and have every right to expect more from their eventual nominee.

Massachusetts political observers continue to wait to see if Representative Joe Kennedy will challenge Senator Ed Markey in the Democratic primary next year. Kennedy may hope to replicate Representative Ayanna Pressley's defeat of former Rep. Mike Capuano, although that race revolved around the introduction of a a new perspective to the delegation, not one member looking to move to a higher office.  However, a Kennedy is a serious contender in any race in Massachusetts, so this could be a fascinating race.

Snopes.com addresses the question of whether or not Impossible Burgers and Beyond Meat burgers are distinguishable from dog food, as far as ingredients are concerned.  Click on the link to find out the answer, but we will tell you that as far as smell and taste go, we could not describe our experience with a Beyond Meat burger earlier this year without making that comparison.  Others clearly disagree, given how well these products are selling these days, but you couldn't pay us to eat one of those again.

The Boston Red Sox beat the Baltimore Orioles 13-7 to sweep their weekend series yesterday.  Things got off to a bad start when Boston starter Nathan Eovaldi gave up five runs in the first two innings to the lowly O's.  The Sox were down 6-0 at one point, but they cut the deficit to 6-3 by the end of the 4th inning, and then they erupted for 10 combined runs in the 6th and 7th innings.  That surge included Rafael Devers going over 100 RBI for the year, with over a month to go in the season.  What an amazing year for the 22 year-old third baseman.  It's great when the offense can just wipe out a bad performance like that.  The Sox have now won five games in a row.  They have today off and then start a quick two-game series against the Philadelphia Phillies tomorrow.

Of course, the big Red Sox news over the weekend was that Chris Sale went on the 10-day injured list on Saturday with left elbow inflammation.  It's unclear if the lefty will pitch again this season, so the fate of Boston's season may be resting on Sale's visit with Dr. James Andrews today.  As much as we love everything Sale has done with the Sox, his inability to stay healthy for a complete season remains a red flag.  Here's hoping that doesn't come back to haunt the team over the course the next five years of Sale's recent contract extension.

The Los Angeles Lakers are reportedly interested in bringing back Dwight Howard, now that Demarcus Cousins is out with a torn ACL.  What could possibly go wrong?

Speaking of bad player signings, the NFL regular season hasn't even begun yet, and the Oakland Raiders already seem to have run out of patience with new wide receiver Antonio Brown.  Who could have seen that coming?

Jay-Z will reportedly be acquiring an ownership stake in an undisclosed NFL team.  That's the least the league could do to reward the rapper/business mogul for helping them further bury Colin Kaepernick.

On a related note, the Philadelphia Eagles came to terms with 40 year-old Josh McCown over the weekend to be their backup quarterback.  This is the same McCown who retired and was going to be an ESPN analyst.  Who will say with a straight face that signing McCown makes more sense than signing 31 year-old Kaepernick from a football perspective?

Quentin Tarantino's, Once Upon a Time in Hollywood is doing well overseas.  ICYMI - here's our review.

Neil Young and Crazy Horse will release their first album in seven years in October.

Okay kids, that's going to do it for now.  Let's see, what will get this week started on the right note...Let's have Dead or Alive close things out with, "You Spin Me Round (Like a Record)," for today's, "Song of the Day."

Thanks for stopping by, everyone.  It was great to see you, as always.  BDH and Little Buddha say you're welcome to come back later and hang out with them tonight, even though there's no Red Sox game.  We'll probably be in the garden for a while, weather permitting.  Otherwise, enjoy the rest of your day, stay cool, and we'll catch up with you again for more coffee and news soon.  Until next time, that's today's Clearing out the Clutter, and we are outta here.