Monday Clutter: Jeffrey Epstein, Trump, Joe Biden, Boston Red Sox, This is Us, the Who, and more

Welcome back!  Come on in, have a seat.  How are you?  I'm sorry we missed you on Sunday.  I didn't realize we weren't going to be able to meet up until the last minute.  While I'm thinking of it, we probably also won't be here this coming Sunday, but I'll try to remind you about that again later in the week.  Things are generally okay here at the moment.  I'm in a little bit of denial that we're in the back half of gardening season, and I'm also trying to ignore the fact that there's already noticeably less sunlight during the day.  Why can't it just be April - August 1 all year long?  Anyway, other than that, everyone here is doing well.  Speaking of our crew, BDH and Little Buddha just said the coffee is ready.  Grab yourself a nice medium DD, and let's clear out some Monday Clutter.

Of course, the big news over the weekend was the death of disgraced sex offender Jeffrey Epstein. We mentioned here before that one way or another, it was unlikely that Epstein would make it to trial next year.  It seemed clear he had incriminating information on too many important people for that to happen.  We're not huge on conspiracy theories, but the fact remains that he died while in a federal jail cell, and who here thinks Attorney General William Barr is going to give an honest explanation about what happened? 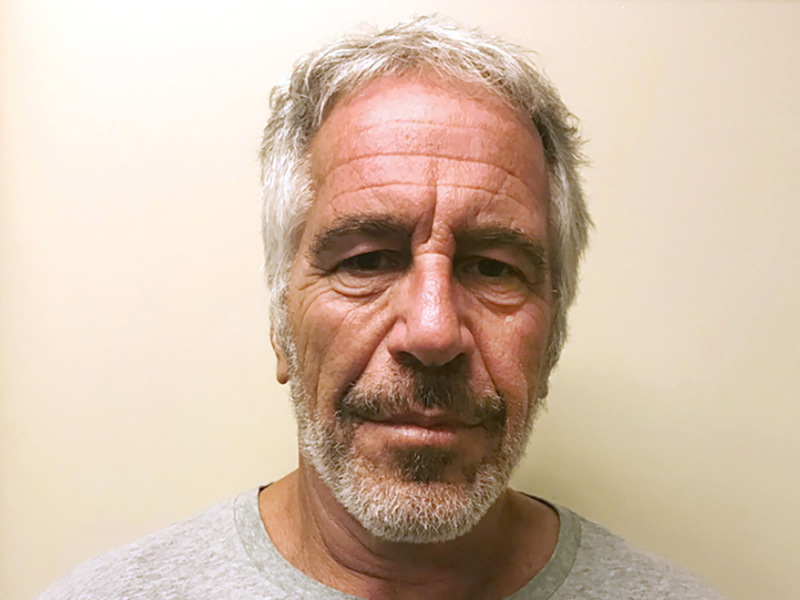 Mind you, Donald Trump has no problem pushing conspiracy theories, and that includes suggesting that Bill and Hillary Clinton are responsible for Epstein's death. One could argue that given Trump's pathological projection when attacking his opponents, that's an admission that he in fact had a role in this death.  In any case, as much as we've been conditioned otherwise over the last few years, this is not normal behavior for a White House occupant, and the United States can not take another five years of this unhinged behavior.

It's disappointing that Epstein will never be held accountable for his alleged crimes, but his victims still have other ways to pursue some amount of justice, and we hope they will be successful in those endeavors.

Acting U.S. Customs and Border Protection Commissioner Mark Morgan can't give a good explanation about why ICE seems to be ignoring reported immigration employment violations at Donald Trump's companies.  It's as if he doesn't want to be fired on the spot or something.

Joe Biden had a rough few days in Iowa, where he repeatedly claimed to have met with the Parkland shooting survivors while he was still vice-president. Biden did meet with them, but the problem is that the shooting happened in 2018 after Biden left the White House.  In addition, he also stated that "poor kids are just as bright and just as talented as white kids" before trying to correct himself on Thursday.  Democrats can and should do much better than this.  As much as some might wish otherwise, Barack Obama isn't returning to office if Joe Biden becomes the 2020 nominee.

The Boston Red Sox lost 5-4 in 10 innings to the Los Angeles Angels yesterday. Andrew Cashner continued the season-long trend of Boston starting pitchers having non-competitive outings.  Cashner gave up three runs on three hits and five walks and one hit batter in just 1 2/3 innings before getting pulled by Alex Cora.  The Red Sox battled back to take the lead, but Matt Barnes gave up a game-tying home run in the 8th inning, and Ryan Weber gave up the 5th run in the 10th.  The 62-58 Red Sox are now 7 1/2 games out of the Wild Card race and still moving in the wrong direction, where the most pressing goal is staying above .500.  Next up, they start a three-game series on the road against Terry Francona and the Cleveland Indians, which is not going to be easy.  Eduardo Rodriguez takes the mound for Boston tonight.

We've got some hints about what's to come in the next season of This is Us.

There's still a while to go before Doctor Who returns, but at least we can check out David Tennant in a new police series on Netflix that debuts on September 20.