Welcome back!  I finally managed to catch up on my sleep, and it's great not to feel like a zombie first thing in the morning.  I was just telling BDH and Little Buddha about how I met a wonderful foster dog named Elle yesterday.  I've been following her via the Simply Dozer and Friends Facebook page and was hoping our paths might cross in Concord.  Well, they did yesterday, and it's possible I made a bit of a scene with my excitement.  Elle's reaction was, "Oh, a fan?  Hello."  She plopped down right in front of me, as calm and sweet as can be, and within a few minutes, we'd moved on to belly rubs.  It was such a treat.  You can apply to the Peace and Paws Dog Rescue to adopt her, and trust me, you'll want to do that.

BDH and Little Buddha loved the story, but they want to make it clear that only one dog helps with the coffee around here.  Message received loud and clear, my friend.  Speaking of coffee, there's a fresh pot on the counter.  Grab yourself a nice medium DD, and let's clear out some Wednesday Clutter.

The House voted 240-187 yesterday to condemn Donald Trump's recent racist tweets. It was the first time a White House occupant has been condemned in over 100 years.  The most surprising part about the vote is that four Republicans (along with new independent Justin Amash) found the backbone to vote for the resolution.  Everyone knows the tweets were racist.  Now we have it on the record that House Republicans are fine with racism, as long as they get their tax cuts and conservative judges.  As far as the other chamber goes, Senate Majority Leader Mitch McConnell couldn't even bring himself to say it would be racist if someone told his wife to "go back where she came from." 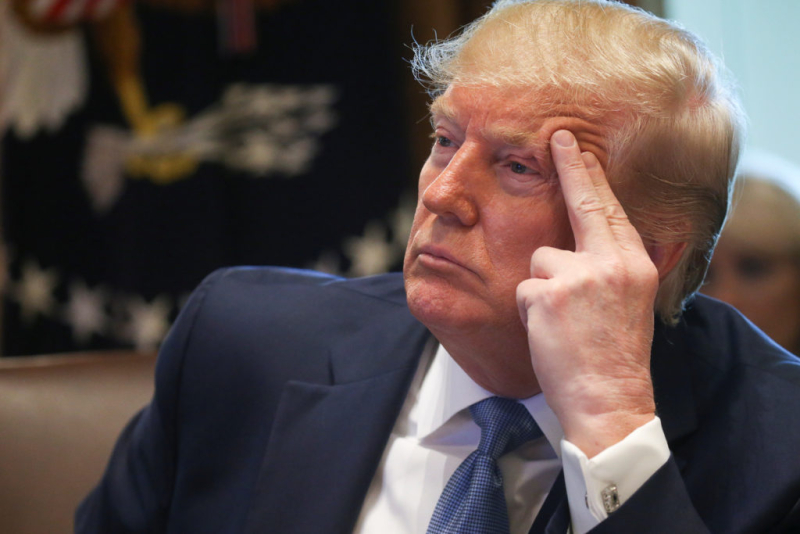 After the vote, White House aide KellyAnne Conway referred to the four targets of Trump's racist tweet on Fox News as "the dark underbelly in this country" and said some of them are "palling around with terrorists."  It's what qualifies for restraint these days that Conway didn't drop the n-word, but it's only going to be a matter of time at this point before Trump does it himself.

That wasn't it for Conway, though.  She also asked a reporter about his ethnicity during a tense press conference yesterday, and the White House march towards fascism continues.

We're saddened by the news that retired Supreme Court Justice John Paul Stevens died yesterday, following complications from a stroke.  Appointed in 1975 by President Gerald Ford, Justice Stevens started off as a moderate who eventually became a liberal icon.  He had a grace, humanity, and compassion that will be missed.  Our condolences go out to his family and friends.  Justice Stevens was 99 years old.

It was surprising to hear that Dr. Leana Wen was forced out as Planned Parenthood's president after only eight months on the job.  It sounds like she disagreed with the organization's board chairs about how to approach abortion politics.  Alexis McGill Johnson has been named Acting President while Planned Parenthood looks for a replacement for Dr. Wen.

A new study says Alzheimer's disease may impact women's brains differently than those of men, which may help explain why women make up 2/3rds of the cases in the United States.

The Boston Red Sox lost 10-4 to the Toronto Blue Jays last night. Newly-acquired starter Andrew Cashner gave up six runs (five earned) over just five+ innings.  The best thing we can say about his start is that he lasted about an inning longer than Hector Velazquez usually did in that role.  Hey, you have to start somewhere, right?  While disappointing, Cashner also hadn't pitched since July 6, so we're going to chalk this up to rust and move on.  What's more concerning is reliever Heath Hembree giving up three runs on three hits without recording an out.  The Sox bullpen is already challenged enough without there potentially being an issue with Hembree.  Next up, Eduardo Rodriguez takes the mound for Boston against the Blue Jays tonight.

The Red Sox optioned Ryan Brasier back to Pawtucket and recalled prospect Darwinzon Hernandez yesterday to try to help bolster the aforementioned bullpen.  We've got no problem with this decision.  Red Sox management needs to show that the results of this season haven't been good enough so far, and they're doing that with their recent roster moves.  Brasier has been increasingly struggling this year, and the Sox needed to do something.  Also, it's not to pick on him at all, but Alex Rodriguez called Brasier "an elite pitcher" during last Sunday's game on ESPN.  It was one of many comments that makes us think A-Rod doesn't really pay attention to a lot of the words that come out of his mouth during broadcasts.

We're excited to hear that Thor 4 is happening.  It will be written and directed by Taika Waititi, who handled both duties for Thor: Ragnarok, which is one of our top 3-4 Marvel movies.  Looking forward to seeing what Waititi and star Chris Hemsworth have in store for us this time.

This year's Emmy nominations have been released.  Anything particularly surprise you?

Okay kids, that's going to do it for now.  Let's have the Go-Go's close things out with, "Head Over Heels," for today's, "Song of the Day."

Thanks for stopping by, everyone.  It was great to see you, as always.  Given how dark it is outside, it looks like  it's going to rain anytime now.  Enjoy the rest of the day, stay dry, and we'll catch up with you again soon.  Until next time, that's today's Clearing out the Clutter, and we are outta here.