Welcome back!  Come on in, have a seat.  BDH and Little Buddha were just telling me about today's weather forecast.  We had a fun time staying out of the heat at the movies yesterday (review coming soon), and maybe we should do it again this afternoon.  There are a couple of errands that need to be done first though...Well, we'll figure that out later.  The guys made a fresh pot of coffee, so grab yourself a nice medium DD, and let's clear out some Tuesday Clutter.

Donald Trump is fond of claiming that he's the best president African Americans have ever had.  Of course, the facts say otherwise.

The Trump team thinks his racist attacks on various officials is great politics that appeals to his base.  However, there's evidence that these comments are hurting Trump's standing with white suburban women voters who make up a significant portion of his support.  For all of the constant talk that such-and-such fight is exactly what Trump wants, let's remember that 3 million more people voted for his opponent in 2016, and Republicans lost the House in 2018, so maybe the Great Pumpkin isn't the world's best political strategist.

Donald Trump is now claiming that he was at Ground Zero on 9/11. Trump had the gall to make this bold-faced lie in front of an audience of actual first responders as he signed the extension of the 9/11 Victim Compensation Fund yesterday.  We all know the man is a pathological liar who needs help from a mental health professional, but what an insult to make such an outrageous false claim in front of some of our bravest heroes who were actually on the scene to help during one of the worst events in this country's history.  Now we'll watch every member of the GOP once again dance around this disgraceful behavior, because hey, tax cuts. 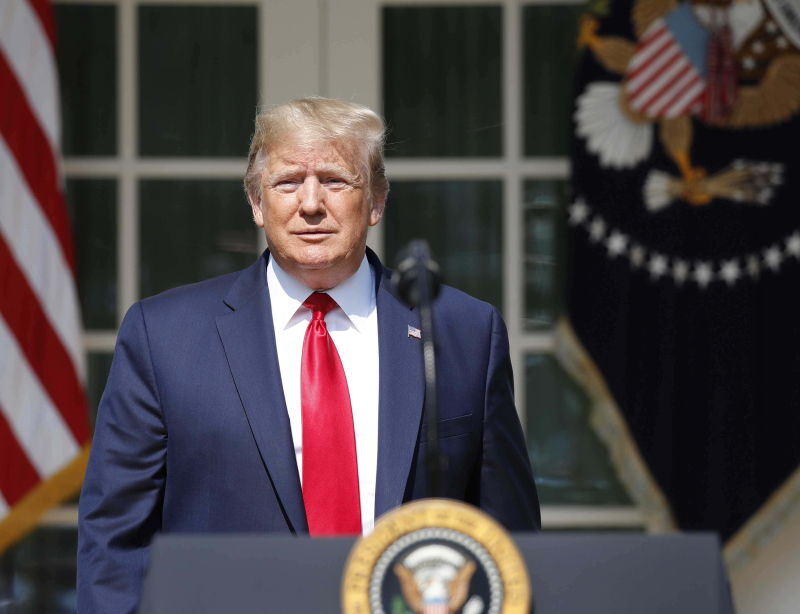 A man with little connection to reality and no sense of shame.  (pic via 98online.com)

Tonight is the first of two 2020 Democratic presidential debates this week, and the big story may be the lesser-known candidates trying to distinguish themselves from Bernie Sanders and Elizabeth Warren. Sanders seems like the more likely target, since it's easy to make him look angry on television, while Warren usually maintains her cool while dismantling her opponents.

Over 100 million Capital One customers have been impacted by a hack of the bank's server. The suspect has already been arrested, and like Equifax, the bank is offering credit monitoring to anyone who was impacted.   It's days like this when the Clutter investment team has to talk us out of cashing out and hiding our money under the bed as we continue to try to reduce our digital footprint.  Too many businesses have too much information on too many people, and apparently none of that data is safe.

Big Papi News Desk:  David Ortiz celebrated his return home on Instagram on Monday.  It's great that he's out of the hospital, and it looks like his family cooked up one heck of a feast for the occasion.  However Ortiz couldn't eat any of it as he continues to recover from his gunshot injuries....so who got to eat this delicious looking meal?

The baseball trade deadline is about 24 hours away.  It's clear that the Boston Red Sox need some bullpen help, but we're not convinced that they have the pieces to make a significant trade.  The good news is that they may not need one.  The offense is clicking, and the starting pitching has the potential to go on a run if they can just maintain some consistency.  It would be a smoother and less stressful ride with some additional quality relievers, but hey, where's the fun in that?  Meanwhile, the Red Sox hope to continue their recent hot streak as they start another series against the Tampa Bay Rays.  David Price takes the mound for Boston tonight against his original team.

The Los Angeles Dodgers signed former Boston Red Sox reliever Tyler Thornburg to a minor league contract. Thornburg was a disaster in Boston as he struggled with injuries for three seasons, but we wouldn't be shocked if he suddenly regained his former elite form with a return to the National League.   Oh well, best of luck to him.

Pro wrestling legend Jerry "the King" Lawler is suing Hardeman County police and other officials over the death of his son Brian Christopher in the local jail.  Christopher was found hanging by his shoelaces after an arrest last year, and Lawler says it could have been prevented.

Sorry to hear the rumors are true:  Actor Billy Miller is leaving General Hospital.  It's disappointing, but we can't really blame the guy.  Originally brought on to the show as a recast of Jason Morgan, the actor got a raw deal when the decision was made to bring back Steve Burton to reclaim the role and retcon Miller to be Drew Cain, Morgan's never-before-heard-of twin brother.  After that, the writers didn't give Miller much to work with, so it's easy to see why he might be looking to go elsewhere.  No word on whether Drew Cain is being recast or written off the show.

Katy Perry was found guilty of ripping off a 2013 Christian rap song for her hit "Dark Horse." The case was focused on the similar beats of both songs, and a jury found they were too close for comfort.  The award will be determined next, although our guess is that the case will go be appealed, and there will eventually be some sort of settlement for a lower amount that doesn't admit guilt.

Okay kids, that's going to do it for now.  Let's closes things out with the latest track from Iggy Pop.  Here's, "James Bond," for today's, "Song of the Day."

Thanks for stopping by, everyone.  It was great to see you, as always.  BDH and Little Buddha want you to know that you're welcome to come back and watch both the Red Sox game and Democratic debate with us.  (Mind you, the guys will be in charge of the remote control.)   Otherwise, enjoy the rest of your day, be good, and we'll catch up with you again soon.  Until next time, that's today's Clearing out the Clutter, and we are outta here.