Welcome back, and a happy Monday to you all!  It might be a challenging day on this end.  I was moving a little slowly yesterday, and then I watched most of the Red Sox - Dodgers game at Dad Clutter's house last night.  Between the fact that it went extra innings,  the drive back, and then getting ready for bed, I think I went to sleep about an hour ago.  I guess I could have gotten up a little later, but I didn't want BDH and Little Buddha worrying about whether or not we would all hang out today.  They tell me they appreciate me thinking about them, but they will force me to take a nap later if necessary.  In the meantime, they promise to keep the coffee flowing.  There's a fresh pot on the table, so grab yourself a nice medium DD, and let's clear out some Clutter.

Donald Trump made what may have been the most racist attack of his current stint in the White House yesterday.  Apparently he was concerned his dog whistles were too subtle for his base.  Trump tweeted that four (unnamed) progressive Congresswomen should go back where they came from before criticizing America.  The representatives in question are Alexandria Ocasio-Cortez, Rashida Tlaib, Ilhan Omar, and Ayanna Pressley.  First off, Ocasio-Cortez, Tlaib, and Pressley are natural-born U.S. citzens, and Omar became a citizen in 2000.  Second, regardless, this is pure racist garbage. Third, Trump is right about one thing - the corruption in their country is out of control. 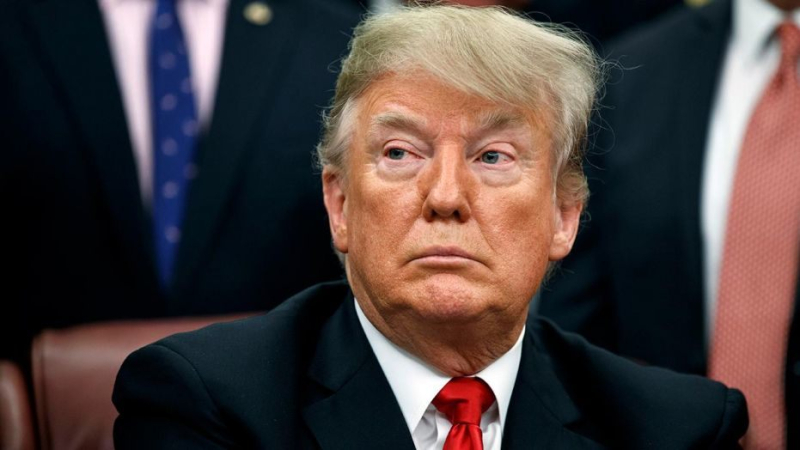 Is it hard to tweet while you're wearing a hood?  (pic via atlantablackstar.com)

Trump continues to try to make his opponents out to be non-human because of the color of their skin, and Speaker Pelosi's response?  To tell him to stop it and work with Congress instead, which is so disconnected from reality as to be stunning.  Oh, and for those wondering, no one in the GOP has uttered a word of criticism about Trump's comments, as their cowardice continues unchecked.  Heaven forbid they might be the subject of another tweet.  Every last one of them has sold their soul to the Great Pumpkin.

British Prime Minister Theresa May says Trump's language is "unacceptable," thus making her braver than every single member of the GOP.

The women who are the subject of Trump's latest attack are making it clear they won't back down, and we all know how much strong women bother him.

Trump needs something to get his base worked up, because the latest polling is not breaking his way.

The Boston Red Sox lost 7-4 to the Los Angeles Dodgers in 12 innings last night. David Price had a fair outing, giving up four runs in five innings.  The killer for Price was a three-run home run in the first inning by Dodgers second baseman A.J. Pollock that just wrapped around the Pesky Pole.  It's funny how a home run in that area by a Red Sox player is a great shot, but it's a dinky homer when an opponent does it.  Even Pollock looked chagrined when he got back to the dugout.

The Sox quickly got two runs back in the bottom of the first, and then went on to tie the game 4-4 with home runs from Xander Bogaerts and J.D. Martinez in the eighth inning.  Boston had runners in scoring position in each of the final three innings but couldn't get them home, and the Dodgers eventually pulled ahead in the 12th.  The Sox are now 21-22 at home this year, which is mind-boggling.  Next up, Boston starts a series against the Toronto Blue Jays, with Rick Porcello taking  the mound for the Sox.

We're sorry to hear that Hall of Fame pitcher Bob Gibson has been diagnosed with pancreatic cancer. Gibson is legendary for being one of the toughest men to ever play in the majors, and the 83-year-old will no doubt put up one hell of a fight.

Dwayne "the Rock" Johnson says he's proud that his new movie Hobbs & Shaw gives him a chance to show off his Samoan heritage.

Okay kids, that's going to do it for now.  We're really going to need some help getting this week started, so here's Metallica to close things out with a terrific live performance of, "Master of Puppets" in the pouring rain for today's, "Song of the Day."

That should help a bit.

Thanks for stopping by, everyone.  It was great to see you, as always.  Enjoy the rest of your day, be good, and we'll catch up with you again for more fun soon (as soon as we take that nap.)  Until next time, that's today's Clearing out the Clutter, and we are outta here.