Welcome back, and a happy Friday to you all.  Can we start slowing down the summer just a bit?  I know, it's still July for a few more days, but it seems like things are picking up speed, and I'm in no rush to get to fall and winter.  BDH and Little Buddha said they'd be happy to look into that for me, which was nice of them.  They also said that they just made a fresh pot of coffee, so grab yourself a nice medium DD, because it's time to clear out some Clutter.

Robert Mueller made it clear again this week that Russia interfered with the 2016 presidential election and is trying to do the same thing for 2020.  The Senate Intelligence Committee just released a comprehensive report about those 2016 efforts and made recommendations about what states and the federal government can do to protect our country.  Senate Majority Leader Mitch McConnell's response?  To block two bills to strengthen our election system's security, because he doesn't want anything to stop Russia from continuing to help the GOP.  For all of the energy (rightfully) focused on Donald Trump, Mitch McConnell's assaults on American democracy can not be overlooked.  Meanwhile, you can be a patriot, or you can be a Republican, but you can not be both.

Attorney General William Barr ordered the resumption of federal executions after a 16-year hiatus yesterday. Capital punishment is an abomination which is also an inherently and irreparably flawed policy.  The government should not be taking lives, and it has been proven time and time again that the death penalty is biased against the poor and people of color.  Of course, that's right in line with the white supremacists currently running the executive branch.  It also has an estimated error rate of 4%, and the notion that we would tolerate the execution of a single innocent person is horrifying. 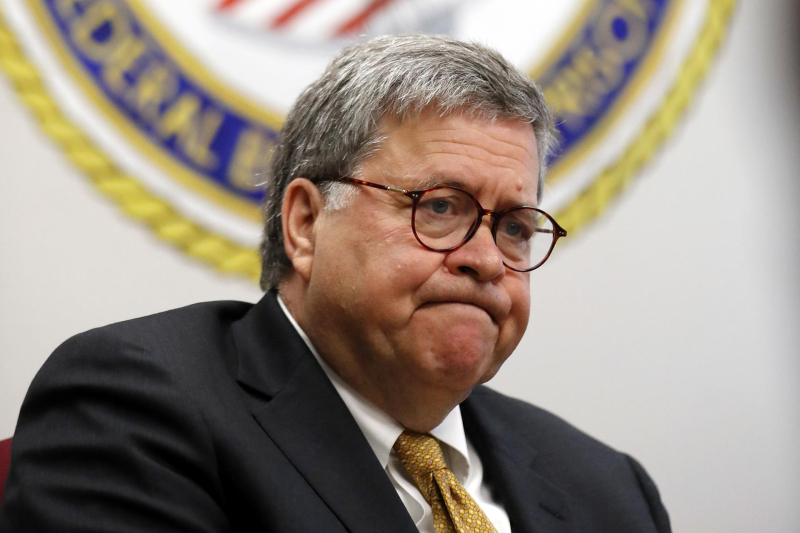 Finding new ways to disgrace the country every day.  (pic via wttw.com)

Click here to find out if you're eligible to be part of the Equifax data breach settlement.  We just did it, and son of a *^&*(, we qualify.  The question now is, do we ask for 10 years of credit monitoring or take the $125 check?

Starbucks stock is up 41% for the year, and they just blew past their third quarter estimates, so things seem to be hitting on all cylinders for the coffee company at the moment.

The Boston Red Sox destroyed the New York Yankees 19-3 last night. The Red Sox batters got things started early with seven runs in the first inning of New York starter Masahiro Tanaka, and they never let up for the rest of the night.  Tanaka ended up giving up 12 hits and 12 runs over just 3 1/3 innings.  That was the most runs the Red Sox have ever scored against the Yankees, and it matched their largest margin of victory of all-time against New York, tying a 17-1 beat-down in 2005.  That's how you start off an important series.  Boston's chances of any postseason success may end up depending on the offense lighting it up like this on a regular basis for the rest of the year.  Rick Porcello gave up the three runs in six innings, and the Boston bullpen took care of the rest.  Next up, Andrew Cashner looks for his first quality start for the Sox as he takes the mound against New York.  We'll be in the stands cheering him on (and hoping one of the Sox batters wants to drop a home run in our direction.)

Yes, it's already time to start talking about football.  The New England Patriots training camp started yesterday, and the two biggest stories so far seem to be Julian Edelman being out with a broken thumb and backup quarterback Danny Etling moving to wide receiver.  Edelman's injury isn't expected to keep him from missing any regular season games, so that doesn't seem like such a big deal.  Good for Etling for being willing to switch positions, because he wouldn't be looking at any chance of playing time otherwise.

We've generally stayed clear of the zombie stories over the last few years, but Zombieland was fun, and Zombieland: Double Tap also looks like it could be a good time when it comes out on October 18....It really comes down to Woody Harrelson now that we think about it...Anyway, check out the trailer:

The Will & Grace reboot will end after next season...unless the powers that be decide to bring it back again at some point down the road.

Jeff Bridges will star as a retired CIA officer in a new show on FX this fall.  That might be worth a look.

Thanks for stopping by, everyone.  It was great to see you, as always.  (You know BDH and Little Buddha are already asking when you'll be back.)  Enjoy the rest of your day, be good, and we'll catch up with you again soon.  Until next time, that's today's Clearing out the Clutter, and we are outta here.