Check out Tom Hanks as Mr. Rogers in the Beautiful Day in the Neighborhood Trailer

The first trailer for A Beautiful Day in the Neighborhood is finally here.  Tom Hanks stars as Fred Rogers, with Matthew Rhys playing journalist Tom Junod.    The short version of the plot is that Junod is a cynical man who who has been assigned to write a profile of everyone's favorite neighbor, and he probably learns how to be a happier person, thanks to Mr. Rogers.  The movie will be released on November 22, 2019, so it's a perfect way to start off the holiday season this year.

Casting Hanks as Mr. Rogers was a solid choice, as they both feel like the country's security blankets.  We're not as familiar with Rhys, but we'll give him the benefit of the doubt that he will hold his own in this movie.  However, we had the strangest feeling while watching the trailer.  That is, we're suddenly feeling protective about Fred Rogers' story.  We need this to be a good movie.

Having grown up watching Mr. Rogers' Neighborhood and reading The Good Neighbor last year,  it's a matter of historical fact that Fred Rogers was a fantastic advocate and role model for treating people with kindness.  The world needs to be reminded of that message more and more with each passing day.  To be clear, Mr. Rogers had his faults like every other human being, but he was the real deal when it came to preaching respect for all.  A Beautiful Day in the Neighborhood comes with the traditional "based on the true story" disclaimer.  We know it's not a documentary, but please let it be close to reality.

The biggest concern here is that the movie could be too syrupy, but we're cautiously optimistic they'll get it right.  Fred Rogers was a remarkable man who deserves an accurate portrayal.  If this movie can help spread his message, than we've all been given one more gift from "the neighborhood."

Enough talking - let's get to the trailer:

What do you think? 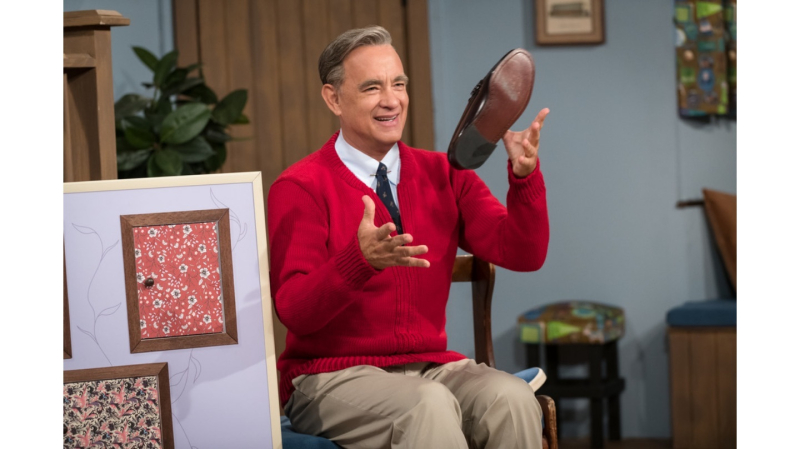 Are you ready for a trip back to Mr. Rogers' Neighborhood?  (pic via imdb.com)

Clearing out the Clutter has joined the Amazon Associates program, so we will receive a portion of any sale via the above link.  We promise it doesn't impact what we have to say here.  This is just a way for us to maintain our coffee budget.