Welcome back!  Come on in, have a seat.  How are you?  It's pretty grey outside at the moment.  I'm being told that's the forecast for the whole day.  Hmm, it kind of makes me want to go back to bed, but there's too much to do, so that's not going to happen.  BDH and Little Buddha say they're happy to encourage me throughout the day if that's helpful.  Of course it's helpful.  They're the two best motivators I know.  Of course, it also doesn't hurt that they make great coffee.  Speaking of which, there's a fresh pot on the counter, so grab yourself a nice medium DD, and let's clear out some Wednesday Clutter.

Donald Trump launched his re-election campaign last night. His Florida rally sounds more like a Festivus "airing of the grievances" than anything else, but really, what else could we expect from the world's most insecure man who is consumed by an inferiority complex on a daily basis? 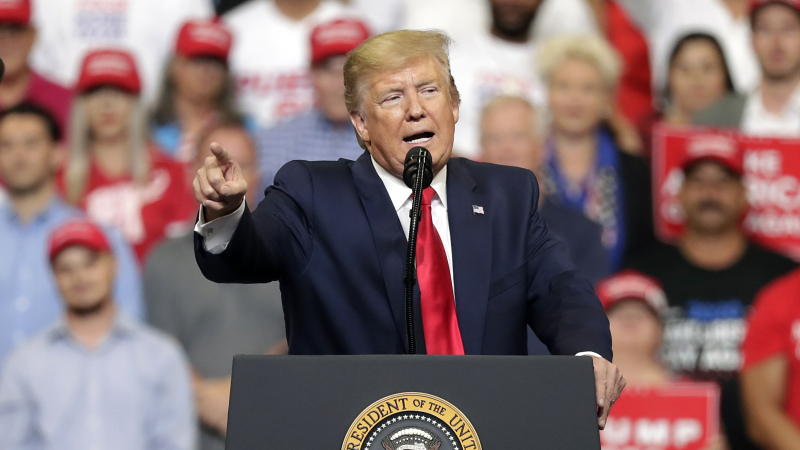 The House approved a budget amendment that blocks Donald Trump's ban on transgender people serving in the military. There's no excuse for his discriminatory policy.  The language still has to get through the Senate, and there's a likely veto threat looming after that.  Should that happen, Congress should override the veto.  People who want to serve in the military should be allowed to do so. Meanwhile, the fight over this ban still continues to play out in the courts.

A United Nations independent investigator released a new report reconfirming that Saudi Arabia is responsible for the murder of journalist Jamal Khashoggi. After helping cover-up the killing, we'd be surprised if Donald Trump even remembers the name, but will this report push anyone else to take action?

Joe Biden says he won't "demonize" the wealthy during his campaign. The top 1% in this country are waging war against the other 99%, and Biden thinks we should focus on being polite.  It's already clear that he won't protect reproductive health services from Republican attacks, and now he confirms he wants to be friends with those who assault working class families on a daily basis.  Hard pass.

Investors are waiting to hear if the Federal Reserve will announce an interest rate cut today. We're still rooting against it - we were just getting used to earning enough each month for a cup of coffee and maybe a muffin.  Mind you, we don't really eat muffins anymore, but it would just be nice to still have the option.

It's distressing that a new study says the suicide rate for teens and young adults in the United States is at an almost 20-year high. It's the second leading cause of death for people 15-24, behind car accidents.  The report focused more on the overall trend than the causes, but whether it's drugs, social media, or something else, we have to find a way to reverse course.  If you are in trouble, or know someone who is, you can always call the National Suicide Prevention Lifeline at 1-800-273-8255.

The Boston Red Sox lost 4-3 to the Minnesota Twins in 17 innings last night, thus snapping their six-game winning streak.  The Sox had their chances, but when you go 1-13 with runners in scoring position, things usually don't turn out well.  On the flip side, the fact that the Boston bullpen was able to keep the team with the best record in baseball in check for so long is encouraging.  Now, it's time for Eduardo Rodriguez to step up and give the Boston bullpen a breather tonight.  The talented lefty still has issues with his pitch count efficiency, but six innings should be the bare minimum, and less than seven will be disappointing, as the Sox try to win this series before heading back to Boston.

Didn't see this one coming:  It sounds like Al Horford is preparing to leave the Boston Celtics at the end of the month. While some may feel that he was not worth his 4-year/$113 million contract, he appeared to be a solid part of the team both on and off the court.  It didn't seem like there was much doubt about his return, but apparently he's still got his eye on winning a championship, and this team seems to be slowly moving in the opposite direction at the moment.  Maybe Danny Ainge will find a way to convince Horford to stay, but if not, we wish him the best, including finally getting that title.  Meanwhile, interest continues to grow in how Ainge handles the NBA Draft on Thursday, since he likely needs to replace Horford and Kyrie Irving and Anthony Davis is no longer available.

John Cusack is under fire for retweeting an anti-Semitic post and cartoon.   This is one of a number of reasons why we don't feel bad about being blocked by the actor on Twitter.

Apparently a lot of people want to watch Adam Sandler and Jennifer Aniston as a married couple.  Netflix says almost 31 million people watched their new movie, Murder Mystery, during its opening weekend.  That's a new record for a Netflix film.

House/Once Upon a Time alum Jennifer Morrison is joining the cast of This is Us in what is described as a major role.

Okay kids, that's going to do it for now.  Here's Godsmack to close things out with, "Under Your Scars," for today's, "Song of the Day."

Thanks for stopping by, everyone.  It's always a treat to hang out with all of you.  BDH and Little Buddha want to make sure you know you're welcome to come back later if you want to watch the Red Sox game with us.  Otherwise, enjoy the rest of your day, be good, and we'll catch up with you again soon.  Until next time, that's today's Clearing out the Clutter, and we are outta here.