Welcome back!  How are you?  I'm a little thrown that it's Wednesday.  It feels like it was just Wednesday, and I thought the same thing last Wednesday.  Not sure what that's about.  Anyway, I shouldn't have wondered if it was going to rain yesterday, because we got a solid soaking in the afternoon.  There are a couple of small splashes of color in the garden.  BDH and Little Buddha say the flowers are like their caretaker - they don't like being rushed.  That's fair.  Let's check out today's headlines while the plants do their thing.  The guys made coffee, so grab yourself a nice medium DD, because it's time to clear out some Clutter.

This photo of the father and young daughter who drowned while trying to seek asylum in the United States is heartbreaking, and the accompanying backstory makes it all the more devastating.  We have a humanitarian crisis at our southern border which is entirely of our own making.

All eyes will be on Robert Mueller when he appears before Congress on July 17. The former special counsel will obey a subpoena and testify publicly about his investigation of the 2016 presidential election before both the House Judiciary and Intelligence Committees.  It's critical that the public hear more directly from Mueller, although this should have happened when the report was released in April.  In any case, if Speaker Nancy Pelosi continues to let Donald Trump slide without any repercussions and banks on an election process that Trump is already trying to corrupt again, this country will continue to disintegrate. 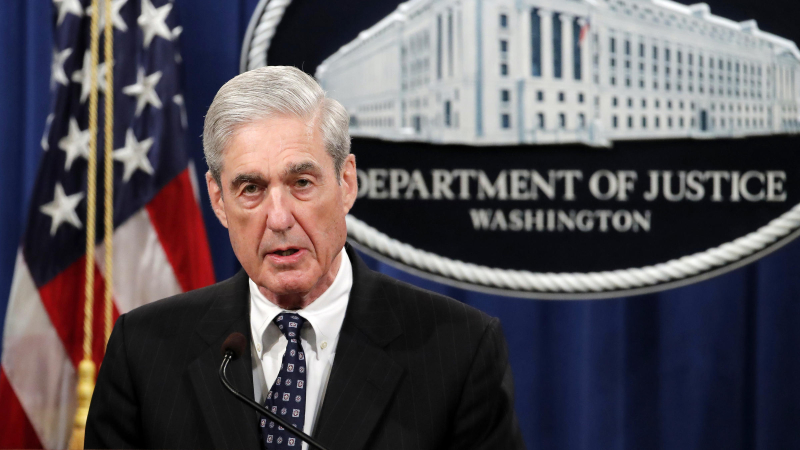 It was stunning to hear that Donald Trump's chief of protocol was suspended this week, mostly because we had no idea anyone was being paid to so obviously fail at that position.  Now, the fact that Sean Lawler is being investigated for improper behavior?  Not so surprising.

Federal Reserve Chairman Jerome Powell doesn't sound like he's ready for an interest rate cut in the immediate future. His comments sent stocks down a bit yesterday, and that's sure to inspire another Great Pumpkin Twitter tantrum.  However, the Clutter investment team says we probably earn enough interest right now for two medium cups of coffee a month, so we're good with keeping the status quo.  Hold on...that stock downturn might be moot anyway, because Treasury Secretary Steven Mnuchin says the U.S. is "90%" of the way to completing a trade deal with China. If true, we'll once again watch Donald Trump take credit for solving a crisis he created in the first place.

The 2020 Democratic presidential candidates get the national spotlight with televised debates tonight and tomorrow night. This is an opportunity for the top-tier group to push their case why they are better options than Joe Biden to go against Donald Trump next year.  For a number of the lower-tier folks, this might be their one chance to introduce themselves and explain why anyone should be paying attention to them.

The NRA is abruptly shutting down NRATV, which means spokeswoman Dana Loesch is out of a job.  Our thoughts and prayers go out to her during this difficult time.

The Boston Red Sox beat the Chicago White Sox 6-3 last night. The Sox offense was led by third baseman Rafael Devers, who went 4-4 with one RBI and two runs scored.  Devers is now batting .317, and his fielding seems to have improved significantly over the course of the season, which has us high on the 22-year-old's potential ceiling.  David Price battled through the rain to give up the three runs over six innings.  The Red Sox improved to seven games over .500 (44-37) for the first time this season.  Now it's time for Chris Sale to get his first win at Fenway of 2019 when he faces his old team this afternoon, as Boston goes for the sweep against Chicago before leaving for London to face the New York Yankees.

Pitcher Steven Wright rejoined the Boston Red Sox after serving an 80-game suspension for taking PED's. As much as we root for the Red Sox to win every game, and they need bullpen help, we're pulling for Wright to get lit up like a firecracker in his first appearance.   In addition to failing his drug test, Wright was suspended for 15 games last year for violating MLB's domestic violence policy, and that makes him garbage.

Millions of people are waiting for Tom Holland to return to the big screen in Spider-Man: Far From Home next week.  However, Holland also has a movie coming out in October called The Current War which features Clutter favorite Benedict Cumberbatch as Thomas Edison in the battle over the future of electricity.  This feels like a movie that could either be terrific or a flop.  Take a look at the trailer and tell us what you think:

Okay kids, that's going to do it for now.  Here's Fatboy Slim to close things out with, "Praise You," for today's, "Song of the Day."