Welcome back!  Come on in, have a seat.  I was just telling BDH and Little Buddha that we have an important delivery coming today.  The problem is that it requires a signature.  The package will be here some time before 8:00 tonight, and I only have to be out for a couple of hours, but I feel like there's a 95% chance I'm going to miss it.  The guys say they'd be happy to sign for it, but I don't think a blue dog paw or a small Buddha butt print are considered valid.  (That's totally discriminatory by the way, but we'll deal with that another time.)  Oh well, I'll run the errands that need to be done and just keep my fingers crossed that I'm back in time.  For now, let's check out today's headlines.  The guys made coffee, so grab yourself a nice medium DD, because it's time to clear out some Thursday Clutter.

Joe Biden is being criticized for his comments about being able to work with segregationist senators in the past.  Let's see, so far Biden has referred to the radically anti-choice Vice President Mike Pence as "a decent guy," he's refused to "demonize" the wealthy who are assaulting this country, and now he's bragging about his ability to work with racists.  So, other than defending those who oppose women, 99% of the country, and minorities, everything is going fine. 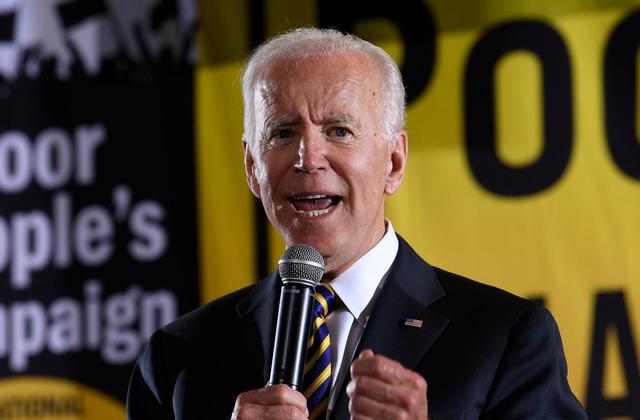 Congratulations to Rhode Island on passing a new law to strengthen abortion rights protections in the wake of the anti-choice onslaught running rampant throughout much of the country these days.  If heavily-Catholic Rhode Island pass this legislation, Massachusetts officials should also be able to approve a similar bill that was heard earlier this week.

The Federal Reserve decided not to cut interest rates yesterday, and it sounds like any cut would come in 2020 at the earliest.  Looks like we'll still be earning enough interest each month for one coffee and a muffin for a while after all.  Now Jerome Powell will see if this move inspires Donald Trump to try to illegally fire/demote him as chair.

Everything about being a Facebook moderator sounds awful, according to this new article.

The Boston Red Sox beat the Minnesota Twins 9-4 to win their series last night.  Good for them for showing they can rise to the challenge when playing a quality opponent, like the team with the best record in the majors, for example.  We said here yesterday that Eduardo Rodriguez had to step up and give the Sox some innings following the marathon game the two teams played the night before.  We were looking for the lefty to get through seven, and look at that, he gave up eight hits and four runs over seven innings.  It's a little concerning that third baseman Rafael Devers had to leave the game due to some hamstring discomfort, but hopefully that's not a big deal.  The Red Sox have today off, and then they start a weekend series against the Toronto Blue Jays.

Big Papi News Desk:  Authorities in the Dominican Republic now say David Ortiz was not the intended target in the shooting that wounded him on June 9.  According to officials, a friend of Ortiz named Sixto David Fernández, who was sitting next to Big Papi that night, was the actual target, and that a cousin with drug-running ties set him up because Fernandez allegedly helped law enforcement arrest him.  So...how do we feel about this story?  It's suspicious that anyone would mistake David Ortiz for anyone else really, but maybe the alleged shooter really botched the job.  If prosecutors are really going with this story, it could be a long time before we ever get a definitive account of what happened that night.

Washington Nationals pitcher Max Scherzer broke his nose during batting practice on Tuesday, so he did the only thing he could do yesterday:  take out the Philadelphia Phillies with an outstanding performance.  The guy is a beast.

Carrie Underwood, NBC and the NFL are being sued for allegedly stealing her Sunday Night Football intro song.

Michael Anthony recently talked about the (latest) failed Van Halen reunion that was supposed to happen this summer.  We'll always have a fondness for the band, but maybe it's time to just wrap things up here.  Anthony is off having fun with Sammy Hagar and their new band, David Lee Roth pops up every once in a while to ramble about this or that, and the Van Halen brothers seem to enjoy being recluses.  We'll always have the music and the memories, but this soap opera is well past its expiration date.

Avengers: Endgame is coming back to theaters with a few more minutes of extended footage, in what appears to be an attempt to finally nudge past Avatar to hold the all-time #1 box office spot.  Seems a little lame (although Avatar also pulled the re-release move a few times), but of course we'll be looking for the clips online.

Okay kids, that's going to do it for now.  Let's have the Hollywood Vampires (featuring Johnny Depp, Alice Cooper, and Joe Perry) close things out with their cover of the classic David Bowie tune, "Heroes," for today's "Song of the Day."