Welcome back!  Come on in, have a seat.  How are you?  I'm feeling a little beat up at the moment, although I'm not sure why.  BDH and Little Buddha suggest some stretching when we're done here.  Sounds like a plan.  We had a little craziness due to a grease fire at Dad Clutter's house yesterday.  Long story short, everyone and everything is fine, but it was a touch on the dicey side, and I don't think it would have taken much longer for it to escalate into a serious problem.  Hopefully that will be the most dramatic event we have around here for a while.  In the meantime, the sun is shining, the birds are chirping, and the guys just brought in a fresh pot of coffee.  Grab yourself a nice medium DD, and let's clear out some Monday Clutter.

Senator Bernie Sanders (I-Vermont) is expected to release his free college program today. The plan would eliminate all debt for students at state or tribal-run colleges through a combination of mostly grants to states, schools, and students, and it would be paid for by a tax on Wall Street.  This plan goes further than the one put forth by Senator Elizabeth Warren (D-Massachusetts) who restricts hers to students of families making under $250,000.  We can already hear the howling and screams about the cost, and people will disagree about whether or not there should be means-testing in this situation, but imagine the energy that would be unleashed into the economy if students weren't trapped by the approximately $1.6 trillion debt they're under these days.

Donald Trump told Chuck Todd in a recent interview that he assumed his presidential library would be on a Trump property. The fact that Todd expressed surprise at the answer leaves us wondering how he has a job as a political talking head and the host of Meet the Press.  To not expect that answer is to not have paid five seconds of attention to the Great Pumpkin.  "Donald Trump is obsessed with money?  Who knew?"   Oh, and before we forget, obviously it's gross that Trump is looking to profit off his library.  Totally expected, but still gross.  Wonder if he'd have any problems accessing the revenues from federal prison.

This is interesting:  Toys 'R' Us is reportedly planning on making a return about a year after it went out of business. It sounds like the company would have a much different look with far fewer stores, but in any case, here's hoping they can make it work.   We've already got the theme song stuck in our heads again:

The Boston Red Sox lost 6-1 to the Toronto Blue Jays yesterday and ending up losing the weekend series.  Now, the Sox are still 7-3 in their last 10 games, but they should have taken at least two out of three against the 29-49 Blue Jays, especially at home.  Rick Porcello had a flat outing, giving up eight hits and  five runs over six innings.  A few of those hits were less than impressive, but runs are runs, and the Boston offense couldn't generate more than one of those all day.  Everyone looked flat, as if they were still reeling from Saturday's late-inning collapse. The day also included Brock Holt leaving the game with a hamstring issue, so it was really just bad news all around.  Next up, Eduardo Rodriguez takes the mound tonight as Boston faces the Chicago White Sox.

We love Red Sox analyst Dennis Eckersley, but his criticism of Toronto Blue Jays pitcher Marcus Strowman for celebrating too much yesterday was insane.  Strowman was doing his best Eckersley impression, as we all know the Hall of Fame reliever wasn't exactly known for being quiet on the mound.  There's something about Strowman that seems to irritate Red Sox announcers more than maybe any other pitcher, but we'd enjoy having him on the team if the opportunity ever presents itself.  Talented pitcher with personality?  Sign us up.

It's just about at the midpoint of the baseball season, and it's clear that this year's Red Sox team faces some major challenges that need addressing, the most urgent one being the bullpen.  If Dave Dombrowski can figure out a solution, that's terrific.  If not, Boston Globe beat writer Peter Abraham has some thoughts about what it would look like if the team became sellers. We hope it doesn't come down to that, but Abraham's breakdown of which players should be made available, and which ones are untouchable, makes sense.

Last Saturday was the one-year anniversary of the passing of Pantera drummer Vinne Paul.   We still remember seeing him at the Hard Rock Casino in Las Vegas at about 3am one night and debating whether or not to ask for an autograph.  (Selfies weren't huge at that point in time.)  However, he was focused on his poker game, and that didn't appear to be ending anytime soon, so it seemed best to move on and leave him to it.

Okay kids, that's going to do it for now.  We've got a treat for you - here's Prince to close things out with the original version of, "Manic Monday," for today's, "Song of the Day." 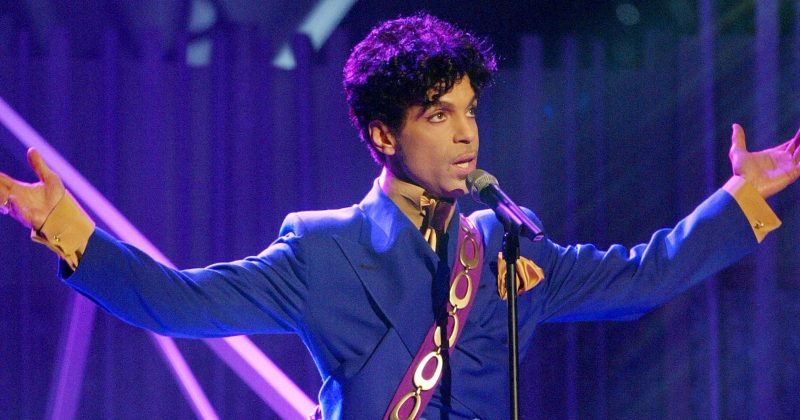 A legendary talent.  (pic via rgj.com)