Welcome back, and a happy Friday to you all!  What's on the schedule for this weekend?  I've got a few errands to take care of, but I'm mostly looking forward to some garden time and maybe a bike ride.  Oh, and Good Omens is finally out on Amazon Prime Video, so we'll have to get started on that.  BDH and Little Buddha can't wait to see David Tennant and Michael Sheen as a devil and angel who are out to stop the apocalypse.  They're particularly excited that there's a dog in the story.  However, let's check out today's headlines first.  The guys made some coffee, so grab yourself a nice medium DD, because it's time to clear out some Clutter.

Donald Trump continues to lash out at the world.  This time, Trump sent stock futures tumbling after announcing he'll levy a 5% tariff against imports from Mexico until June 10 unless undocumented immigrants stop coming to this country.   If that doesn't happen to his liking, the tariffs get hiked to 10%.  Once again, the Great Pumpkin needs something to distract his supporters from the fact that he's one DOJ regulation away from being indicted.  Does any portion of Trump's base understand that American consumers are being punished with these actions?  Is their obsessive racism so strong as to drown out the hits they're going to take with their wallets?

Representative Jim McGovern (D-MA) joined the calls for the House Judiciary Committee to open an impeachment inquiry. What's most notable about this is that McGovern is the chairman of the powerful House Rules Committee.  That makes him a high-ranking member of Democratic leadership publicly disagreeing with Speaker Nancy Pelosi about the appropriate course of action here, unless of course his comments reflect a change in Pelosi's thinking.

If Senator Ted Cruz (R-Texas) and Representative Alexandria Ocasio-Cortez (D-NY) can find common ground on a bill banning former members of Congress from becoming lobbyists, then anything is possible in this crazy world.

Two chefs have called for June 25 to be "Anthony Bourdain Day." Chefs José Andrés and Eric Ripert suggest Bourdain's fans celebrate him on the 25th (which would have been his 63rd birthday)  “by cheering to Tony anywhere you want with anyone you want.”  One way to do that is by checking out CNN's new Bourdain tribute book. In fact, the beginning of the book offers a quote from Bourdain that provides some guidance about how to celebrate on the 25th:

"If I'm an advocate for anything, it's to move.  As far as you can, as much as you can.  Across the ocean, or simply across the river.  Walk in someone elese's shoes or at least eat their food.  It's a plus for everybody."

Sounds like solid set of instructions for every day, really. 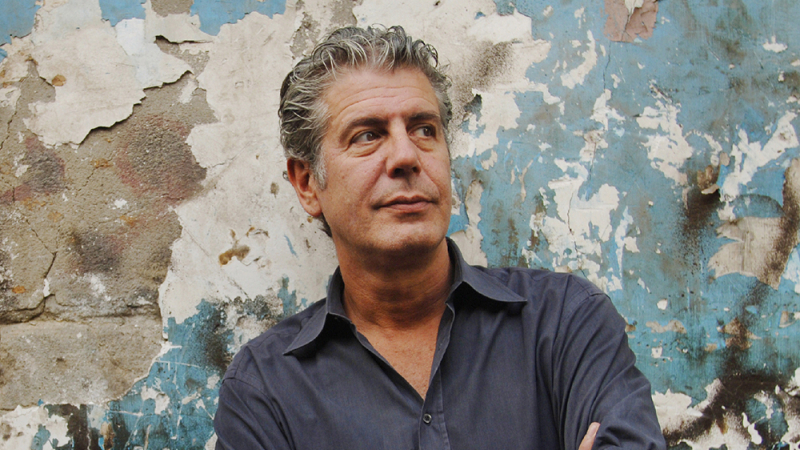 Mark your calendars for June 25.   (pic via variety.com)

Coca-Cola is looking to push their soda-coffee combination drink around the world this year, as the company continues to diversify its offerings.  "Coca-Cola Blak" should eventually land in the United States at some point, and we'll review it when that day comes.

It's good to see that St. Louis Blues forward Oskar Sundqvist was suspended for one game by the NHL for his hit from behind on Boston Bruins defenseman Matt Grzelyck in Game 2 of the Stanley Cup Final  on Wednesday.  There was no excuse for that hit.

Hey, look at this, the Toronto Raptors beat the Golden State Warriors 118-109 in Game 1 of the NBA Finals last night. Is it possible that the Warriors are human after all?

Uh-oh, BDH and Little Buddha watched this video, and now they want to know if we can adopt some bear cubs.  Gonna have to explain why that's not happening, but you can understand the eagerness when you see how cute these cubs are.

In addition to Good Omens, we have to check out the new Beastie Boys short documentary Still Ill: 25 Years of Ill Communication, which as you might guess, marks the 25th anniversary of that classic album.

Okay kids, that's going to do it for now.  Here are the Beastie Boys to close things out with some, "Sabotage,' for today's, "Song of the Day."

Thanks for stopping by, everyone.  It was great to see you, as always.  BDH and Little Buddha want to remind you that of course you're welcome to come back later and watch Good Omens or the Red Sox game with us.  Otherwise, enjoy the rest of your day, be good, and we'll catch up with you again for more fun soon.  Until next time, that's today's Clearing out the Clutter, and we are outta here.