Check Out The New Spider-Man: Far From Home Trailer

Sorry, Marvel fans, there's no time to catch your breath.  Yes, Avengers: Endgame is currently crushing it at the box office, but the hype is already ramping up for the next adventure.  The second Spider-Man: Far From Home trailer is here to get you amped up for the film's release on July 2!

Warning: This trailer reveals a major Endgame spoiler, so bail now if you don't want to know what it is.  We won't be offended.  Go.  Go now.

Okay, for those of you who are still here, it's clear that Far From Home takes place shortly after Endgame, as Peter Parker is still struggling with the death of his mentor, Tony Stark.  It looks like passing the torch is going to be a major theme in this movie.  We've got Jon Favreau as Happy Hogan, and Samuel L. Jackson as a particularly short-tempered Nick Fury, and they're both telling Tom Holland's Parker that it's time for him to step up and continue Stark's legacy.

We're not huge on the Spider-Man franchise here, and Jake Gyllenhaal has never gotten us into a movie theater.  However, we're still coming off the buzz from Endgame, and Far From Home looks like it should be a fun summer flick, so we're in. What about you? 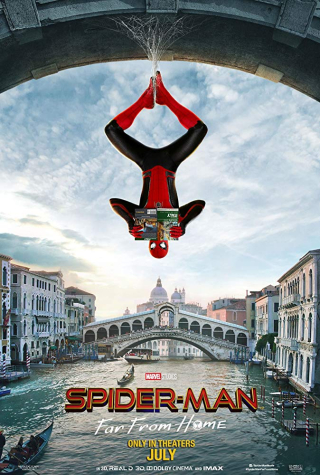 The adventures continue.  (pic via imdb.com)