Welcome back!  Come on in, have a seat.  How are you?  Things are okay here at the moment.  Still stressed about some stuff, but I'm trying not to obsess over it.  I've got a few minor aches and pains this morning, and I just realized it's probably from gardening on Monday.  I have to remember to start stretching beforehand.  Oh, BDH and Little Buddha are still looking for their next book, so any suggestions would be great.  In the meantime, the guys made coffee, so grab yourself a nice medium DD, and let's clear out some Wednesday Clutter.

Jared Kushner claimed yesterday that Russia's interference in the 2016 presidential election was simply "buying some Facebook ads," and the Mueller investigation was what really hurt the country.  The man is a walking national security risk who wouldn't have been cleared to read a newspaper in any other administration.  The fact that he so blatantly lies about an obvious fact reaffirms once again that he's not to be trusted on any matter.  His only objective is doing his father-in-law's bidding, no matter the cost, like say, helping cover up a murder. 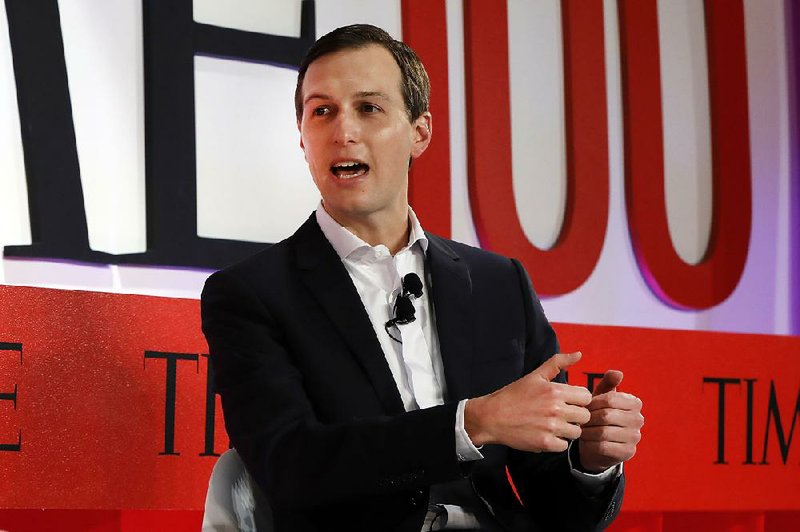 While Kushner was busy lying about Russia, Donald Trump was handling important matters like whining to Twitter CEO Jack Dorsey about alleged unfair treatment. The man constantly violates Twitter's terms of service, and he would likely have had his account deleted long ago if he wasn't in the White House, and yet, all he can do is complain that he's not getting enough love.  That inferiority complex must be draining.

A researcher says there have been almost 8,000 Boy Scouts leaders and volunteers who have sexually abused children since 1944. According to Dr. Janet Warren, those individuals have abused over 12,000 boys.  The organization didn't have much more of a response than to say they support all of the victims, but critics say the Boy Scouts should be much more transparent about the problem.

The stock market hit a new all-time high yesterday. The last eight months have been a crazy roller-coaster for investors.  The Clutter investment team doesn't anticipate huge results one way or the other for the rest of the year, but as always, their focus is really more on the long-term picture.  A properly diversified portfolio with a long enough time frame is the key to investment success.

Coca-Cola is getting more active in the global coffee market. That should worry Starbucks and everyone else, as the company continues to diversify an expand its non-soda beverage business.  Coke Coffee doesn't appear to be coming to the United States in the immediate future, but it will be here eventually.  We will have a report on it once it shows up in town, but we're not anticipating leaving the DD mother ship when that day comes.

Sam Adams Summer Ale has a new recipe this year, although we can't say we've noticed much of a difference.  What we'd really like to see is a new release schedule that has the beer coming out closer to you know, summer, rather than the start of spring.  It's fine now, but who wants to be drinking a heavy dark Octoberfest beer at the end of July?

Yesterday was a busy day in Boston sports.  Let's just get the bad news out of the way first.  After building some momentum by sweeping the first place Tampa Bay Rays over the weekend, the Boston Red Sox promptly lost both games of their doubleheader against the Detroit Tigers. We were at the night game, and it was painful to watch them leave 12 runners on base, but we did enjoy watching Michael Chavis hit a bomb for his first major league home run.  That kid's got some pop in his bat.  Eduardo Rodriguez takes the mound for the Sox tonight, as the team continues its quest to get to a .500 record.

The much more enjoyable story was that the Boston Bruins beat the Toronto Maple Leafs 5-1 in Game 7 of their playoff series, so the B's are advancing to the next round to face the Columbus Blue Jackets.  We're not making any predictions, but by most accounts, the Bruins are the best team remaining in the NHL playoffs, so the expectations are quickly increasing for this group.  The first game against the Blue Jackets is on Thursday.

The spoiler-free Avengers: Endgame reviews keep coming, and they're still overwhelmingly positive.  It does sound like this is not a movie for someone who knows nothing about the MCU, but people like that should already know better.

As we've mentioned before, Supernatural has done a good job with its rich history, and we're pretty much on board with this list of who should and should not return for the show's final season.

We're sorry to hear that Deadwood creator David Milch has been diagnosed with Alzheimer's Disease.

Fans and the cast of The Young and the Restless get their chance to say goodbye to Kristoff St. John today and tomorrow, as the show has reached the time to announce the death of his character Neil Winters.  St. John, who died on February 3, was on the show for 28 years, so we expect that to be some emotional television for everyone involved.

Okay kids, that's going to do it for now.  Here's Genesis to close things out for us with, "Land of Confusion," for today's, "Song of the Day."

Thanks for stopping by, everyone.  It was great to see you, as always.  BDH and Little Buddha say you're welcome to come back later if you want to watch the Red Sox game with them.  There are also new "One Chicago" episodes on NBC tonight, so they'd be fine with those too.  They just love hanging out with you.  Otherwise, enjoy the rest of your day, be good, and we'll catch up with you again soon.  Until next time, that's today's Clearing out the Clutter, and we are outta here.