Welcome back!  How are you?  The sun is shining, and the birds are chirping up a storm this morning.  BDH and Little Buddha think they're making weekend plans.  Works for me.  The guys made coffee, so grab yourself a nice medium DD, and let's clear out some Thursday Clutter.

Donald Trump said yesterday his administration is "fighting all of the subpoenas" that Congress is issuing. Congress has every right to investigate the executive branch.  It's a fundamental component of our government's system of checks and balances.   Trump's blanket obstruction isn't rooted in a negotiating strategy or protecting some constitutional privilege, it's to save his own skin.  Ironically, his actions could end up convincing some members of Congress to rethink their stances on impeachment hearings.

Former Vice President Joe Biden has finally formally announced he's running for president again. There are many questions looming over Biden's third run for the White House, ranging from whether he's got a sufficient campaign infrastructure, to if he fits with today's Democratic Party where voters are are generally more progressive than he is.  Plus, the disapproval over allegations about his making several women uncomfortable, and his response to those claims, hasn't gone away.  It will be interesting to see if his presence in an already overcrowded field pushes any of the other candidates out of the race in the next few weeks, or if he strikes out for the third time. 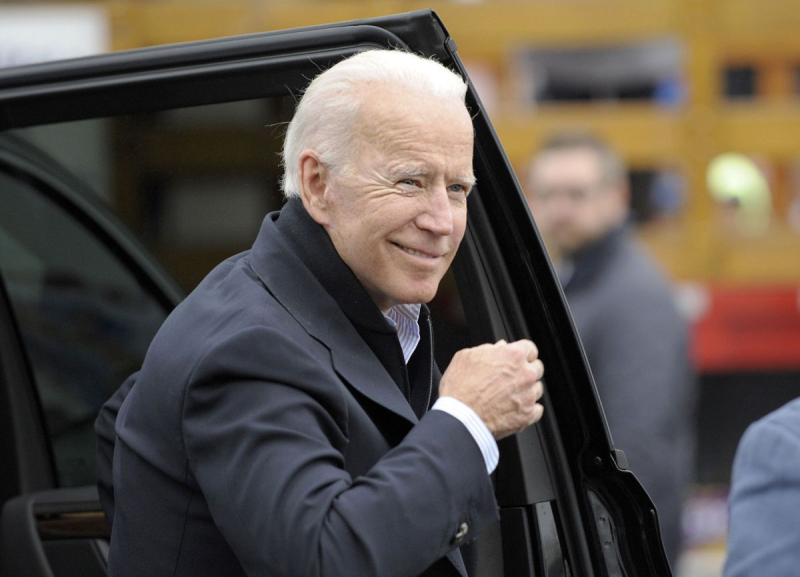 A lot of people are fired up that Boston City Councilor Michelle Wu is proposing the city charge for its residential parking permits. We don't have a stance either way at the moment.  The thing we were most struck by in the news coverage was City Councilor Michael Flaherty's objection to the idea, which would cost him $375 because his family has five cars.  Who has five cars?

Facebook is expecting to pay a fine of $3 billion - $5 billion to the Federal Trade Commission regarding its extensive privacy violations. That sounds like a lot of money, but it's would be a slap on the wrist for the social media Goliath, and it wouldn't give them any reason to change their behavior.  As Insider.com explains:

Investors were so relieved by yesterday's announcement, they proceeded to increase Facebook's value by $40 billion.

The Boston Red Sox pounded the Detroit Tigers 11-4 last night. It was terrific to see the team finally administer a beating instead of taking one.  Eduardo Rodriguez was dominant, giving up just two hits and one earned run to go with seven strikeouts over six innings.  The offense was a group effort, with everyone in the starting lineup besides Mitch Moreland getting at least one RBI. These guys needed a reminder of the damage they can cause, and maybe last night's barrage will get them going.   Rick Porcello takes the mound for Boston tonight still in search for his first win of the year while the Sox try to split the series with the Tigers.

Amy Poehler is expanding her reach, and comedy is all the better for it.

Last night was Luke Perry's final episode as Fred Andrews on Riverdale, but the actor's death will be dealt with on-screen at a later date.

There's a new Men In Black 4 trailer.  Apart from the fact that we keep thinking "Thor lost weight" every time Chris Hemsworth is on the screen, we might actually want to see this flick when it comes out on June 12.  How about you?

The classic film Tootsie has come to Broadway, and its getting great reviews.  Check out the trailer and see what the fuss is about for yourself:

Prince was an amazing artist who wrote a number of songs other musicians made famous in addition to his own extensive catalogue.  His estate is going to release an album of him performing those songs, and we have no doubt fans are going to love it.  Originals will first come out on the Tidal streaming service on June 7, and then it will be available elsewhere on June 21.

Okay kids, that's going to do it for now.  We're gonna let Prince close things out for us here with, "Let's Go Crazy," for today's, "Song of the Day."

Thanks for stopping by, everyone.  It was great to see you, as always.  BDH and Little Buddha point out that tonight is the season finale for Supernatural, so you're welcome to come back and watch that (and/or the Red Sox game) with them if you're around.  Otherwise, enjoy the rest of your day, be good, and we'll catch up with you again soon.  Until next time, that's today's Clearing out the Clutter, and we are outta here.