Welcome back!  Come on in, have a seat.  How are you?  Sorry it's a little chilly in here at the moment.  It should warm up pretty soon.  We certainly haven't been lacking for rain this month.  That's fine, because this is the greenest our grass has looked in a while, and the plants aren't complaining.  There's more rain in the forecast for later this week, but it should be dry enough now for me to get some garden time in today, and that's fantastic.  However, let's see what's going on in the world first.  BDH and Little Buddha say the coffee is ready, so grab yourself a nice medium DD, because it's time to clear out some Sunday Clutter.

It's terrible to hear about yet another act of violence in a place of worship.  This time, there was a shooting in a synagogue in California yesterday that left one person dead and several others injured.  Donald Trump claimed sympathy for the victim and said he denounced anti-Antisemitism, but this horrific event came one day after he once again defended the Charlottesville white nationalists. Trump fuels this hatred across the country on a regular basis, and no matter how much he lies to deny it, he has blood on his hands. 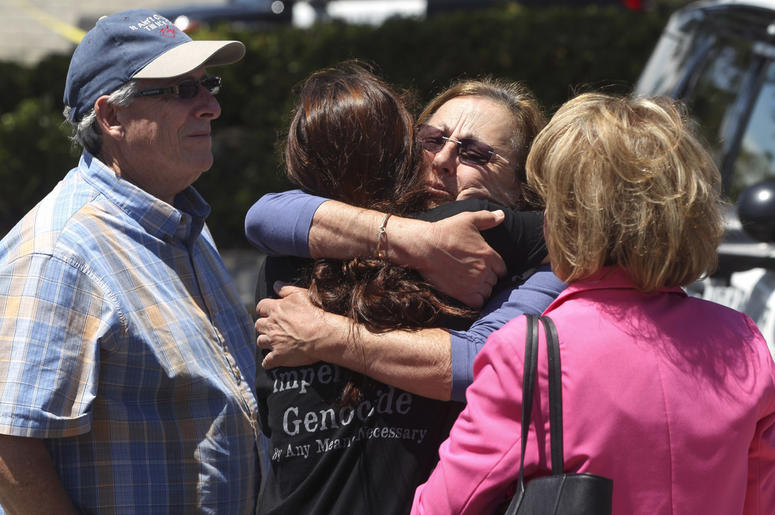 In a battle of the horrible people vs. the atrocious people, NRA President Oliver North is leaving his position after his fight with the organization's chief executive Wayne LaPierre about the organization's finances. It's too bad there wasn't a way for both of them to be pushed out together.  On a related note, it's being reported that New York Attorney General Letitia James is opening an investigation into said finances.  Our thoughts and prayers go out to the NRA during these challenging times.

The Boston Red Sox lost 2-1 to the Tampa Bay Rays yesterday. David Price was fine, giving up the two runs on four hits, while striking out seven, over six innings.  However, the Sox offense couldn't get anything going, apart from Mookie Betts hitting his 5th home run of the year in the 8th inning.  The Sox went on to load the bases later that inning, but they couldn't do anything with it.  The Red Sox starting pitching seems to be settling down after their atrocious start this year, so now we wait for the offense to warm up.  Chris Sale takes the mound for Boston this afternoon, as the lefty continues his quest for his first win of the season.

Of course we love the Red Sox around here, but the San Francisco Giants having an annual "Metallica Day" might be the coolest promotion in professional sports.

The Boston Bruins - Columbus Blue Jackets playoff series is apparently going to come down to who handles overtime better.  That's not stressful or anything.   The B's won Game 1 in overtime, but they lost 3-2 to Columbus in overtime last night. Game 3 is in Columbus on Tuesday.

Talk to us, New England Patriots fans:  Are you excited that the Pats drafted former Auburn quarterback Jarrett Stidham in the 4th round of the NFL Draft yesterday, or do you expect him to join a long list of backup quarterbacks that have come and gone without making an impact in Foxborough?

No spoilers here, but Avengers: Endgame is already destroying some box office records.

We suspect a lot of people will be disappointed to hear this, but Idris Elba got married on Friday.  Congratulations to the actor and his now-wife Sabrina Dhowre.

Shannon Doherty is joining the Fox Beverly Hills 90210 summer series. This show could end up being one of the sneaky guilty pleasures of the year.

We thought this was an Onion article at first, but apparently Jeopardy! contestants really aren't allowed to bet $69 for Final Jeopardy.  There are a handful of other numbers which are banned due to Nazi ties, but this is just silly.

Okay kids, that's going to do it for now.  Gotta get to work in the garden.   There's a lot of buzz about Taylor Swift's new video, so let's see what that's all about.  Here's Swift (along with Brendon Urie) to close things out with, "Me," for today's, "Song of the Day."

That would have been a good theme song for Unicorn Store.