The wait is over:  Avengers: Endgame has finally arrived!  Thanos demands our silence when it comes to spoilers, so we're going to keep this discussion to general thoughts (with one quick note), and then maybe revisit it in a few weeks once the film is done dominating the world.

It's been a year (in the real world) since have the population of the universe disappeared with one snap of the fingers, and our heroes are still trying to recover from their devastating loss.  They've been joined by Carol Danvers/Captain Marvel since the last film.  The only thing we'll say here is that all of the actors do a terrific job showing what their characters have been through.  There's despair, anger, some humor, and love, and this group has earned the audience's trust for all of it.

(This is the tinniest of tidbits, but it's public knowledge that Brie Larson filmed Endgame before the first Captain Marvel solo film.  They're not identical performances, and it will be interesting to see if anything from Endgame makes it into the character's next adventure.)

One of the main things that people are talking about is the length of the movie.  Yes, it runs three hours, and there are no natural bathroom breaks in the plot, so plan accordingly.  However, other than possible bladder concerns, the movie takes full advantage of those 180 minutes.  The first third of the film is pretty straight-forward.  The second third is self-indulgent, but so entertaining and satisfying.   Having a working knowledge of most of the MCU, it's safe to say you don't need to know every detail of every movie in this saga to appreciate this part.  However, those fans who are experts will likely love it.  If you don't know anything about these characters, this is not the movie for you.  Watch some of the other films first and get yourself oriented before you get to this point.

That brings us to the final third of the movie.  It's fantastic, devastating, and a fitting end to the 22 movies of the past 11 years.  No one does "epic" like Marvel, but that doesn't feel like an adequate description.  However,  it will have to do, lest we risk giving anything away.  The challenge is to make it through the entire film with dry eyes.  No one will blame you if you fail.   Warning:  If you catch a late screening, it's possible you'll have a hard time getting to sleep.  Trust us on that one.

The hype for Avengers: Endgame has reached insane levels, and most expectations are probably unreasonable...except that the movie achieves them.  Some might complain about how little screen time their favorites get, a few of the plot points seem to be a little rushed, and there are questions about the final fate of some of the characters.  However, in the end, this is a three-hour thank you to everyone responsible for the excitement of the last decade, and to the fans who enjoyed every minute of it.  Avengers: Endgame is one of the greatest comic book movies you're ever going to see. 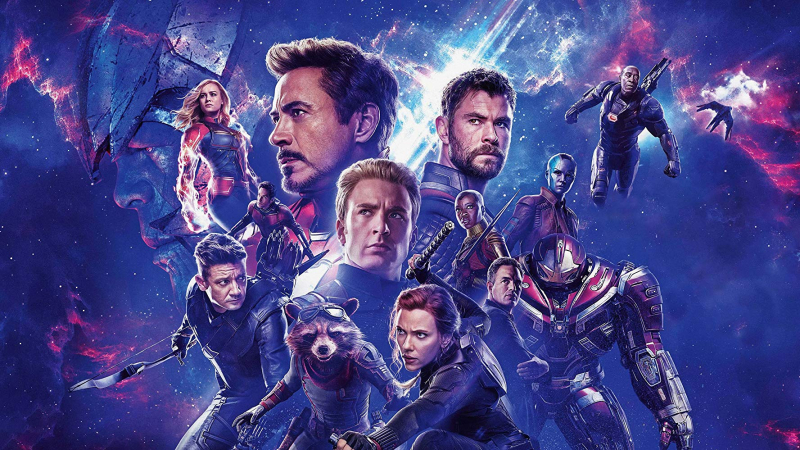 Endgame is a satisfying conclusion to the Avengers saga.  (pic via imdb.com)