Brie Larson and Samuel L. Jackson have been busy working together to save the universe, first in Captain Marvel, and then possibly in Avengers: Endgame.  (That's not a spoiler - we're just guessing.)  However, the two also teamed up in a 2017 movie called Unicorn Store, which recently came out on Netflix.  It was directed by Larson, and she stars as "Kit," a creative and quirky woman trying to find her place in the adult world.  Jackson stars as, "The Salesman" who works at the Unicorn Store.  We'll give you three guesses what they sell there.

We're first introduced via home movies to a young Kit who loves rainbows and unicorns.  She is colorful in every sense, but her vision isn't appreciated by others.  Kit is kicked out of art school and moves back in with her well-meaning parents (played by the always-terrific Bradley Whitford and Joan Cusack.)  Her folks, who run a camp for emotionally-scarred kids, try to be supportive, but it's clear they want Kit to settle down and "act like a grown-up."  A depressed Kit takes a temp job at a public relations agency, and the future looks grey, until she gets a mysterious invitation to the Unicorn Store.

That's where she meets the mysterious Salesman, who looks a bit like Jackson's Elijah Price from the movie Unbreakable, with a dash of Madea, combined with some bright suits you can't stare at for too long.  The Salesman offers Kit what she's always dreamed of:  the unconditional love that comes from her dream unicorn.  However, first Kit must prove she's worthy of this mythical creature.  She enlists the help of a hardware store employee named Virgil (played by Mamoudou Athie) to help her by building a stable for the unicorn.  Meanwhile, Kit has to deal with her day job at the agency, where she's being sexually harassed by a vice president named Gary, (played by Hamish Linklater.)

The rest of the plot is pretty straight-forward, and a little thin, but all of the main characters deliver memorable performances.  Larson's Kit is often funny, and she has a real sweetness to her.  You can feel how far her head is in the clouds, although she's occasionally so child-like, one might start to wonder if there's an actual psychological disorder that's not being discussed.  Jackson's Salesman feels like Willie Wonka with a slightly more aggressive attitude, but the actor seems to be having a great time in the role.  Larson and Jackson (who also worked on Kong: Skull Island together, have such a natural chemistry, we would have no problem with them teaming up together for a movie every year.  Athie is terrific.  Virgil clearly isn't sure about what he's getting himself into with this woman, but he's up for an adventure, and you can feel his struggle when Kit finally mentions the unicorn.

Larson does a good job with directing this movie.  The visuals are tremendous.  There are rainbows and other vibrant colors scattered throughout the film (apart from the agency), and paired with the music, the film occasionally feels like a bit of a drug trip.  The story does seem to lose track at times about whether it's a comedy or a drama.  However, in the end,  Unicorn Store is an entertaining reminder about the importance of keeping some of that childish spirit alive, staying true to yourself, and finding someone who loves you as you are. 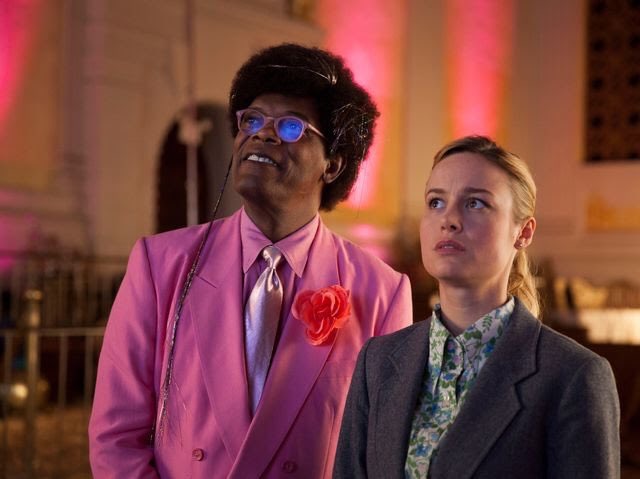