Welcome back!  How are you?  I was just telling BDH and Little Buddha about the weird dreams I had last night.  Pretty sure someone would say they were both anxiety-based, which is a drag.  Oh well.  On the flip side, it's supposed to be a nice day, the temperatures are trending in the right direction, and we've just been joined by some chirping birds, so that's a plus.  On top of all of that, the guys just made some coffee.  Grab yourself a nice medium DD, and let's clear out some Wednesday Clutter.

Declaring war on health care yesterday wasn't enough for the Trump administration.  Education Secretary Betsy DeVos did a terrible job of trying to defend to Congress proposed education budget cuts that include eliminating the Special Olympics.  The reductions equal almost $7 billion, as Republicans have never thought the federal government had a role in education.  Really, who needs an educated population?   Educated workers have stronger demands and bargaining power, and that's no good for the GOP.

Donald Trump doesn't seem to grasp/care that health care is the primary reason Republicans lost the House in 2018, so if he really wants to make that the focus of 2020, Democrats will happily engage in that fight.  However, there's still plenty of room for discussing the obstruction of justice charge Trump can't shake.  Multi-tasking isn't hard.

Speaking of which, George Conway says he believes it's clear Robert Mueller wants Congress and the public to make the final decision about said obstruction.

Apple formally announced their new TV streaming service on Monday. It probably wouldn't take much to get us to switch from Netflix, except that we still like occasionally getting DVD's for the Northern Estate, and there was no information about how much Apple TV+ will cost.  It starts this fall, so we'll wait for more details before making any decisions, but what do you think - is this a big deal, or just another of many entertainment options?

Apple is also getting into the credit card business, but we're not seeing any reason to rush to get that card.  Is this something you're dying to have? 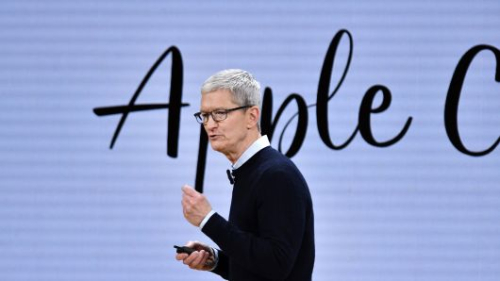 Tim Cook and Apple are looking to become less dependent on iPhone sales.  (pic via cnbc.com)

Elon Musk will be in court next week. The Tesla founder and CEO stands accused of violating the plea deal he made with the Securities and Exchange Commission regarding his misleading use of social media.  Musk agreed in that settlement to have his tweets vetted ahead of time, and then he sent another inaccurate one about the company's production targets in February.   Musk is probably just looking at a fine, but he still seems like a man desperately in need of a support system that's nowhere to be found at Tesla.  Maybe everything will work out fine for the company's investors, but we wouldn't place our money somewhere that seems that unstable.

Good to hear that work is advancing on a new male birth control pill. A recent study had positive results as far as side effects are concerned, although it sounds like it could still be some time before any drug receives final FDA approval.  In any case, men should be taking more of a responsibility for contraception, so here's to more positive developments on this front.

In one of our most favorite signs of the arrival of spring - the Boston Red Sox take on the Seattle Mariners in their 2019 season opener tomorrow! Chris Sale takes the mound for the Sox in his second consecutive Opening Day start for Boston.  The team begins the season on the road, which means we've still got about 2 1/2 weeks before our first trip of the year to Fenway Park.  Can't wait!

Good for Major League Baseball for suspending San Francisco Giants president and CEO Larry Baer until July 1 without pay, following Baer's recent involvement in a domestic violence issue with his wife.  Baer says he's not going to fight the suspension.

New England Patriots owner Robert Kraft pleaded not guilty to his prostitution solicitation charges yesterday.  In other words, he "apologized" for his actions earlier in the week, but he has no desire to face any actual repercussions for his behavior.

The NFL has decided to make pass interference reviewable for the upcoming season. The owners bowed to pressure from the New Orleans Saints, after they were victims of a huge missed call in last year's NFC Championship Game against the Los Angeles Rams.  (Of course, the Saints also had additional chances to win that game and blew them, but that's a different story.)  This doesn't seem like it's a great idea, but we'll see.  At least the owners didn't approve the ridiculous Kansas City Chiefs proposal to guarantee each team one possession in overtime, an act of whining that dwarfs the Saints' idea.  If your defense does its job and stops a touchdown, you get the ball.  It's simple, and it makes sense.  Anyway, let's move on...

Pittsburgh Steelers head coach Mike Tomlin says he considers last year "a failure," thus joining the ranks of everyone else who saw the Steelers play last year.  Tomlin would be gone by now if he worked for any other team whose owners didn't have such a thing about not changing coaches.  There's no reason to think he'll be more in control of his players this year, so good luck with that, Steelers fans.

We're rooting for NFL Hall of Famer Michael Irvin, who announced on Instagram yesterday that he's spent the last two days being tested for throat cancer.  Here's hoping those tests turn out negative.

The Boston Celtics beat the Cleveland Cavaliers 116-106 last night. The win secured a playoff spot for Boston, so it's confirmed that we'll see if this team can "flip a switch" in the postsseaon like they've claimed they'll be able to do all year, despite little evidence to back it up.

Marvel released some sharp new posters to remind everyone that Avengers: Endgame comes out in a month, as if we could have forgotten.

Okay kids, that's going to do it for now.  P!nk has a new album coming out in April, so let's close things out with a look at the first single.  Here's, "Walk Me Home," for today's, "Song of the Day."

Thanks for stopping by, everyone.  It was great to see you, as always.  Oh, BDH and Little Buddha say that Chicago Med/Fire/P.D. are back with new episodes tonight, so you're welcome to come back and watch those with them, if you like.  Otherwise, enjoy the rest of your day, be good, and we'll catch up with you again soon.  Until next time, that's today's Clearing out the Clutter, and we are outta here.