Welcome back!  Come on in, have a seat.  How is your week going so far?  I'm feeling much better than I was yesterday, thank you very much.  Apparently all I needed was a solid night's sleep (and some great care from BDH and Little Buddha, of course.)  All in all, Monday was productive, so let's see if we can keep that going today.  The guys just brought in a fresh pot of coffee, so help yourself to a nice medium DD, because it's time to clear out some Tuesday Clutter.

The Trump administration is declaring war on millions of people by declaring that the Justice Department will no longer defend the Affordable Care Act (ACA) in any way. The ACA is deeply embedded into our nation's health care system at this point, and striking it down would be catastrophic across age groups nationwide.  The announcement also makes it clear yet again that Republicans who claim to have any interest in protecting people with pre-existing conditions, lowering drug prices, or really, offering any type of solution to the health care problems in this country, are lying.  Wait, that's not entirely true - their solution for people who can't afford health care is pretty simple:  Let them die.  Thankfully, a coalition of Democratic-led states will continue to fight for the ACA in the courts. 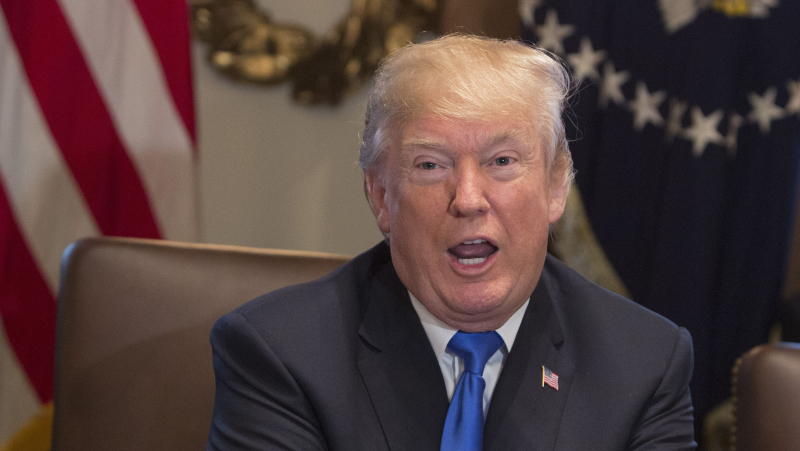 Good to hear that the Massachusetts legislature is planning to vote on a bill that would allocate state funds to any reproductive health clinics that lose federal dollars because of the Trump Administration's new proposed Title X family planning restrictions.  The specifics of the legislation haven't been released, but we expect Governor Charlie Baker would sign whatever reaches his desk.

Six Democratic House committee chairman have demanded the Justice Department turn over the complete Mueller Report by April 2. Donald Trump claims he has no problem with that.  Trump also threatened retribution against his critics, following Attorney General Barr's summary of the report.  In a quote that would make Vladimir Putin proud, Trump said:

‘‘We can never let this happen to another president again,’’ he said. ‘‘There are a lot of people out there that have done some very evil things, very bad things, I would say treasonous things against our country.’’

‘‘Those people will certainly be looked at. I've been looking at them for a long time. And I'm saying, why haven’t they been looked at? They lied to Congress. Many of them you know who they are.’’

If the Mueller Report offered Trump a "complete exoneration," as he and his supporters claim, why would Senate Majority Leader Mitch McConnell block a resolution calling for its public release?  Shouldn't McConnell want that sucker spread far and wide across the country?  It's almost as if he knows Attorney General Barr's summary is a sham or something.

It's an awful feeling of deja vu, since we just wrote something similar on Monday, but it's heartbreaking to hear that the father of a girl killed in the Newtown school massacre apparently committed suicide yesterday.  Jeremy Richman spoke often about the pain he dealt with following the death of his daughter Avielle:

I want people to hear the reality of it," he said. "I want people to know that [the victims] were brutally blown apart with a large gun" and how the pain made him feel as though he'd "get spun right off the planet." Making people feel the scale of the horror, instead of turning away, he hoped, would motivate them to take action.

Once again, we've let down those who have endured such terrible trauma.  Other countries make it clear time and time again that there's no excuse for hiding behind empty "thoughts and prayers" when it comes  to gun violence.  We can actually take action to address this stain on our country.

Attorney Michael Avenatti was charged with wire fraud and extortion in two different cases yesterday. Avenetti was formerly the lawyer for adult film star Stormy Daniels in her fight against Donald Trump.  However, the two apparently went their separate ways recently, with Daniels accusing Avenetti of treating her "dishonestly."

There was a scary moment in yesterday's Boston Red Sox - Chicago Cubs game, as Sox pitcher Rick Porcello took a line drive off his head. However, Porcello was back on his feet before Cubs catcher Wilson Contreras even made it to first base, and he stayed in the game.  Hopefully there won't be any lasting impacts for the righty.

Rob Gronkowski's agent is already opening the door to Gronk's retirement being short-lived. New England Patriots fans would love that, but we hope it's not the case.  Gronk has his long-term health to consider, and we already have some fear of what he's going to look like in 10 years at the old age of 39, given the abuse his body has taken to this point.  It's hard for athletes to walk away, but he should look back on his amazing career with pride and figure out the next chapter of his life.

Former UFC champ Conor McGregor unexpectedly tweeted his retirement from the world of MMA yesterday. McGregor had been in discussions for a fight in July, but maybe they didn't go as well as he'd hoped.  If this tweet was a negotiating tool, it doesn't seem to have worked, because UFC boss Dana White responded by saying it totally made sense and wishing McGregor the best of luck in his future endeavors.  McGregor is apparently making a fortune with his new tequila business, and that's a much less physically-demanding way to earn a living, so maybe this was a serious announcement.  Let's check back in here in a couple of months.

Former guest stars continue to weigh in on the announcement that Supernatural is ending next year. It's amazing how many people have passed through that show at one point or another, but that what happens when you've lasted 14 seasons (with one more left to go.)

Okay kids, that's going to do it for now.  Dedicated to no one in particular, here's Stevie Wonder to close things out with "Part Time Lover," for today's, "Song of the Day."