Home Archives Profile Subscribe
(Review) The Dirt
(Book Review) How To Be Alone: If You Want To and Even If You Don't

Welcome back!  Come on in, have a seat.  How are you?  Everyone here is fine, although we're in denial about the light amount of snow currently covering the car.  No one mentioned that being in the forecast.  However, today's high temperature is supposed to be almost 50 degrees, so we're just going to pretend we never saw that.  We're usually not here on Saturdays, but BDH and Little Buddha saw a few headlines they wanted to discuss, so they asked if I could do some typing for them. The guys also made some coffee, so help yourself to a nice medium DD, because it's time to clear out some Clutter.

The major news of course is that Robert Mueller submitted his report to Attorney General William Barr yesterday. The question now is, where do we go from here?  First, the entire report must be made available to the public.  Barr's summary to Congress is insufficient.  The American people have a right to know exactly what Mueller found about Russia's interference in the 2016 presidential election.  Donald Trump was obsessed with stopping this investigation for 22 months, and given the man's pathological need to lie on a daily basis, neither he nor any member of his administration can be trusted to summarize the investigation's findings.

Second, while it appears the report may not recommend any further indictments, this investigation has led to guilty pleas from key Trump insiders and criminal charges for 34 people.  It pulled back the curtain to reveal financial crimes, as well as connections between Trump's inner circle and Russia, and that story is far from over.  Trump still faces multiple investigations, including from the Southern District of New York and congressional committees.  We applaud Robert Mueller for his work, and now let's hear the complete story of what he found. 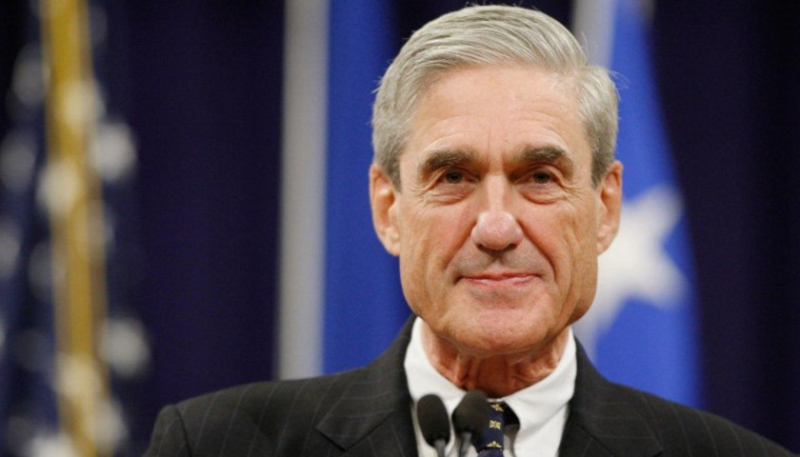 The Mueller Report is just the start of the next chapter.  (pic via tennesseestar.com)

Was yesterday a good day on Wall Street?  No, no it was not, as recession fears continue to grow.

Big news out of Fort Myers, as the Boston Red Sox have reportedly come to terms with Chris Sale on a contract extension for five years/$145 million. Sale gets an opt-out clause in 2022, and some of the money is deferred.  We're generally good with this deal.  The lefty turns 30 next week, and while there are concerns about his ability to stay healthy over the course of a season, manager Alex Cora seems to have a good handle on when to rest Sale to keep him sharp for the post-season.  The last year or two of the deal might be an issue, but for now, the Red Sox pitching rotation has their anchor in place for the foreseeable future.

The next question becomes, will the Sox lock up shortstop Xander Bogaerts before the end of spring training as he heads into the final year of his contract?  If they do work out a deal, do we need to start thinking about whether or not Mookie Betts will be on the trading block?  The Sox certainly have the financial resources to pay Betts what he wants in two years.  However, it's not clear that they'd be willing to shell out big money for all three of these guys.

The Florida sheriff involved in the Robert Kraft prostitution solicitation case thinks it's likely the video evidence of the New England Patriots owner committing the alleged acts will eventually be released.  Even if Kraft buys his way out of a conviction, or ends up with just a slap on the wrist in court, that tape would hang around his neck for years to come.

It's sad to hear that Supernatural will be calling it quits after its 15th season next year. As we mentioned yesterday, and many other times before that, it's a creative show that's found ways to reinvent itself time and time again, and you would be hard pressed to find two actors who have better chemistry together than stars Jensen Ackles and Jared Padalecki.  However, 15 seasons is about 100 years in real time, so all good things must come to an end.  It's just good to see that the show will get to finish its story however it sees fit.  The ultimate fate of the Winchester brothers could go in just about any direction, and we look forward to seeing which one these guys pick next year.

If you need a good laugh, listening to comedian Amy Schumer talk about sex, relationships, and pregnancy in her new special, Growing, should do the trick.

Finally had a chance to watch the "Kensi and Deeks wedding" episode of NCIS: Los Angeles yesterday.  It was a real treat for longtime fans.  The show finally revealed what was in the box Kensi gave Deeks six years ago (the payoff was perfect), and there was a special guest who came in at exactly the right moment.

For our friends in the New Jersey area - it appears that the late pro wrestler King Kong Bundy left behind a lot of cats, so if you're looking for a pet, BDH and Little Buddha urge you to consider giving one/some of these guys a home.

Okay kids, that's going to do it for now.  In honor of Supernatural, let's close things out with the show's informal theme song.  Here's Kansas with, "Wayward Son," for today's, "Song of the Day."

Thanks for stopping by, everyone.  It was great to see you, as always.  Enjoy the rest of your Saturday, be good, and we'll catch up with you again soon.  Until next time, that's today's Clearing out the Clutter, and we are outta here.